Next on The Scoop: Texts from Mittens: The Phil Tribute Edition
Let's Talk

Are You Cut Out for All Levels of Cat Rescue? I’m Not

We all have emotional thresholds, and over the years I've certainly found mine.

Some of us have softer hearts than others. Maybe this is a good thing. I have one of the softer hearts. Have you ever been told, “You’re too sensitive?” That’s me! Not that being sensitive is a bad thing. I refuse to believe that, and I’m beyond (thank goodness) trying to change my wiring.

Just the same, a recent incident with my cat Kieran was a jolting reminder of my psyche. Kieran recently got an X-ray to determine the extent of arthritis in his spine, and it also showed a pellet lodged in his abdominal wall. It knocked me off my feet for a moment. It had to have happened before we had Kieran, because we’ve kept him inside since we adopted him. I know this terrible stuff happens all the time. But having it happen so close to home hit me hard.

First came a sickening feeling. How could anyone do this to my cat? Then came guilt. Am I feeling worse about this because it happened to MY cat? I had some time to process it, and I reached a conclusion:

I would not do well in some kinds of cat rescue. 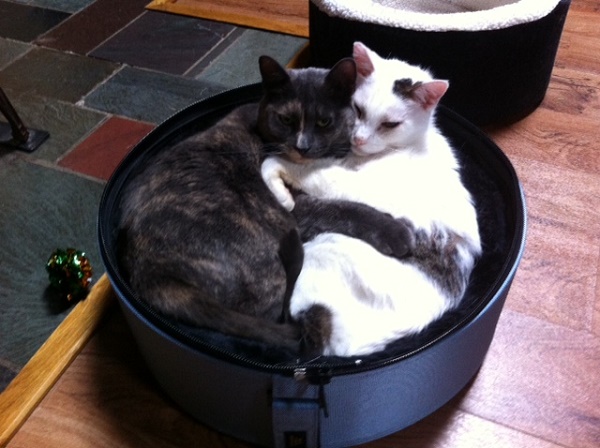 Jamie Bluebell and Kieran snuggle in their Sleepy Pod. Kieran’s a sweet and pretty quiet boy.

I realized, for example, why I have hesitated to get involved with a local TNR group in my rural area. This group does good work. But I if I had to know, or to hear, that kittens had been killed by someone before TNR could be explained, or applied, or its benefits described — well, I’m not sure I could handle that. Maybe I am a person who sometimes needs to stay away from certain things.

Years ago, I volunteered at a kill shelter. Strangely, this did not affect me as emotionally as Kieran’s pellet, nor did hearing about kittens being killed on farms. I probably rationalized (correctly or not) that these cats at the shelter were at least being euthanized humanely. But it still bothered me, and I admit that I am happier volunteering in a no-kill shelter, even though I understand (as one cat blogger recently said) that we are nowhere near a no-kill world.

The lesson here for me? We all have our emotional thresholds. Some of us can take more than others, and some can tolerate different things or situations in the world of animal welfare while others canno. My threshold seems to be relatively low. I totally get it when I see people on Facebook objecting to postings of animals on death row. These disturb me, too. I want to do something, and I feel so helpless. 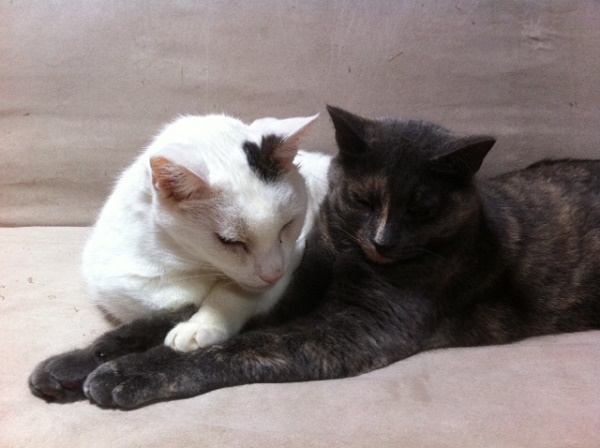 Kieran and Jamie nap on the couch. Jamie feels secure with the laid-back Kieran and doesn’t cuddle with any of the others.

What to do instead? How can I contribute to the world of cat welfare and keep my psyche (and sanity) intact? Here are some. Maybe these will inspire you and give you some ideas. 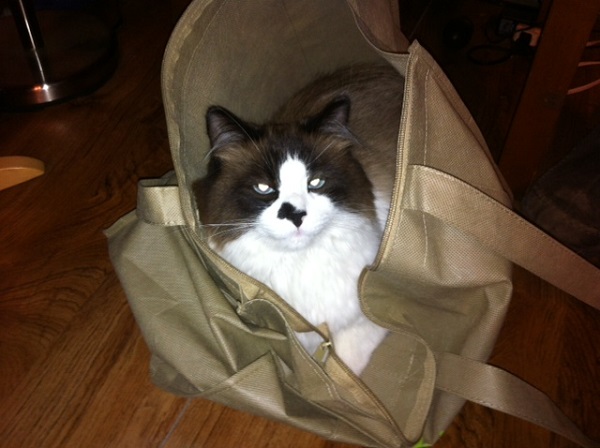 Zorro’s rescue was low key. It involved trapping, neutering, and keeping (instead of releasing).

I greatly admire those who can handle more than me. Cat welfare needs you — as it needs all of us. We all have things to contribute. Whether or not you can handle the rougher parts of the animal welfare world, consider what can do for cats. Nothing is too big or too small.

What areas of cat rescue do you believe are right for you? Let me know in the comments.

About Catherine Holm: Cat Holm loves writing about, working for, and living with cats. She is the author of The Great Purr, the cat-themed memoir Driving with Cats: Ours for a Short Time, the creator of Ann Catanzaro cat fantasy story gift books, and the author of two short story collections. She loves to dance, be outside whenever possible, read, play with cats, make music, do and teach yoga, and write. Cat lives in the woods, which she loves as much as really dark chocolate, and gets regular inspiration shots along with her double espresso shots from the city.