Next on The Scoop: Is Your Cat Meowing Too Much? Here’s What You Can Do
Catster Magazine 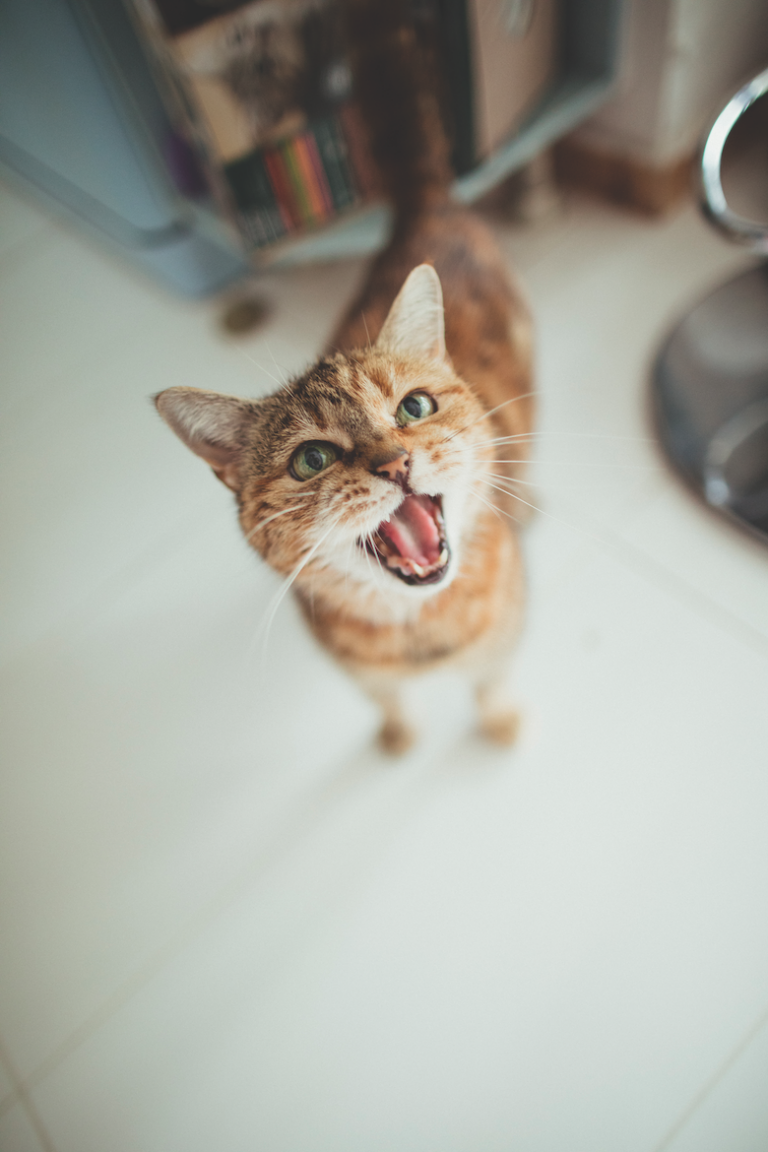 Although strange to us, they are purrfectly natural for kitty.

Cats can be weird. They do things like knead on blankets as if they are making bread dough, bump you repeatedly with their heads for attention and chatter like parakeets when playing with their toys. As  if all that wasn’t goofy enough, they sometimes zoom around the house for no apparent reason and stick their butts in your face when you try to pet them. Although cats do a bunch of wacky things that don’t make sense to us, according to experts, these behaviors make plenty of sense to cats.

When cats bump their heads against you, it’s a sign of affection. But what is behind this way of saying “I love you”?

“Head bumping and rubbing cheeks stem from scent rubbing, where cats release the ‘facial pheromone’ from their cheeks,” says Liv Hagen, manager of Shelter Behavior Services for the Animal Humane Society in Minnesota. “They rub this pheromone on objects and people they are claiming as theirs.”

The head, cheeks and neck are also the most comfortable places for a cat to receive petting, so this can be an offer for interaction that is positive for the cat.

“The cat is showing you what feels good,” she says.

Facial rubbing can also be a way for a cat to soothe herself when she is feeling unsure. “You may have noticed your friend’s shy cat keep her distance from you but rubs like crazy on the chair she’s sitting by,” Liv says. “This is a behavior that can help cats feel certain of something. ‘I don’t know you, and I feel a little stressed, but I do know this chair is mine, and that makes me feel better!’”

One of the most common yet mysterious behaviors cat owners often witness is kneading. Your cat places his front paws on a soft blanket, a pillow or your stomach, and begins to push in and pull out, alternating the left paw with the right. This action is often accompanied by a dazed expression and sometimes a drooly mouth.

According to Liv, kneading behavior in cats is a sign of contentment.

“Kneading may come from kittenhood, when cats knead during nursing,” she says. “Experiences that satisfy a biological need are very positive for animals, and the behaviors displayed during these experiences are tied to and thus can carry over to other positive ‘feel-good’ situations.”

Liv says that kneading begins as a response to the gratification of satisfying a biological need (like being close to Mom and getting milk) and then later translates to the need for affection, social interaction, comfort and safety.

“When a cat kneads on their human or other object, like a pile of blankets, it may be their way of acknowledging contentment and satisfaction,” she says.

If you have a cat, you’re probably no stranger to the “chatter.” Your cat spies a bird out the window or is stalking a toy. He starts to chatter his teeth and make little chirping sounds as he stares intently at his “prey.”

According to Jill Goldman, PhD, a certified applied animal behaviorist in Los Angeles, California, this chatter is one of at least 12 vocal sounds cats makes. So why do they do it?

“The chatter is believed to be an involuntary action while cats observe prey,” Dr. Goldman says. “Its function is uncertain, but it’s possible the juddering jaw movement is a recreation of the actions used by the cat to kill its prey.”

Watching your cat run around like a lunatic for no apparent reason can be pretty funny. Although it seems random, your cat has real motives for this crazy behavior.

Related: What Are the Cat Zoomies and Are They Ever Anything to Worry About?

“Zoomies can happen as spontaneous fun or can actually be in response to a specific trigger,” Liv says. “Sometimes, lack of play or an uncomfortable situation can trigger zoomies. If your cat has regular vet visits, a clean bill of health, and space to run and play hunting games, they are probably having a silly moment. Enjoy!”

Liv adds a word of caution for cat parents who are present during a session of feline zoomies.

“Zooming can be very arousing for cats,” she says. “Some cats flop over when they’re done with their zoom, but running and letting loose can also lead to overstimulation. Be aware of twitching, swatting and tail lashing, which all might be signs your cat is about to turn his exuberance onto you.”

In this situation, Liv recommends being ready to engage your cat with a wand toy or by tossing treats the cat can chase and “kill.”

You know how your cat likes to stick his tush in your face all the time? Turns out this behavior is related to head bumping. Presenting the butt is basically the tail end of the odor-exchange-social-greeting sequence, according to Dr. Goldman.

“When friendly cats scent exchange, they rub their bodies against one another, usually moving in opposite directions, starting head-to-head, then body, and ending with their butts facing one another,” Dr. Goldman says. “Cats rub their heads, bodies and tails alongside one another to exchange odors from scent glands located on their head, mouth, chin, ears and tail. This
is likely why your cat’s butt ends up at your face: You weren’t moving in sync.”