Next on The Scoop: A Cat Person’s Guide to Dating
Celebrity Cats

Intrigued about the upcoming dog-themed film? Don't miss this catty parody of the official trailer.

As we reported on Dogster on Monday, the new movie Seven Psychopaths introduces us to a scene-stealing Shih Tzu named Bonny who’s the catalyst for the story. Well, Catster readers, if that doesn’t move you, the film’s equal-oppawtunity marketing team offers a creative, kitty-themed publicity campaign that just might. 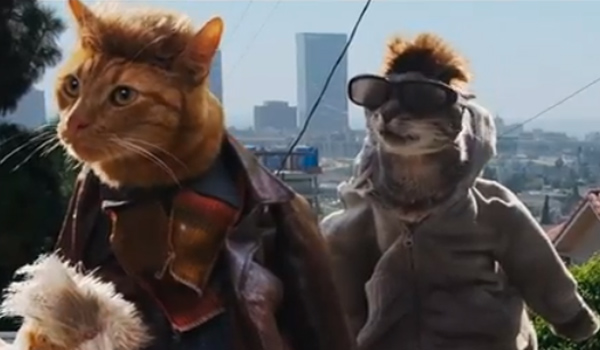 It’s a spoof of the movie’s official trailer, only it features a septet of PsychoCATS instead of the likes of Christopher Walken, Woody Harrelson, Sam Rockwell, Colin Farrell, and Tom Waits. The plot catalyst is still a canine, only here he’s a plush toy dog.

The official trailer was expertly knocked off — with the full cooperation of the filmmakers — by Jim Tozzi, an alumnus of Cartoon Network’s Adult Swim, who has also directed music videos for Mercury Rev and Moby (he has also designed animation characters and puppets for MTV).

After all, why should one Shih Tzu get all the attention when there are seven thunder-stealing psychocats waiting in the wings? Each of the feline psycho-impersonators was cast with purr-fect precision. Especially effective is Christopher Walken’s charismatic cat counterpart, a suitably serious, pale-faced Sphynx. And we predict that beauteous Bond girl Olga Kurylenko’s kitty counterpart will inevitably earn the nickname … Pussy Galore. 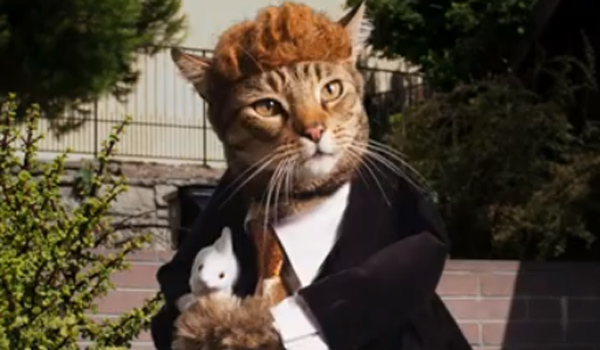 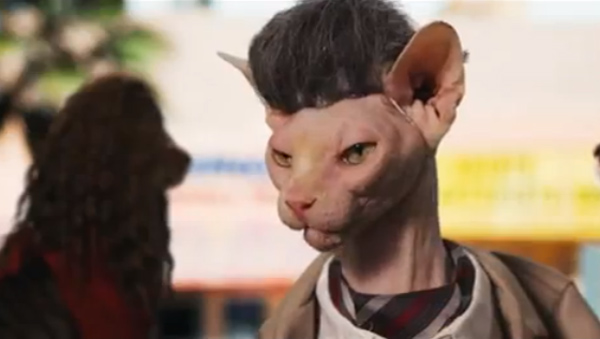 Watch the trailer, then use the comments to let the filmmakers know what you think!