Is it time to switch to a natural cat litter? Here's how these brands went over at my house.

The kitty litter box is kind of a big deal. Take it from Business Cat, whose adorable striped tie demands you take him seriously when he explains the finer points of creativity in the workplace: 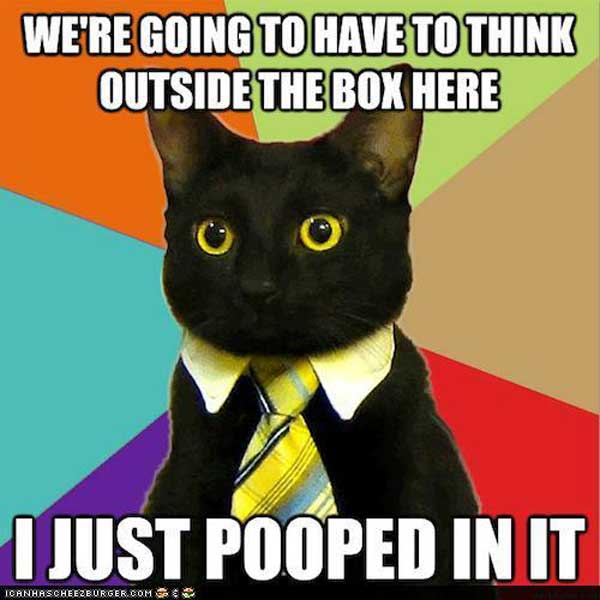 No matter how you try to lighten it up, the simple fact is that having a cat means keeping a box of poo in your home. My two cats, Bubba Lee Kinsey and Phoenix, happen to be gold medalists in synchronized sleeping: 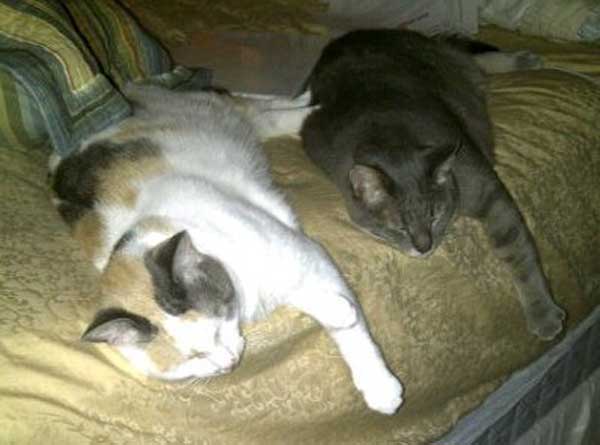 They occasionally turn on each other, though: 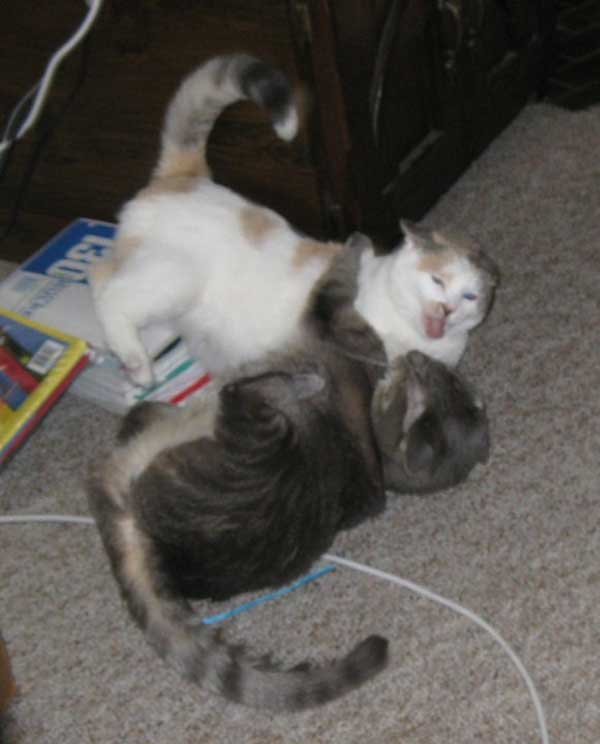 That’s why I have one box for each cat to ensure harmonious litter box compliance. I live in a small apartment, so the only place for the boxes is in the kitchen; therefore, odor control is super important. I’m also on a budget (read: I would rather spend my money on fancy coffee and shoes), so that litter needs to clump tight to ensure I can get the most out of each purchase.

Most of all, though, I want what’s best for Bubba and Fifi. I’ve always used clay litter because it’s cheap and effective, but I recently read Cat Daddy by Jackson Galaxy and was shocked to learn that the silica and dust in many clay litters can give kitties cancer and asthma. So I hit the aisles of my local Super Target to find a natural litter that works well and keeps my kitties healthy. (Note: My cats are delightfully unfinicky when it comes to new foods and litters. Cats are creatures of habit, so a gradual switch to new litter might be best.) Here’s what I found. 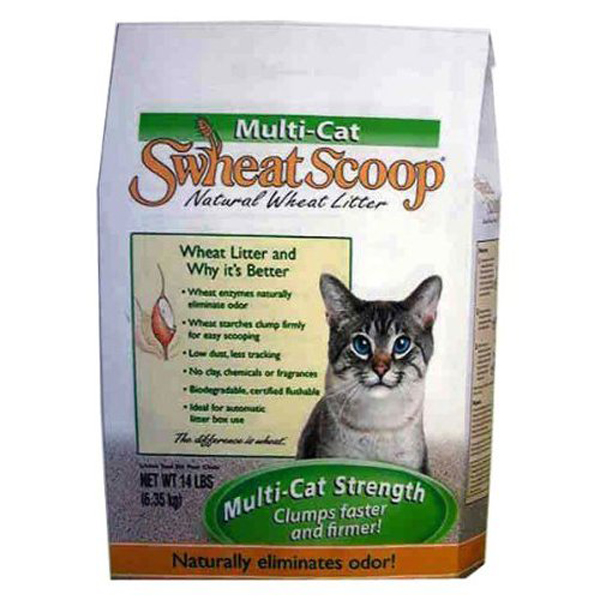 Results: The natural wheat enzymes in this soft litter form clumps and neutralize odors without chemicals. The only problem: The litter has an almost earthy scent that reminds me of harvest time on my grandmother’s farm. It would have been fine in a larger space, but I could smell the wheat the minute I walked in the door. Also, the clumps were larger and looser than clay. The price of Swheat Scoop is reasonable, but because I had to throw out so much each time, I went through it quickly. 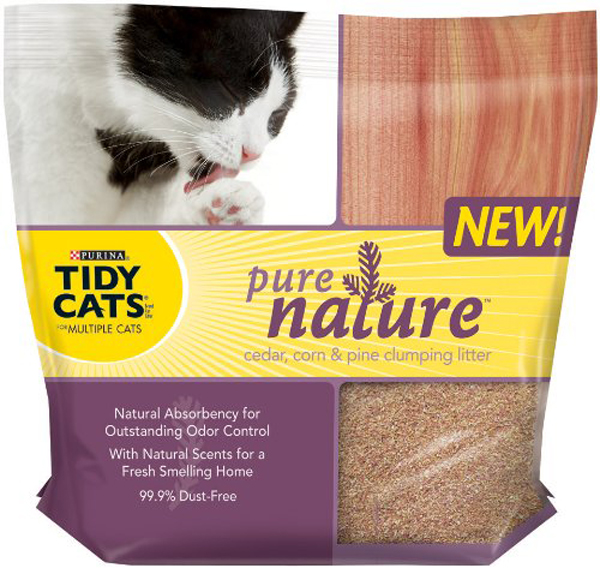 Results: I have used Tidy Cats for years, so I was glad to see it has begun offering a natural alternative. The scent is fresh and almost pleasant, like your litter box just stepped out of the shower. The main downside is that because this litter is so light, little kitty feet tend to track it everywhere. 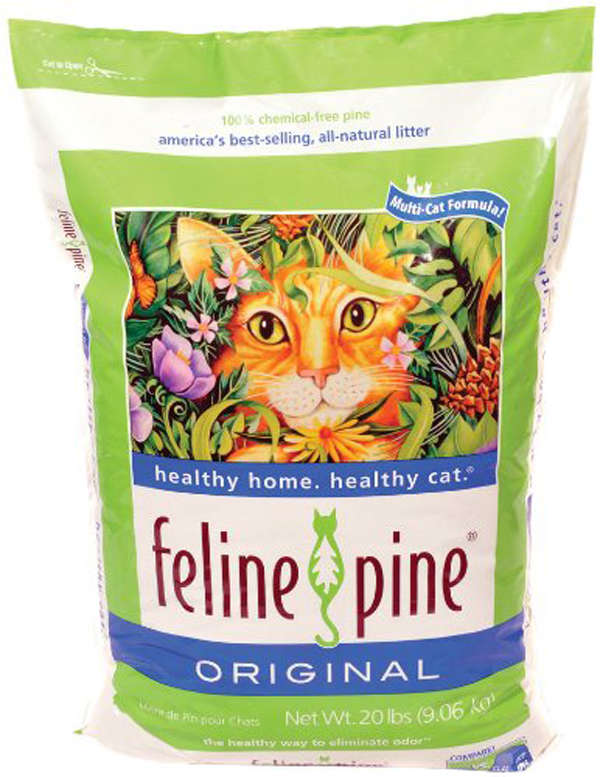 Results: This litter did a great job controlling odors, but the pine scent was a bit overwhelming. It was weird for my morning trek to the cereal box to smell the same as getting lost on the walking trail at Girl Scout camp. Also, the clumping situation was not great; if I tried to shake the scoop to separate clean from dirty litter, the clumps broke apart. The good news is that there’s hardly any dust, and it’s great for cats post-surgery or with sensitive feet.

Bonus: The photo on the bag is delightfully trippy. 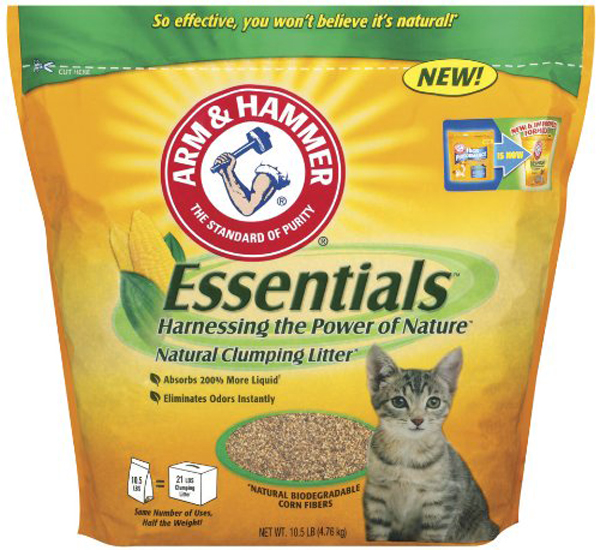 Results: Arm & Hammer baking soda prevents my fridge from smelling like forgotten leftovers, so it’s no surprise that this litter neutralizes odors almost immediately. It also has some serious clumping capabilities, and the cost is reasonable. My cats took right to it without a moment’s hesitation, almost like they’d creepily been waiting for it.

Results: The scent of this litter is hard to pin down. It’s supposed to be lavender, but it’s almost musky. When I was a kid, I bought a bottle of ancient perfume at a neighbor’s garage sale and doused myself in it before walking home in 95-degree weather, and it reminds me a bit of that experience. (Note: Unscented varieties are also available.) But once the litter was in the box, I couldn’t smell it at all, and the clumping powers are pretty much magical. The only downside is the price; otherwise, the World’s Best Cat Litter seems to live up to its name.

Editor’s Note: Catster readers, have you tried any of these brands? How did it work out? And what litter would you add to this list?