Next on The Scoop: Texts from Mittens: The Reenactment Edition
In the News

The Golden Kitty Awards: Vote for Your Favorite Cat Video

When cats took over the Internet, it was unanimously decided that YouTube videos would be a key propaganda tool. Since that decision — which most feline historians date back to the mid-2000s — cat videos have become a legitimate phenomenon. Seeking to acknowledge sterling feats in the medium, the Golden Kitty Awards are given out to each year at the Internet Cat Video Festival each year to the most fantastic cat videos. Now you can help decide 2015’s winner. 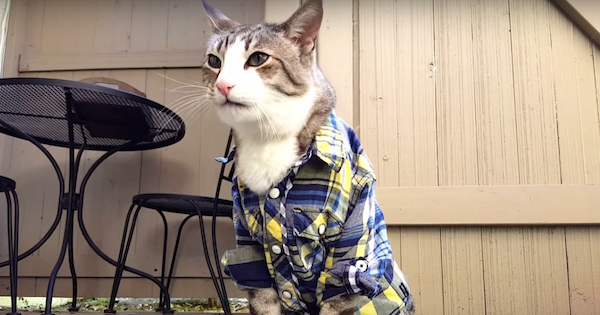 The victor of this year’s award will be announced at the annual Internet Cat Video Festival on Aug. 12. Past winners include Henri le Chat Noir and his owner Will Braden (who got the inaugural Golden Kitty award) not to mention a certain feline named Grumpy Cat.

Here are this year’s nominees seeking to join such esteemed company.

First up, Pavlov’s Kitty documents a savvy cat named Pecan who has learned how to ring a bell to summon his human to bring him treats.

Next we have a fearless Savannah who fought off a marauding bear.

Cat Behavior Finally Explained does what its title suggests and breaks down the science behind common feline activities from a cat’s point of view.

Napo the curious kitty is our next nominee, as this fancy-haired feline receives a brain freeze after chowing down on some ice cream.

Visit the official Golden Kitty Awards site to do your duty and cast your vote. (Note: Voting closes on July 31, 2015.)

Posted in Vid We Love, Cats Own the Internet, In the News,