Next on The Scoop: Watch This Cat Attack an Automatic Food Dispenser
Confessions

How My Cat’s Name Went from Lucifer to Furball

So, Lucifer didn't work out, which surprised no one. But how did I get to Furball? Read on to find out!

Ridiculous and cliched pet names have always made me roll my eyes. When I was a teenager, my friend had a Golden Retriever named Goldie, and their second dog was named Rusty. I also knew of cats called Brother Cat and Sister Cat, but since they were named by two kids, at least there was an excuse for their LOL names.

I remember having a conversation about pet names with a very chic and trendy friend. His thought was that you should never name your pet after a thing or a cutesy adjective. Thus, names like Socks and Fluffy were completely inappropriate. He felt that pets should be dignified with a proper human name. Kind of gives new meaning to the phrase "proper name," doesn’t it? 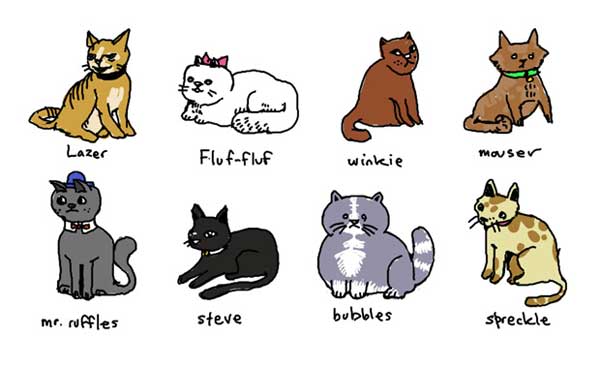 So when I adopted my cat, I knew there was no way I was going to give him a stupid name. He’d have a super cool and carefully chosen name — one with a fascinating story behind it, which might even be written about in an article one day.

When I brought home that little black ball of fur, he needed a new name right away. The shelter had named him Tinker, which ranked high on my list of the ultimate stupid cat names. Who would want to name a cat after a fairy or, worse yet, something you didn’t want him to do on the carpet?

I studied my little kitten intently, willing him to reveal his nature to me so that I could bestow upon him a fitting moniker. Would I name him after a Greek god? A famous artist or scientist?

He was a rambunctious energetic kitten who loved to play. He was a mischievous rogue who pounced on me relentlessly. An intellectual name wouldn’t suit him. I pondered for a few days and then in a flash, it came to me. It actually was a flash that inspired his name — a camera flash.

I had taken a photo of him leaping up to catch a small ring. The resulting photo captured the core of his being. His claws were outstretched, his teeth were bared, and the light from the flash reflected in his eyes, so that they were like two fiery, green, glowing embers. Without hesitation, I knew the right name for this hellish little cat (and I say that with the utmost affection) was Lucifer. 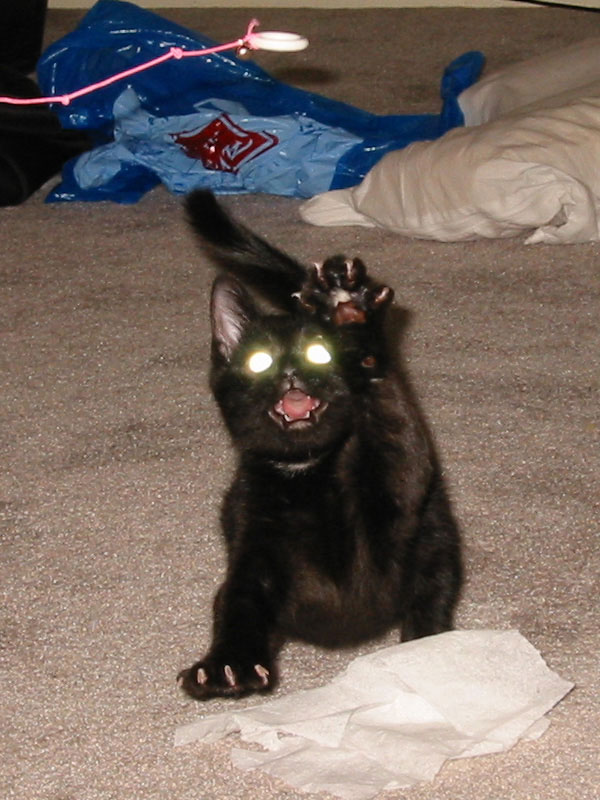 When I made that choice, I didn’t realize that there were consequences for naming your cat Lucifer. I thought I was being cool and rebellious. I hadn’t realized that some of my more conservative friends would consider the name borderline offensive. I also noticed that my cat’s name would elicit a very strong response whenever I took him to the vet clinic. Inevitably, the assistants would go from cooing to caution as soon as they learned the cat’s name. I would say some of them were even standoffish.

As Lucifer outgrew his mischievous kitten ways and learned how to control his impulse to randomly leap on me, it soon became clear that I had a very outgoing cat who was actually quite well behaved at the vet’s office. He was too friendly to be called Lucifer. Plus, it was a mouthful to say his name. Just try saying "Lucifer" out loud in a singsong voice. However, I clung stubbornly to the name. After all, his paperwork and pet insurance were under that name.

Of course, as with human names, formal names eventually get shortened into nicknames, and the same thing happened with Lucifer. I started referring to him as Fer, and soon Fer morphed into Fur and then it was a hop, skip, and a jump to call my cat Furball.

Ironically, the woman who was aghast at stupid pet names suddenly had a pet with a very ridiculous name. It was even more ironic that I was completely unaware of it. The folly of my name choice was pointed out to me three years later when I had movers come to pack up my condo.

The noise and mayhem from the moving frightened Furball and he hid under the living room sofa. I quickly figured that it would be better to put him in a carrier and take him somewhere quieter while the movers hauled out the boxes. I ran into the living room and loudly called out, "FURBALL! FURBALL!"

When I yelled the cat’s name, both movers completely stopped what they were doing. One of them turned to me and exclaimed, "That’s not really his name, is it?" His voice was tinged with shock and an undertone of disgust. Right on cue, as soon as I called out his name, Furball stepped out from under the sofa.

And I realized right then and there that I was one of those people who had a pet with a stupid name.

So you can name your cat Puppy, Mr. Snuggles, or Fifi, and I won’t be the one to judge. When I look at Furball, I don’t see a hairball or a comical buffoon. Instead, I see my wonderfully amazing and feisty feline friend.