Next on The Scoop: 5 Reasons My Cats Would Wind Up in Therapy

Ask a Vet: What Happens When Cats Fall Out of High Windows?

Cats love views. Pay attention as you walk through any neighborhood and you will notice cats sitting in windows surveying their domains.

Cats’ affinity for windows sounds like a dangerous thing at first blush. Can they not fall or jump through them? Our feline companions are graceful creatures, however, and they generally know their limitations. They rarely suffer injuries when they jump through windows — because they rarely jump if the window is too high. They are armed with natural defenses (good situational awareness, good reflexes, and good balance to name a few) against accidental falls.

However, there are exceptions. A cat who is distracted, frightened, asleep, or suffering from a clumsy moment may fall out of an open window. A sudden gust of wind may offer an unhelpful push. 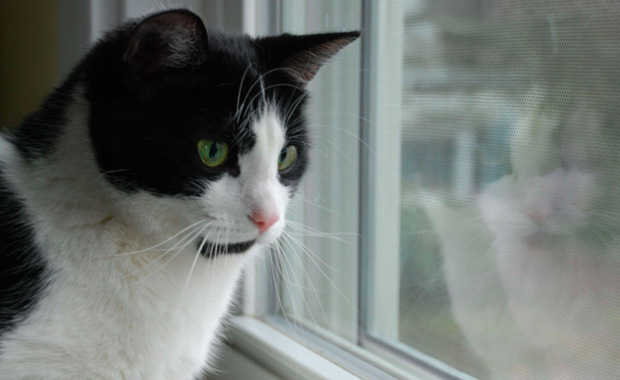 The consequences of falling from height are well-documented in cats. In fact, there is a name for what happens to cats when they fall from heights, including sometimes vast ones. It’s called high-rise syndrome.

High-rise syndrome occurs most commonly in urban areas. It is most common on warm or hot days in places like New York City, where large numbers of cat owners live in non-air conditioned apartments on high floors. Young cats are more likely to fall than their older and more experienced compatriots.

All manner of injuries may occur when cats suffer from high-rise syndrome, but some are more prevalent than others. This is because of cats’ natural ability to right themselves — it is common knowledge that cats land on their feet. This means that cats who fall from windows usually land with their ventrums (their undersides) facing down. Spinal fractures (which are not uncommon in dogs who fall from height) are rare in cats because the spine rarely impacts the ground.

Because cats generally land on their feet, broken legs and over-extension of the carpus (the feline equivalent of the wrist on the front limb) are common in cats with high-rise syndrome. But when a cat lands at high velocity, the legs often crumple without breaking. In such cases the majority of the energy from the fall is absorbed by the chest. 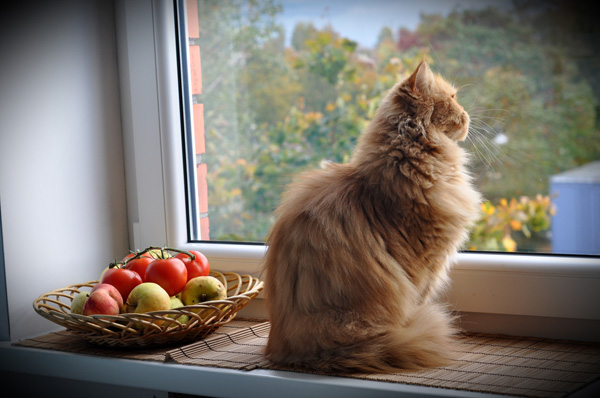 The ventral (lower) aspect of the head often also suffers significantly at the time of impact. The feline jawbone’s weakest point is so-called mandibular symphysis, known colloquially as the chin. Fractures at this site are very common in cats who fall from height. Similarly, the energy of the impact may be transferred into the roof of the mouth; hard palate fractures also are common.

The news, however, is not all bad. The seminal study on high-rise syndrome in cats, published in 1988, reported that 90 percent of cats who were treated for high-rise syndrome survived. In other words, cats who don’t die on impact have a good chance of living through the ordeal.

That same study is legendary in the world of veterinary medicine for publishing a highly counterintuitive fact about high-rise syndrome. The paper reported that cats who fell more than six stories (including all the way up to 36 floors) generally had less extensive injuries than cats who fell fewer than six stories. 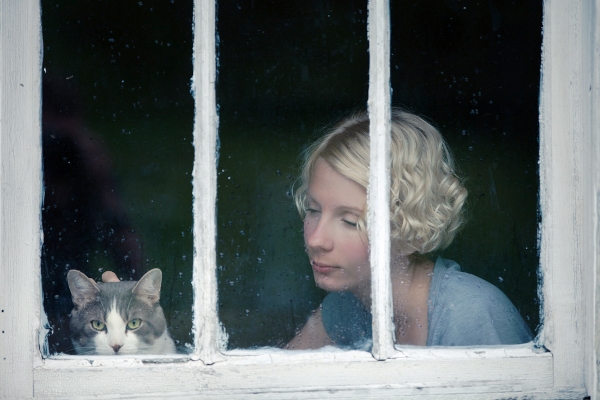 This paradox has been the source of much speculation in the world of veterinary medicine. Many people have hypothesized that it takes cats approximately 50 feet, or five floors, to right themselves, spread, and relax their bodies to increase drag, and thus achieve a reduced terminal velocity.

Another, more sinister theory also exists. Studies such as the one in question can easily fall victim to a statistical phenomenon known, appropriately in this case, as survivor bias. Deceased cats can’t benefit from veterinary care and likely won’t be taken to the emergency room. They thus are excluded from the data, and their numbers are unknown. It could be longer falls are in fact deadlier, and that cats survive them only when they land on softer or more forgiving surfaces that result in fewer injuries overall.

Whether you live in a single story ranch-house or a 40th-floor apartment in midtown Manhattan, no good can come of your cat getting through a window. Even if he is not injured when he lands, he will be at risk of getting lost or suffering one of the myriad unhappy endings that are common for cats in the outdoors.

The solution involves remembering that cats can and do fall from open windows. Never open a window wide enough for a cat to squeeze through.

Plus, trying to rescue a cat in a tree? Check out these tips >>

Other stories by Dr. Eric Barchas:

19 comments on “Ask a Vet: What Happens When Cats Fall Out of High Windows?”