Next on The Scoop: How My Cats Would Party on a Saturday Night
Behavior

9 Cat Gestures That Kill Me With Cuteness EVERY Time

Many of my cats' gestures put me on the verge of a cute overdose. Do you recognize any of these?

When Zorro, our rescued Ragdoll, stared imploringly at me for the first time through our window in the middle of the winter with one raised paw, I thought I’d OD on cuteness. I’d never seen anything so adorable. But I then began to realize that many of the things my cats do are utterly adorable. Here are nine of them. 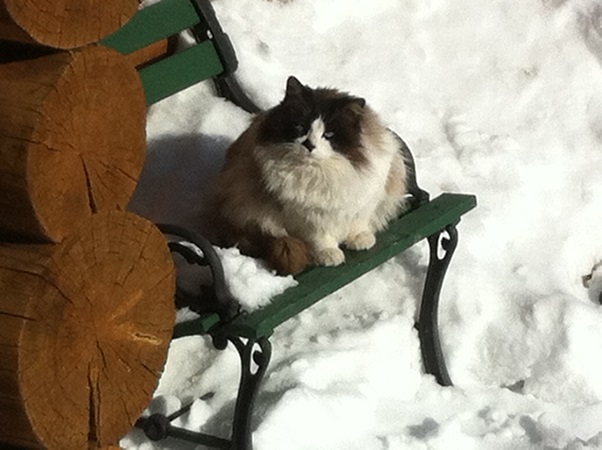 1. The purr that rocks the house

Every once in a while, you find a cat whose purr really reverberates. That would be my Kieran. He doesn’t always purr, but when he does, I shut up and listen. Last night I came home from a day on the road. I tried to get him to purr. Kieran was off in dreamland (not sleeping, but he’s a dreamy kind of a cat) so I gave up on hearing a purr and left him alone. Several moments later, he began to purr on his own for no reason at all. The purr rattled through his body, audible quite a distance away. He’s not a big fat cat, but he sure has a rattly purr. 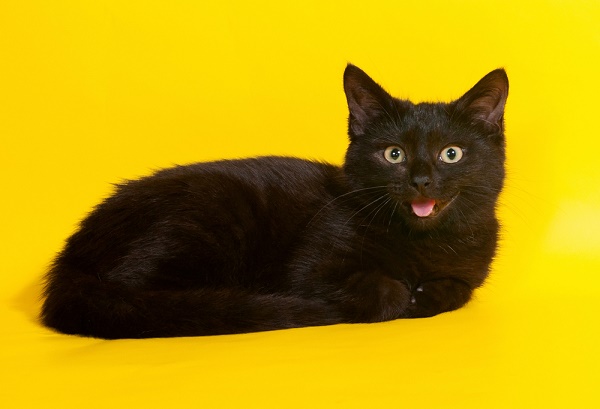 This has to be one of the cutest cat things I’ve ever seen, and it tore my heart out and made me want to get Zorro inside as fast as possible. Sitting in the kitchen last winter, during one of the most dreadfully draggy Minnesota winters that I can remember, Zorro sat outside in the snow. He stared intently at us and raised a paw, as if begging. Zorro snared my heart at that point, and we made a super effort to rescue him in the spring (which we did), when a trap could be loaded with tempting treats that wouldn’t freeze in subzero temps. 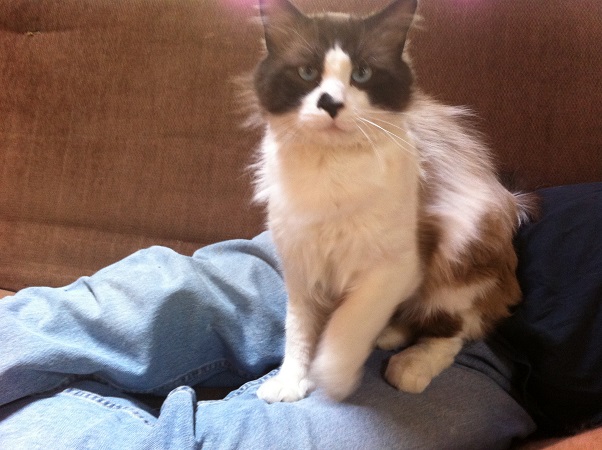 After we tamed Zorro and got him inside, I began to realize that Zorro talks through his paws! Apparently, this is a Ragdoll trait. Ragdolls seem to love to flex and flap their paws when they’re happy. This guy does this all the time, when I’m holding him or especially when he’s flopped out, sleeping on his back. He’s a got very expressive, emotional body and uses his paws and voice (and eyes!) to communicate. 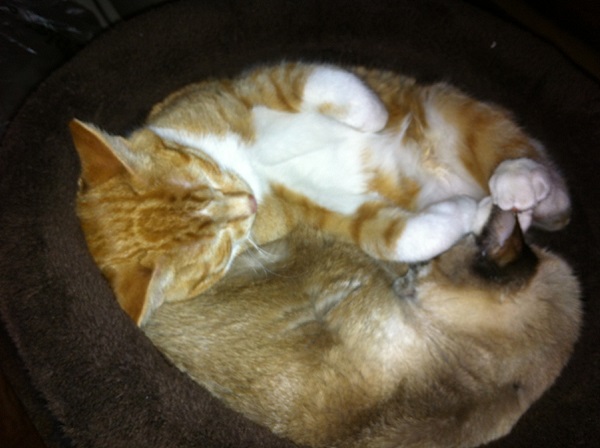 I love it when a cat makes a snarly face and I get lucky enough to catch it on camera. With this kind of snarly face, the cat is not actually feeling crabby, he’s just making a funny facial expression.

This ranks right up there with the raised paw for cuteness effect. I had a black cat named Target one time, and Target liked to sit with his tongue half out. I think he was just very relaxed. Occasionally one of my other cats will do this, but no one does it to the extent that Target did. 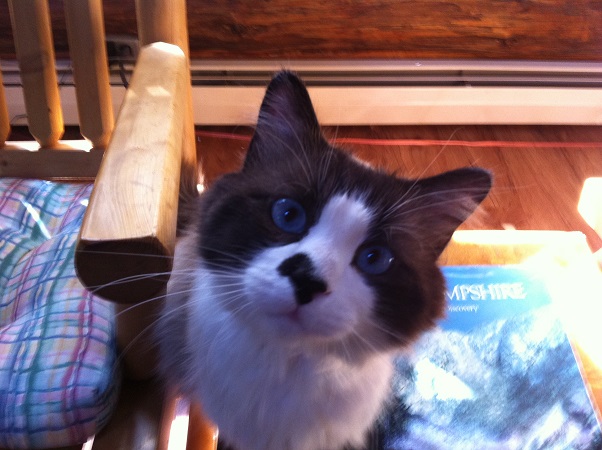 I am not talking about the kind of tilted head that we need to worry about — I know that in some cases a tilted head can mean ear problems or worse. But Target would tilt his head on command. This was seriously cute. Target was so eager to please that we were able to train him to do many silly and cute things. I was also able to train him to lift a paw when he cocked his head slightly.

Rama makes amazing crabby noises, even when he’s not crabby. It’s just his way of expressing himself, and it’s so cute.

Jamie Bluebell is the current cat queen of dance in this household. (Target was the first king of dance here.) All I need to do is walk into my office, say “Woo, woo!” and that’s Jamie’s signal to respond with a “WOO!” of her own, and flop down and roll around and wave her paws in her favorite chair. 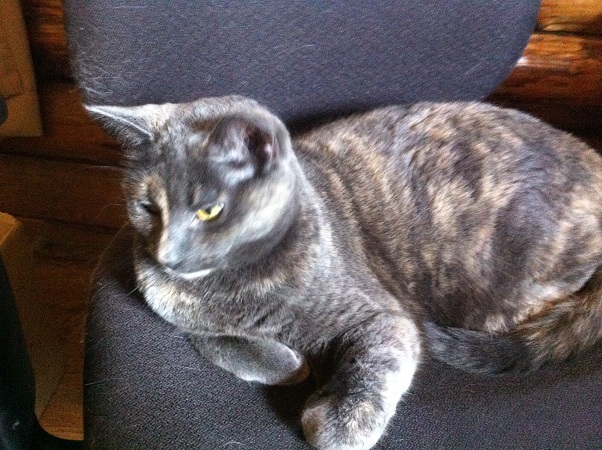 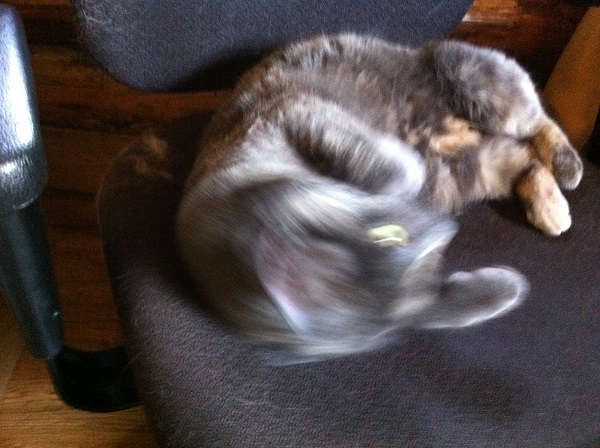 I used to think only dogs smiled. I was wrong! Kieran has a smile, and it comes only at certain times. When Kieran smiles, I smile.

So, how do your cats cute you out? What cat gestures are absolutely irresistible? Let us know in the comments!

Posted in Behavior, Pix We Love,

Hope for a FIP Cure