Next on The Scoop: Wordless Wednesday: Give Us a Hug!

Paula wrote the following in the comments section on a post about pets and ibuprofen:

I’ve heard conflicting information about giving such medications to pets. I’ve always been against it, but my 11-year-old male cat suffered heart failure due to hypertrophic cardiomyopathy. He went to a local pet emergency room (in a clinic where there was also a heart specialist) and stayed overnight; they were able to get him back to himself by the middle of the night. Now he’s happy and healthy, but he’s stuck taking medications twice daily for the rest of his life.

The specialist suggested we also give him baby aspirin every three days (80mg) to prevent blood clots. We spoke with our regular vet, who was obviously very much against it. However, she consulted another vet in her office who said to absolutely give it to him, and deferred to the specialist title of the vet who suggested the baby aspirin.

We trust our vet and her clinic wholeheartedly (they have been just AMAZING with all the work theyve done for our babies), so despite my personal reservations, our cat gets aspirin every three days. He seems more active and affectionate than ever.

I know that everything his vet does is in his best interest, and trust that she’s guiding us in the right direction with his care (though I would never regularly administer aspirin or other painkillers to my pets under normal circumstances).

Many human medications can be administered to pets, and aspirin is one of them ÔÇö but they should never be given without proper veterinary supervision. This is because many human medications have altered doses and safety margins in animals, and some (such as ibuprofen and, in cats, acetaminophen) are never safe. 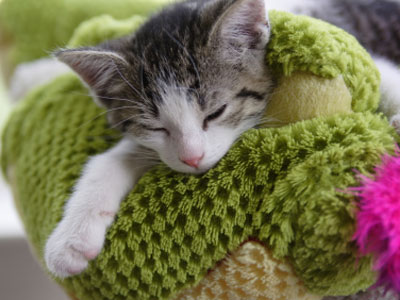 Aspirin can be used as a painkiller in dogs, but I rarely recommend it. Most dogs don’t derive sufficient response, and it can cause gastrointestinal ulcers. It also is not safe to combine aspirin with many other more effective painkillers and anti-inflammatory drugs.

In cats, aspirin isn’t generally used as a painkiller because it is rarely effective and because they metabolize the drug very slowly (hence the “every three days” recommendation). However, it is recommended for some cats with heart conditions because it may inhibit the formation of blood clots that can lead to serious complications or death.

Even this use for aspirin is becoming less common. Most of the specialists I know now recommend Plavix (a different human drug) instead, because it seems to be more effective and has fewer potential side effects. Paula, you may want to talk to your vet about switching to Plavix.