Next on The Scoop: Food for Pets in Need
Catster Magazine 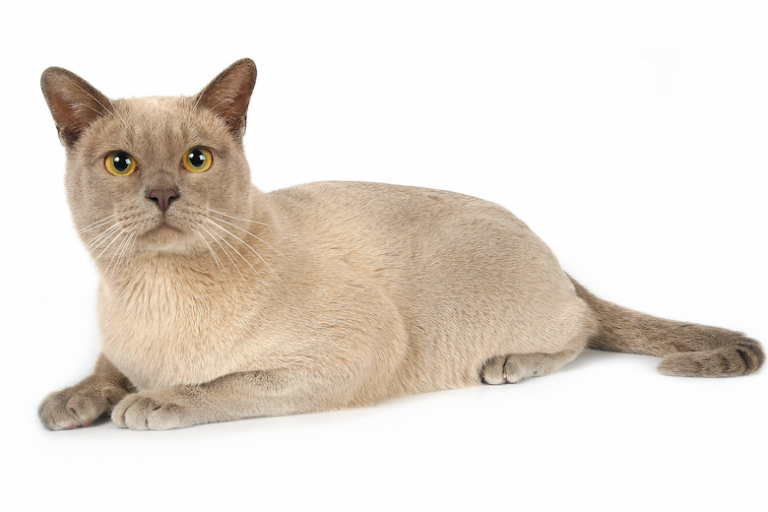 If charm and cleverness are the keys to your heart, you’ll quickly be captivated by the beguiling Burmese.

If charm and cleverness are the keys to your heart, you’ll quickly be captivated by the beguiling Burmese. Brimming with beauty and packed with personality, this is one feline you’ll never forget!

1 What big eyes you have!

Inquisitive and curious by nature, the Burmese is known for his people-watching skills. Recognized for his oversized peepers, he rarely takes his eyes off of his humans.

With a spirit that could be likened to that of a canine, this cat is an energetic fellow who loves to hang with his fam. A lap cat who can’t get enough cuddles, his fetching skills will give any retriever a run for its money. And when it comes to learning tricks, he’s an absolute master.

The Burmese loves to engage in long conversations with his peeps, but don’t expect him to meow. Known for his low, guttural rumble (which sounds similar to a deep purring), the Burmese will chat up a storm to harness your attention and serve as a reminder that he should never be ignored. 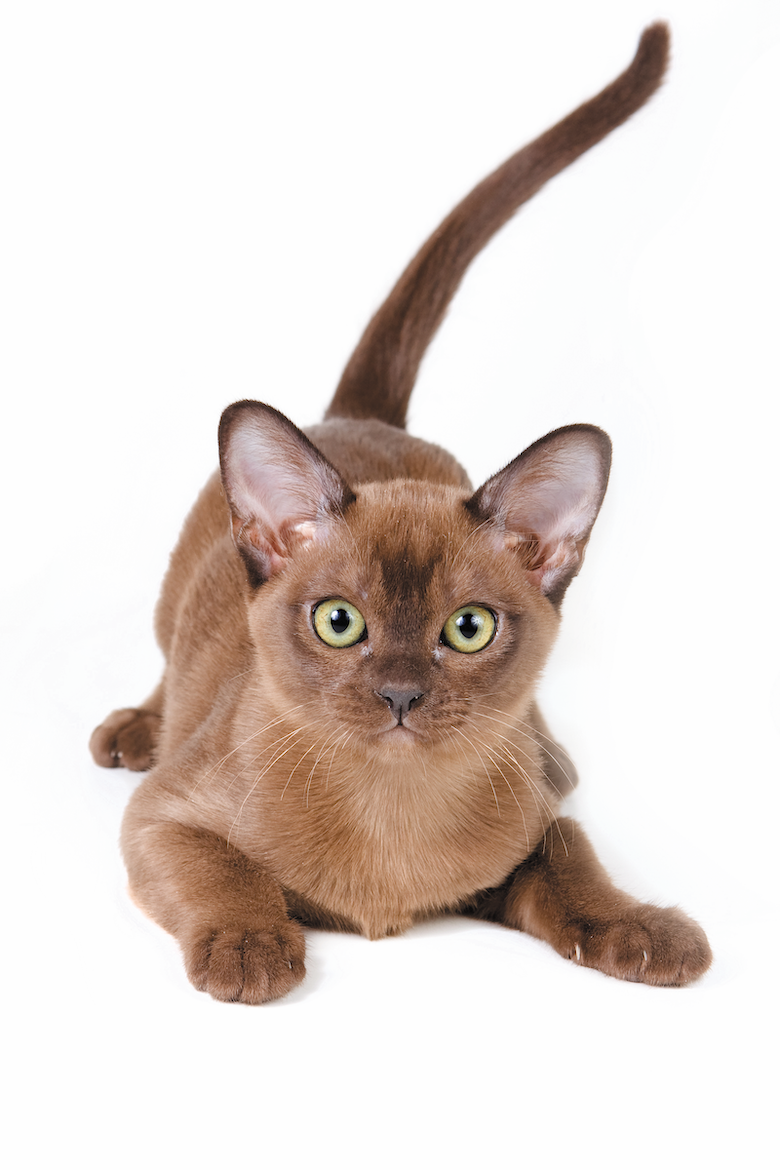 Though records indicate that the Burmese existed in Southeast Asia for hundreds of years, the Burmese that we know in the United States didn’t exist until 1930 when Siamese breeder Dr. Joseph Thompson was given a light brown cat with dark brown points by a sailor. Dr. Thompson mated the kitten, dubbed Wong Mau, to a Seal Point Siamese named Tai Mau. Wong Mau and Tai Mau served as the foundation of the modern-day Burmese. To this day, the ancestry for most Burmese cats can be traced back to Wong Mau.

The Burmese earned his name from Burma (now known as Myanmar), a country located in Southeast Asia. According to Burmese history, Wong Mau joined the sailing crew in Burma when he brazenly boarded their ship while docked; ‘Burma’ was then coupled with the word ‘Siamese’ to create the moniker Burmese.

6  Not just chocolate and green

While the breed is known for his glorious green gaze and chocolate-colored coat, many have yellow or blue eyes. Building on that notion, they are not always chocolate brown. While green eyes and a chocolate coat are the most commonly seen combo, Burmese can actually come in platinum, sable, blue or champagne shades.

7  Looks can be deceiving

The Burmese appears petite, but he is actually a very muscular, sturdy fella
who is a heavyweight champ in the cat world. Proof? Many refer to the breed as a “brick wrapped in silk.” The Burmese generally weighs about 8 to 12 pounds (males are usually larger).

8  Friend of the family

The Burmese is a lover through and through. Even more, he’s a clingy kitty who adores being lavished with cuddles, kisses and attention. Families with kids are his preference, as all hands are on deck for hugs. That said, he’s cool with sharing an abode with someone flying solo under the condition that he has a Burmese buddy to chill with him while you’re away from home.

While many cat breeds require a bit of time to warm up to strangers, the same cannot be said for the Burmese. Friendly to a fault, the Burmese will approach strangers without hesitation. What’s more amusing? He’ll interact with them as if they’ve been lifelong pals!

10 Battle of the sexes

Males are more laidback and can snooze in your lap for hours. Females, on the other hand, like to let their bossy flag fly — walking about like furry queens who rule the roost and desire all of your attention.

Though the Burmese is known for coveting all of your attention, he is more than happy to reciprocate by making you the center of his world. Heading to bed? He’ll snuggle under the covers with you (hide your toes, he has a habit of nibbling!). Reading a magazine, watching TV, prepping dinner? He’ll be by your side. In other words, say goodbye to privacy, because you’ve just found your furry wingman!

Posted in Catster Magazine, Who's That Cat?,