Next on The Scoop: All About Cat Diets — How and Why to Put Your Cat on a Diet Safely
Catster Magazine 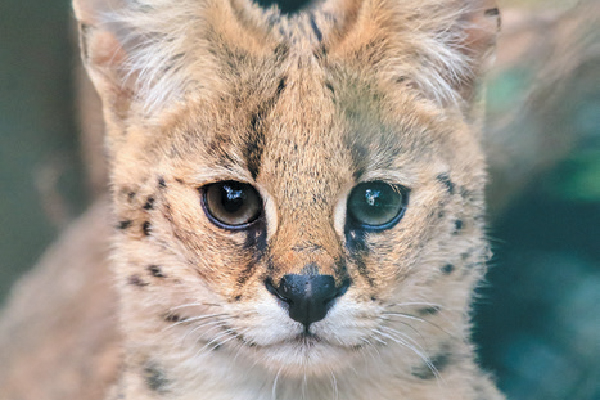 Servals are the tallest of Africa’s small wildcats. Find out more about these fierce creatures right here!

Ears swiveling like dish antennae, they stalk African grasslands, intent on pinpointing the faint sounds made by their prey. Large ears and long legs distinguish the serval (Leptailurus serval), who stands out for being the tallest of Africa’s small wildcats. In fact, relative to their size, servals have the longest legs of all cats.

The highly efficient hunters prowl the African savanna where their movements remain hidden by grasses until they leap high — as much as 10 feet — to pounce on the rats, mice and other rodents, snakes, lizards, frogs, birds (including flamingos and storks) and insects that make up their diet. Tall grasses serve another purpose: to hide them from predators such as hyenas and wild dogs. A tawny coat with bars, blotches and spots adds to their camouflage.

Servals are wide-ranging across Africa and can be found anywhere grass grows, including along the edges of forests and marshes, especially if water is nearby. They enjoy playing in water (a trait that can be seen in Savannah cats, which trace their ancestry to crosses between servals and domestic cats). Unlike many cats, wild or domestic, servals are often seen out and about late into the morning and then again from 4 p.m. On cool or overcast days, they are active for longer periods. And they make little barking sounds as they call to each other.

Kim Campbell Thornton has written about cats and dogs for more than 30 years. She is the author of more than two dozen books and hundreds of articles on pet care, health and behavior.