Next on The Scoop: 11 Reasons Cats Are Better Than Guys
Texts From Mittens

Mittens had a fabulous Christmas and is ready to make some New Year's resolutions, all of which directly benefit his whims, of course.

Mittens had a fabulous Christmas — and guess what? Santa brought him that fancy fountain he’s been asking for all year long. And he didn’t even have to spend too much up-close-and-personal time with Drunk Patty, although she did momentarily mar his beloved fountain. All in all, a super holiday!

And now the new year is upon our pal Mitty. Of course he’s thinking about resolutions, all of which directly benefit him in one way or another. What did you expect? And he’s currently obsessed with his teeth and convinced he needs feline orthodontia. If it’s not one thing, it’s another. And you can believe Mittens isn’t shy about detailing all of it in a series of texts to his long-suffering human. 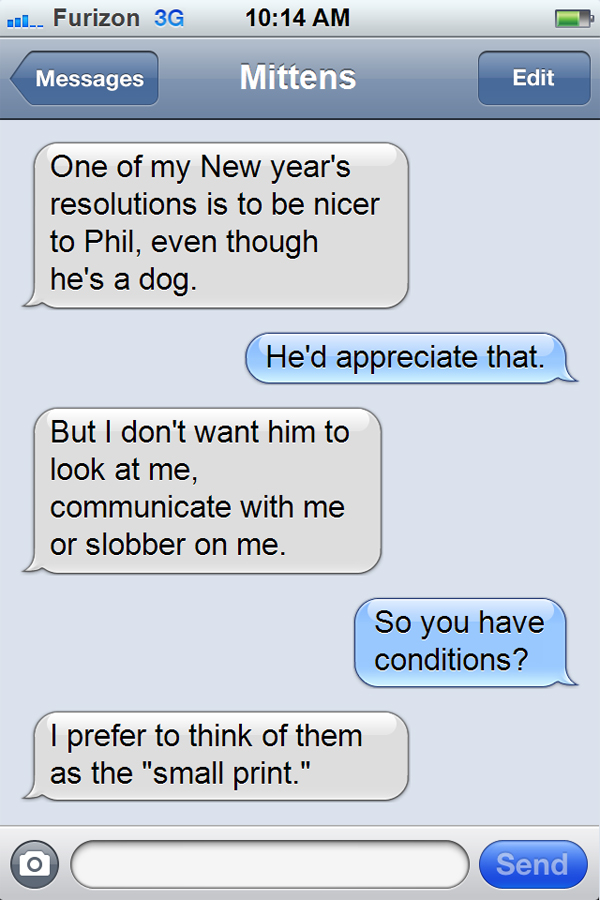 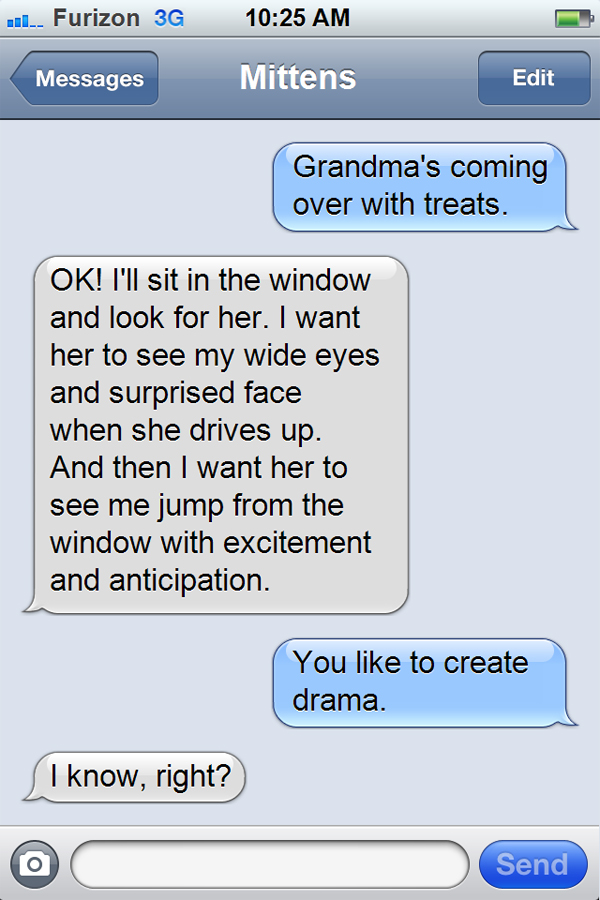 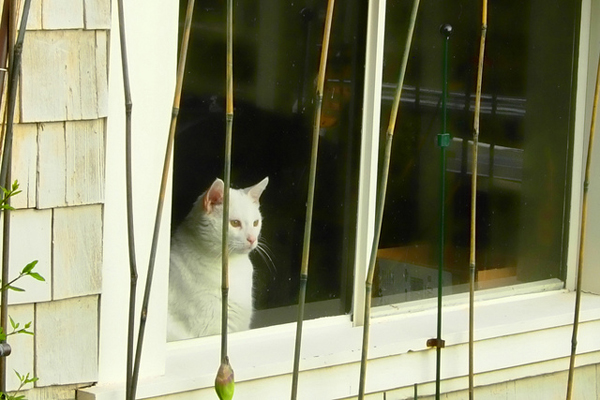 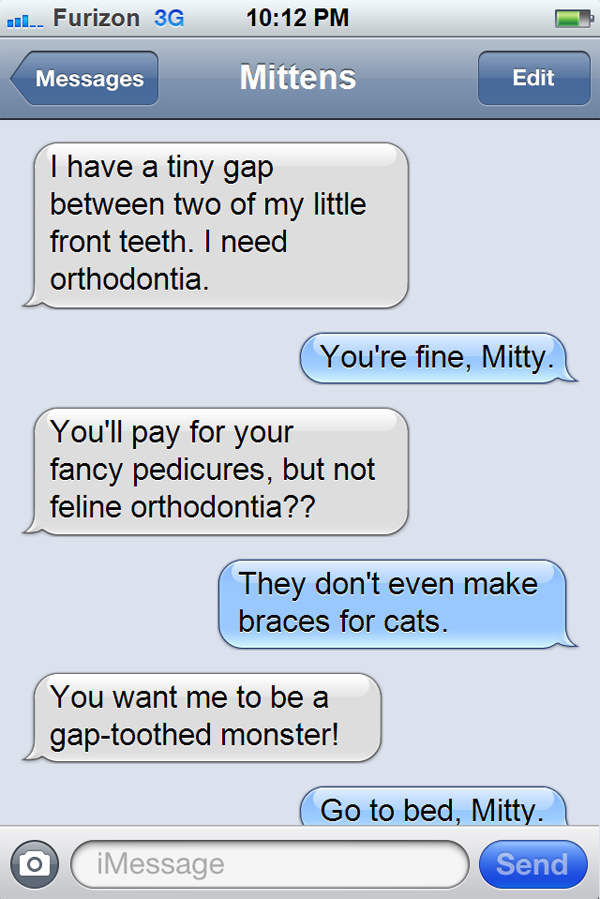 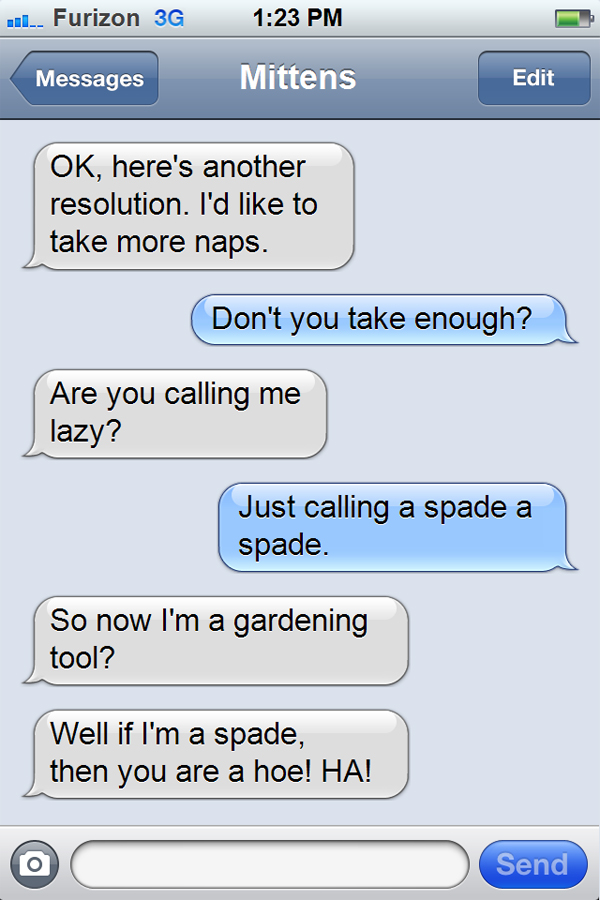 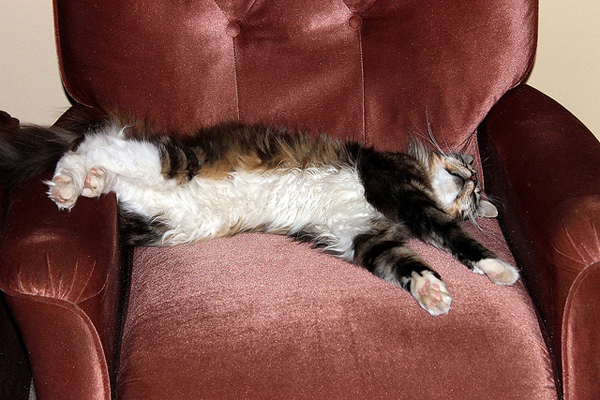 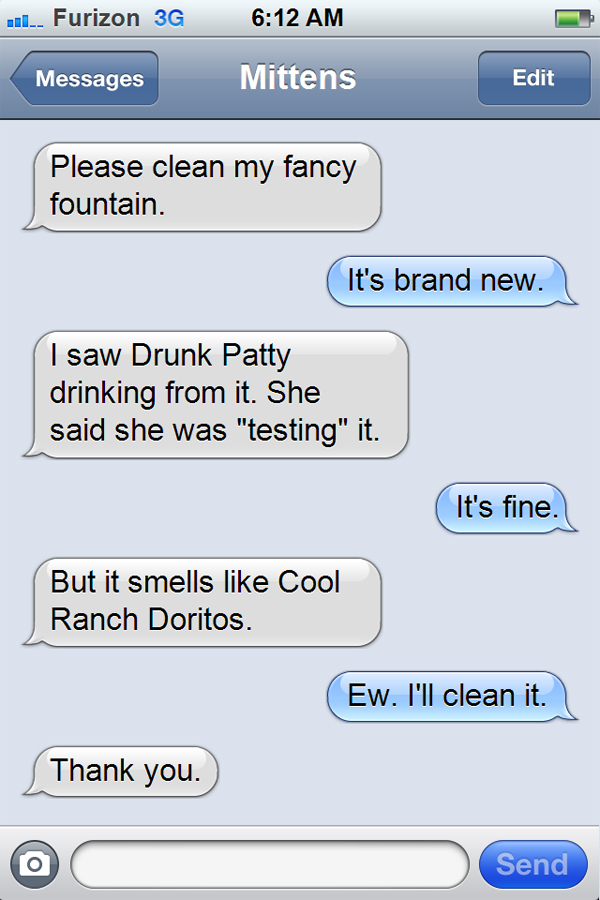 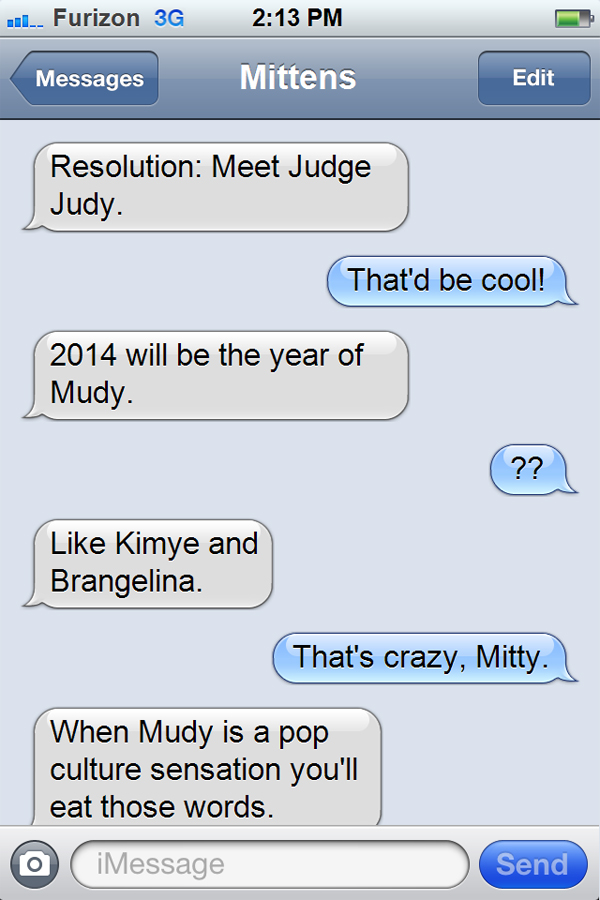 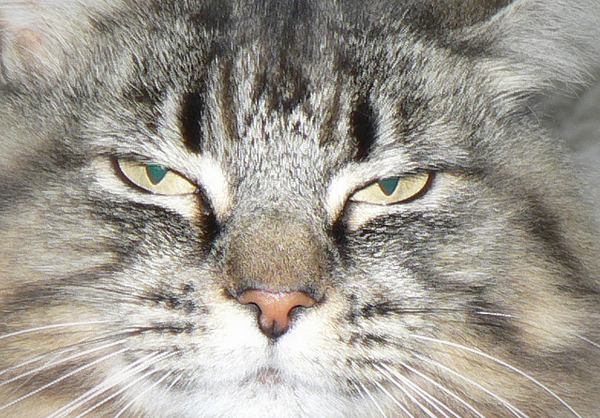 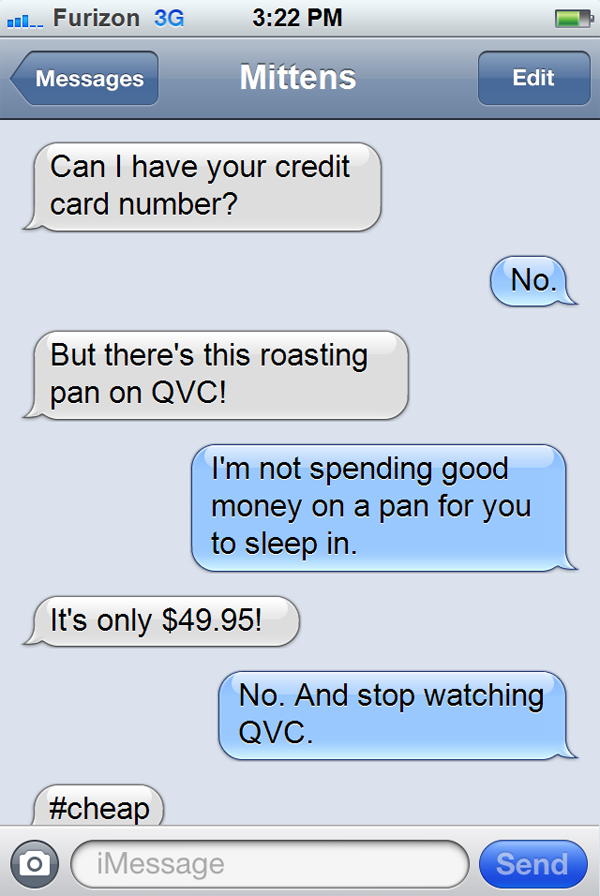 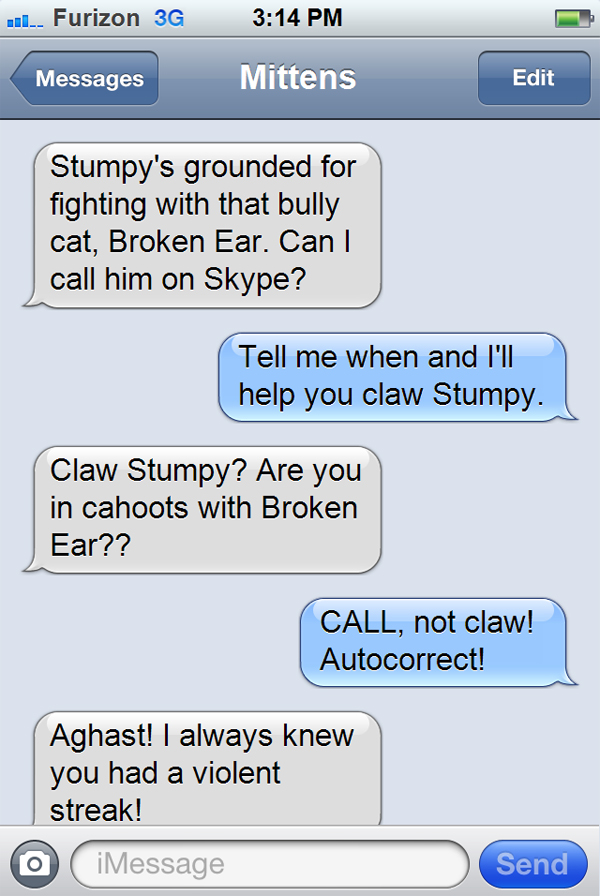 Posted in Humor, Offbeat, Cats Own the Internet,

How to Entertain Your Cats During COVID-19 Pandemic