Next on The Scoop: How to Explain to Kids That Spay/Neuter Is Crucial to Cats
Vid We Love

She also has a new kitty friend to steal food from! See the Pet Collective video.

While many cats get adopted from shelters who are cute and adorable kittens, it is usually harder for older cats to find a home, even if they are just as cute. This was the case with Shelby, who is more than 10 years old and missing most of her teeth. As a senior cat combined with a disability, it was hard for Shelby to find a home that would take her in. 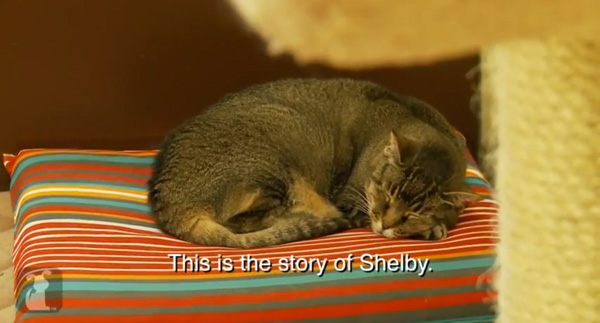 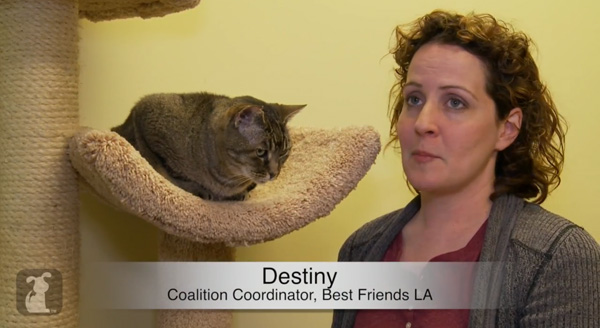 She was taken in by the rescue group Best Friends Los Angeles and kept there for months waiting for a home. Shelby is missing all her teeth except the bottom two canine, making it impossible for her to keep her mouth closed and causing her to drool. That doesn’t stop her from eating, though, as she is still able to eat wet and dry food. Even at her age Shelby loves to play just as much as a kitten, and her favorite toy is the laser pointer, which she will chase for hours and hours. While Shelby was super loving, loved to play, and very easy going with other cats, she was still waiting for a home. Then, Tania stepped in. 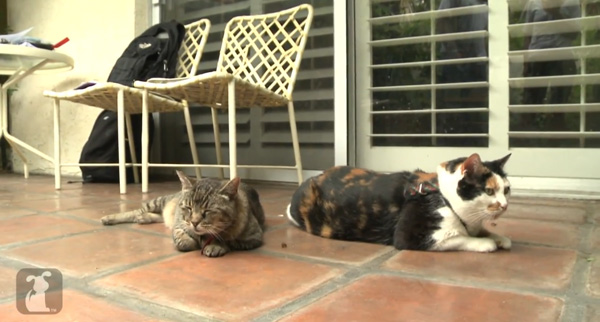 With the help of Tania, Shelby got a new permanent happy loving home. Tania had two cats before Shelby, but one of them passed away and she wanted her cat, Poppy, to have a new companion to keep him company. When Tania saw Shelby, Shelby immediately fell in love with her daughter, Madison, and they fell in love with Shelby. They knew that just because Shelby was older and had no teeth, it didn’t mean Shelby was a bad a cat. To Tania, it makes Shelby much more adorable and lovable.

Being a toothless cat made Shelby all the more cuter to Tania, and now Shelby couldn’t be happier. Shelby loves her new home and family. She is so comfortable with Poppy that not only does she eat all her own food, but she steals Poppy’s, too. Shelby is glad to have a family who loves her, and Tania is happy to have Shelby. 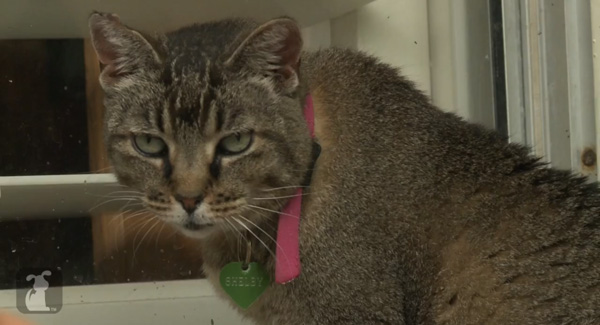 Remember, age is just a number.

Do you have a Tail of Hope or Survival? We’d love to hear it! Visit us at thepetcollective.tv and tell us your story! Visit The Pet Collective Website for more amazing Tails of Hope!

Other stories by The Pet Collective: