Next on The Scoop: What You Need to Know About Cats and Dental Disease
Texts From Mittens

It’s been a particularly tough couple of weeks for our favorite texting cat. Not only is his fancy fountain broken, Mom doesn’t seem to understand the gravity of the situation. Poor Mittens is forced to enlist the help of his best friend Stumpy so he doesn’t die of thirst.

As if that weren’t enough to deal with, the dog has been up to no good, and Mittens is only trying to help by letting Mom know about the situation. No, he’s not a tattletale! The truth must be told, especially when it comes to indicting Earl. And guess what? Grandma smells like bacon and Mitty is certain she’s holding out on him. Friends, the injustices keep on coming!

For a closer look into the latest drama in Mittens’ world, read on! 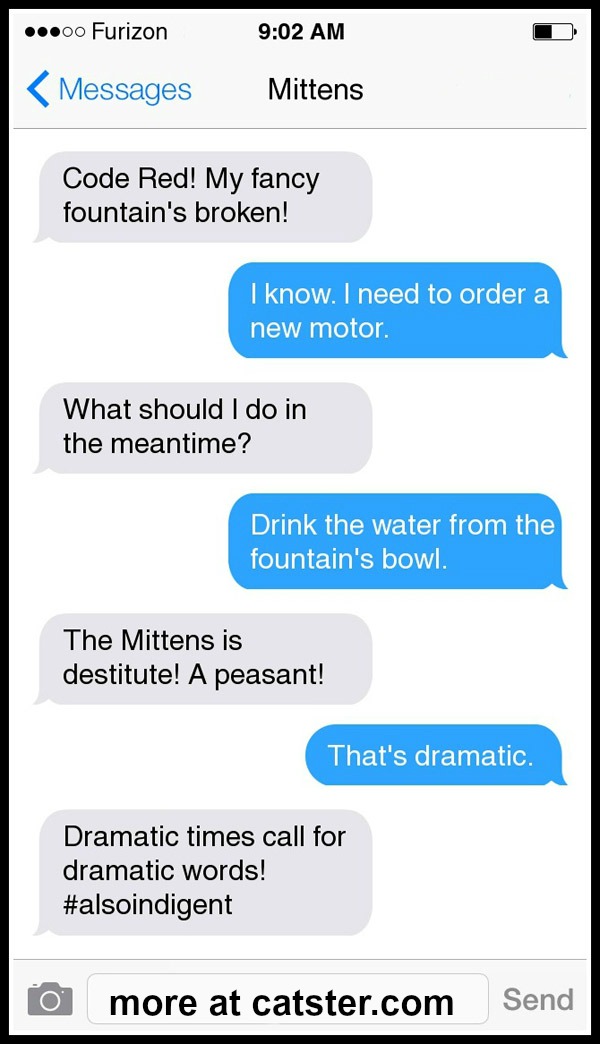 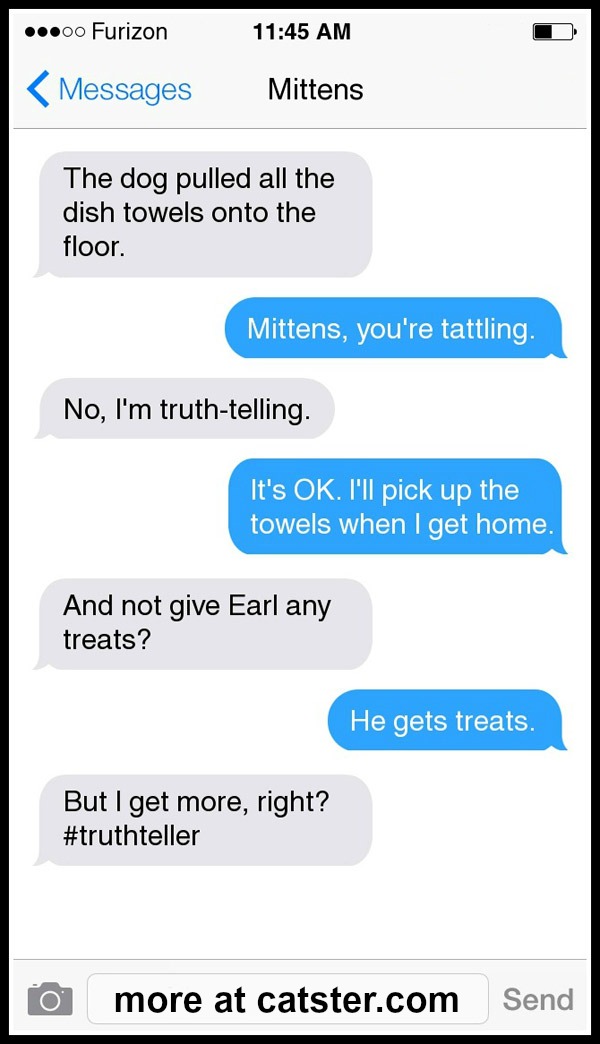 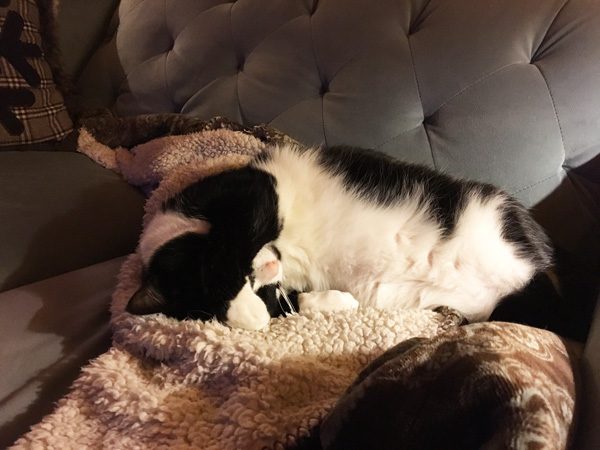 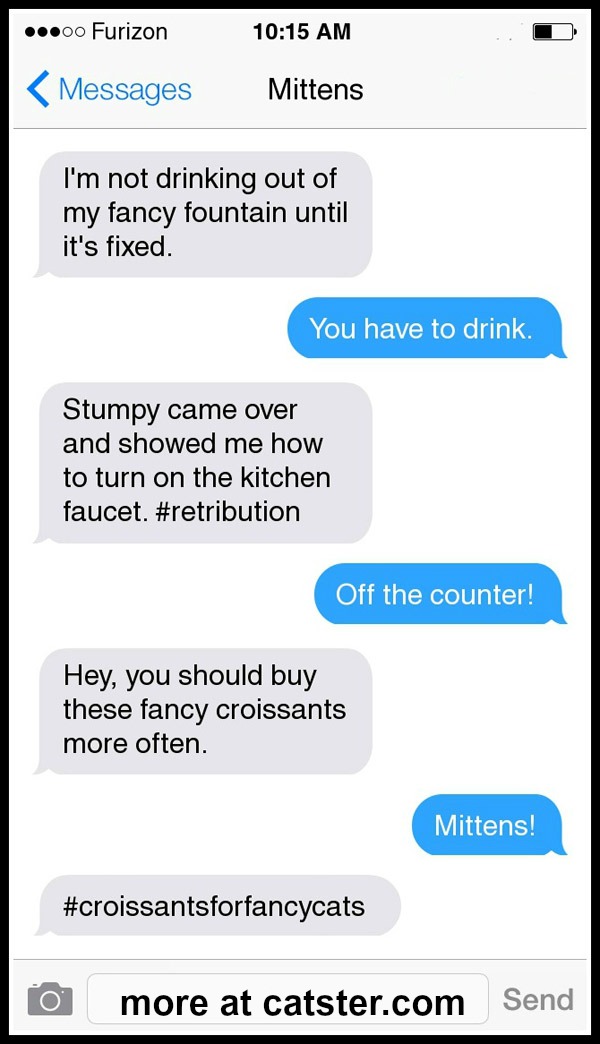 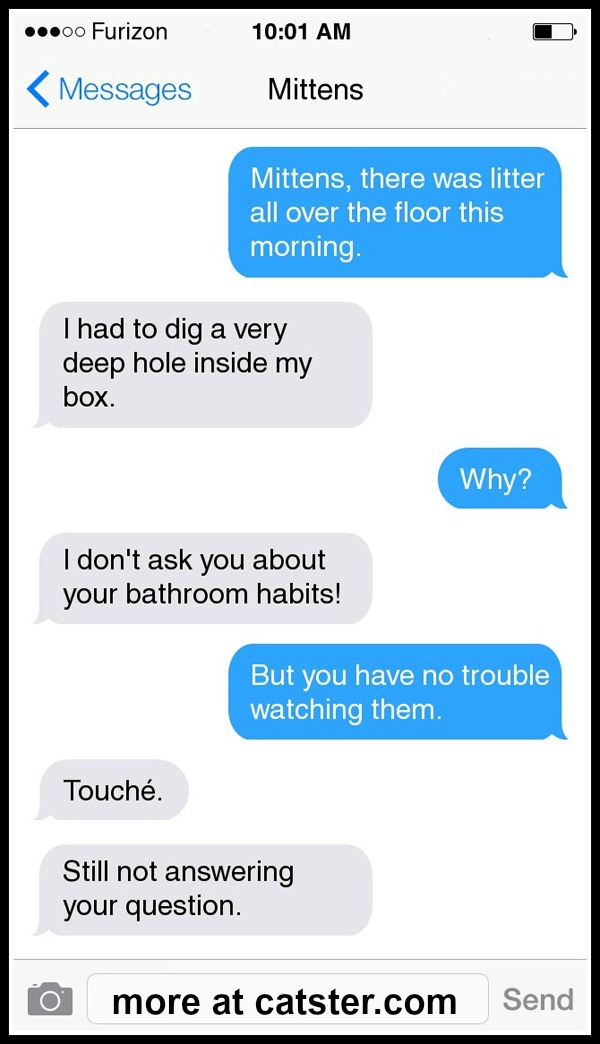 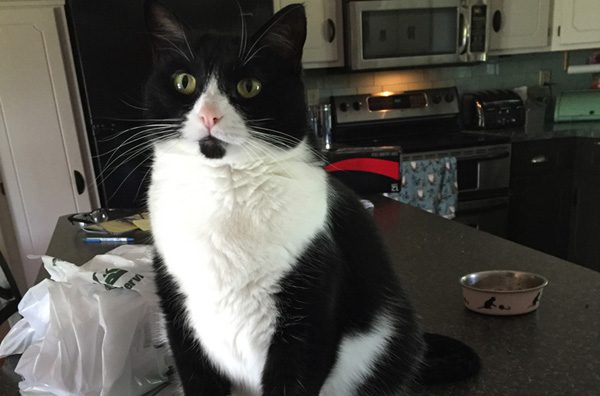 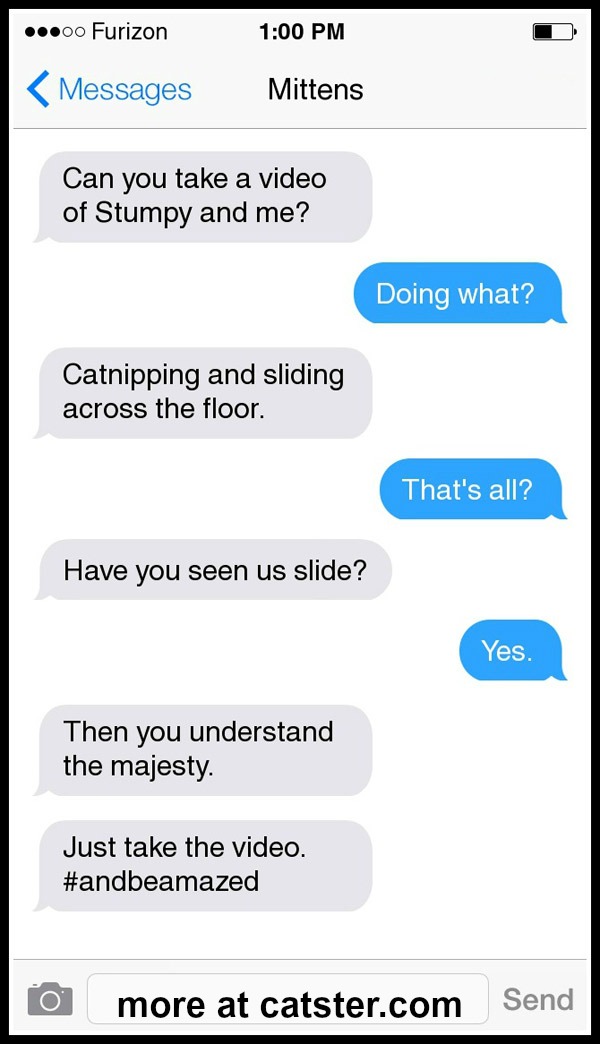 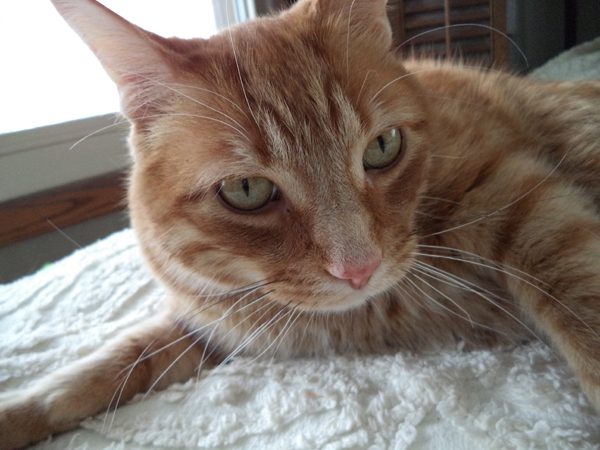 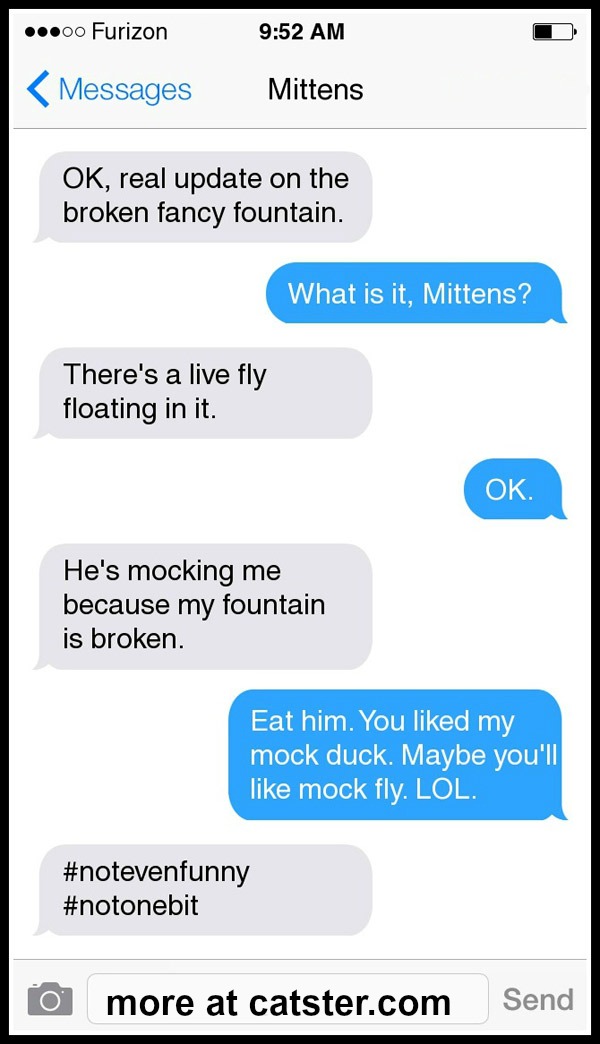 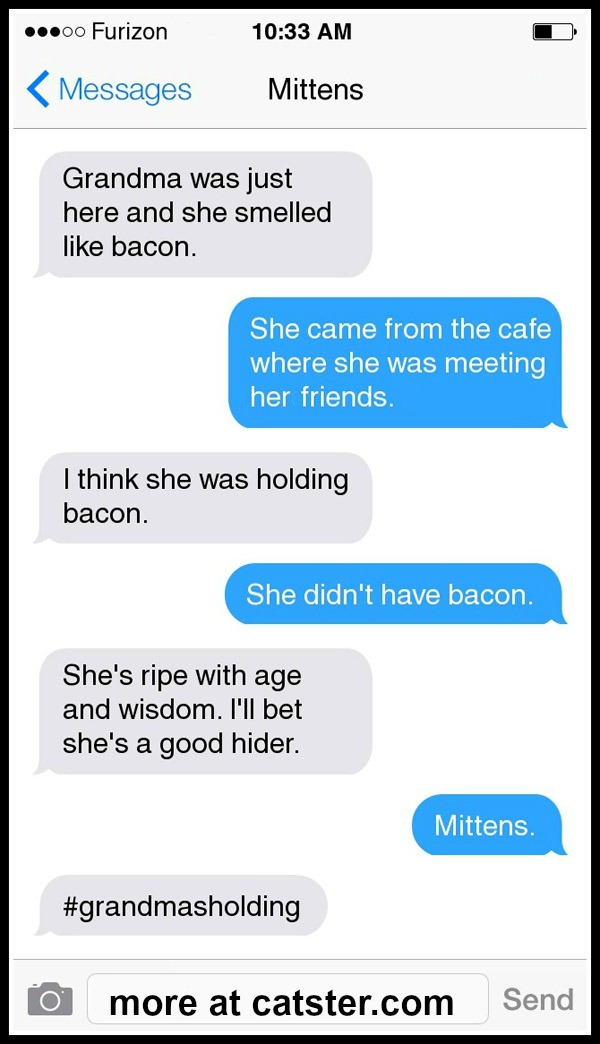