Next on The Scoop: 6 Signs Your Cat Is Stressed
Catster Exclusive

We Interview Stalin the Cat, the Latest Supreme Feline Dictator

He grooms with a vacuum and claims that his mustache is glorious. We're not going to argue.

We live in curious political times, especially if you consider the burgeoning rise of the cat dictator. The estimable Colonel Meow set the standard for curmudgeonly rule and maintained his angry iron regime with unflinching resolve until he passed away at the beginning of this year. Now we have a new contender on the scene, Stalin the Cat.

Blessed with what internal propaganda claims is a “glorious mustache,” this fearsome feline is setting out to establish a reign of terror that involves headless mice and world domination. Here’s a hard-hitting sit-down with the forthright political beast. 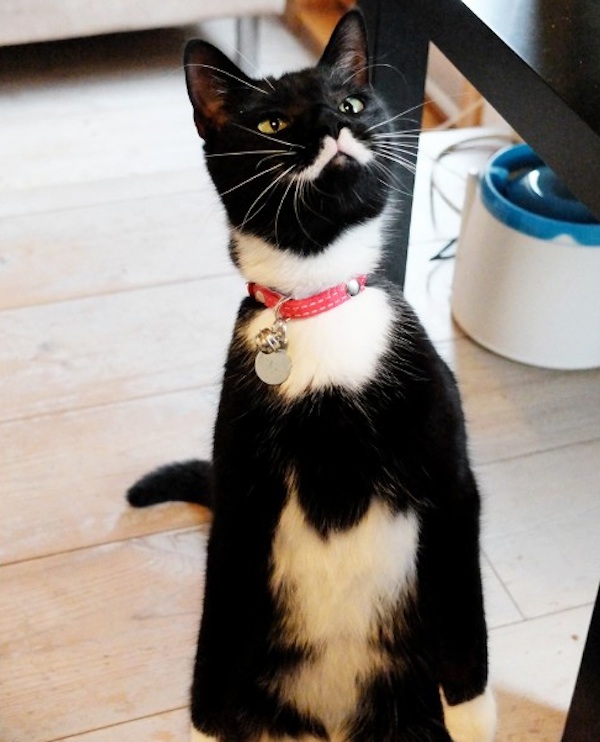 Is a cat normally born a dictator? Or can a cat be nurtured into a dictator?

I was certainly born a dictator. Since I was a little kitten I have showed my abilities for leadership by bossing over my sidekick Durin, showing my toys who’s the boss, and harassing my human’s feet. I was destined to be who I am today and eventually take over the world. But I believe that other cats can be nurtured into being dictators. It is up to me to find a cat worthy of taking over and ruling in my place when I am gone.

How would you describe your leadership style?

Divide and conquer. I need to be tough, because after all you can’t make a revolution with silk gloves.

What sort of tactics do you use in your legendary war against the Evil Red Dot? And do you think you’ll ever manage to emerge victorious against it?

Unbelievable speed and alertness. I need to keep my eyes open at all times and learn its patterns. I am improving every day and am certain I will succeed in my quest to send the Evil Red Dot to the gulag soon. 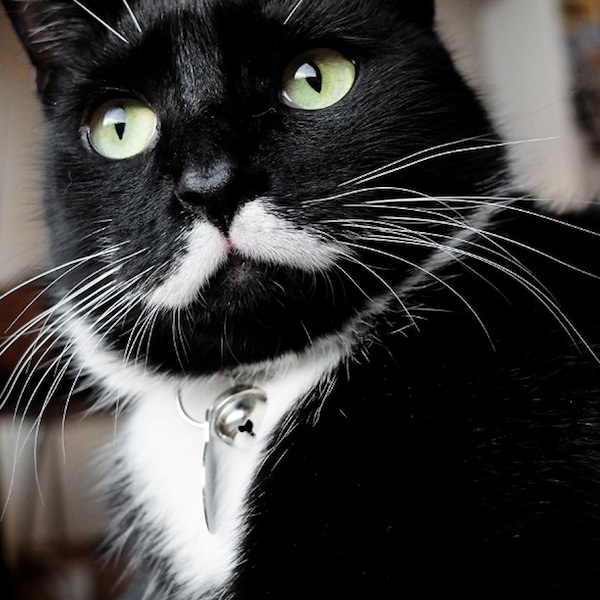 Rumors abound about the missing head of your favorite toy mouse. What happened to it?

As I said, I was fierce as a kitten and I bit its head off to display my dominant position. The head itself is now long gone, and no one knows where it’s currently rotting away. Well, of course I know … 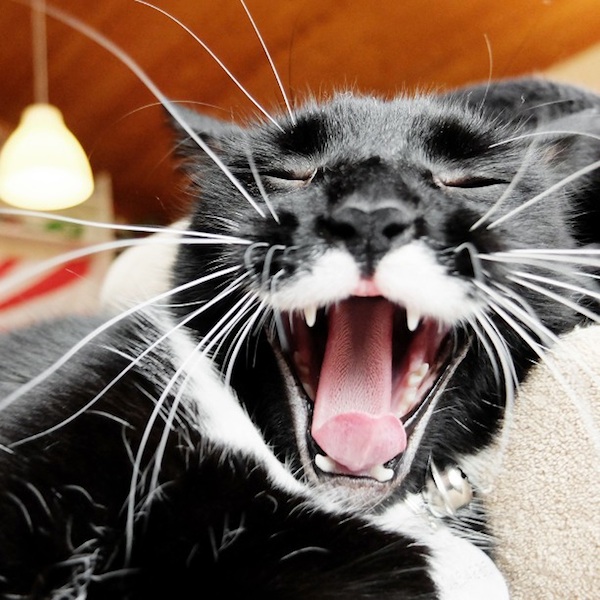 You claim your mustache is glorious. What tips do you have for keeping a feline mustache in such good shape?

Loads and loads of tuna! And don’t cover your poops with your own paws — leave them for the two-legged minions to scoop away, then you don’t have dirty paws when you clean your mustache. 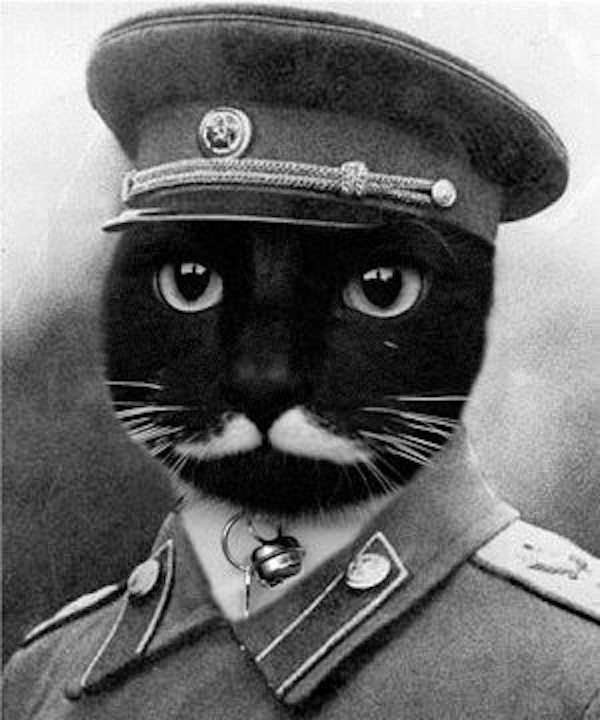 How important is it for a good dictator to have a glorious mustache? And which other dictator’s mustache are you most impressed with?

It is of course your strength and abilities that are most important as a dictator, but the mustache is an obvious sign of authority. And the female felines find it charming, I believe. It is difficult to pick a favorite dictator mustache since almost all of them have one, but it would have to be either Fidel Catstro or Saddam Meowsain. And I believe Benito Meowsollini and Meow Zedong would look amazing with mustaches if they were man enough to grow one. 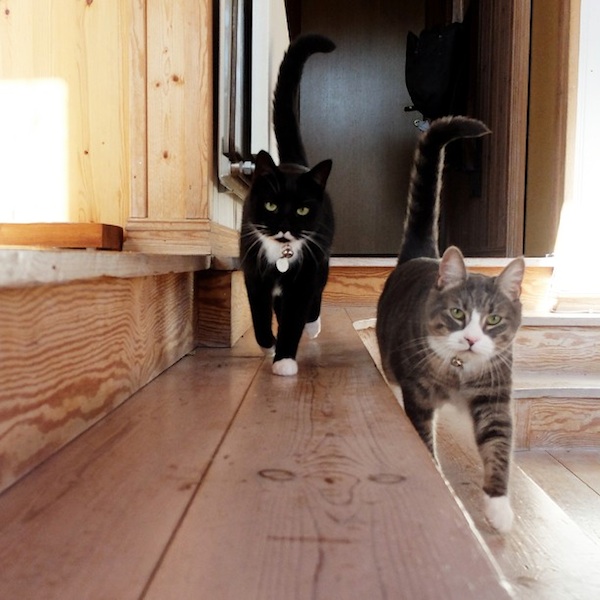 Your sidekick is Durin. What are his qualifications for the role?

There are two different kinds of cat: We have the dominating leaders and the submissive followers. Durin was born to be the latter, and he is very good at it. He remains by my side at all times and serves as my personal bodyguard. He serves this purpose very well because of his large size and weight. He is also the one assigned to either cover up my poop or call for the two-legged minions to remove it. If they still do not come to throw the poop away I do my business in the tub to mark my dominance. 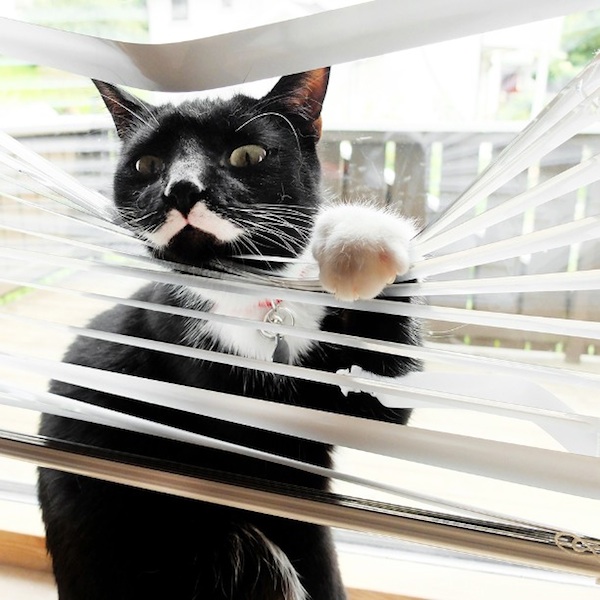 You recently claimed, “Those who vote decide nothing. I count the votes and decide everything!” If cats could vote, what political changes do you think they would want to bring about?

They would of course want more tuna. And laws that would give the possibility to punish the two-legged minions when they force us to cuddle with them or when they chase us off the kitchen counter. They’d want the right to poop where they want and the right to sit directly in front of the TV screen.

Footage has emerged of you grooming yourself with a vacuum cleaner. Is it fair to say that your relationship with the vacuum cleaner proves that you’re just another vain leader?

It is of course important to take care of your appearance; no one likes a sloppy looking leader. But rather than vain, I would say that my passion for the vacuum cleaner is a sign of courage. Because how many other cats out there dare to face it? As far as I know I am among the very few in the world that is so unafraid that I take care of my fur with the vacuum cleaner instead of a mere brush. Those are for peasants. 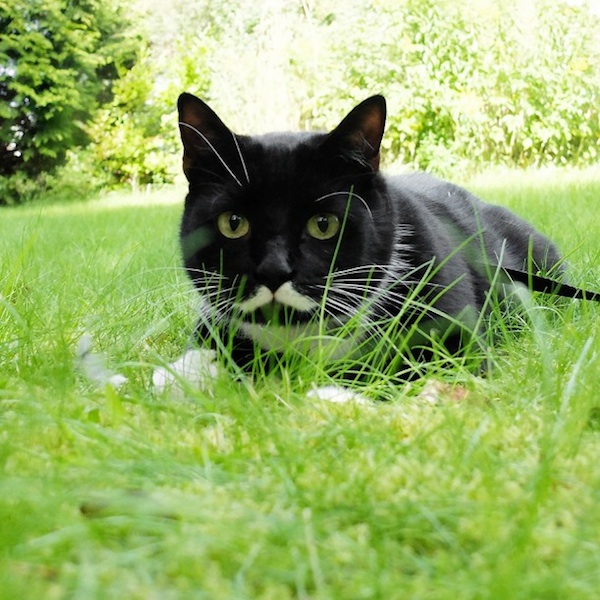 Finally, what tips would you give to any other cats dreaming about becoming a successful dictator?

First, you need a mustache. After that you need to keep the terror up, for example by stealing other cats’ toys to establish dominance and by biting the two-legged minions’ toes. Claim your food bowl, steal food from the kitchen counter whenever possible, and never display fear except if it’s a stinking cat-off spray. And dispose of anyone who tries to contradict your peremptory opinions.