We Chat With Lee Miller, Inventor of the Kittyo Cat Monitor

Just in time for your pre-pre-pre holiday shopping, there’s a new kitty gizmo headed our way, which will keep you in the loop on what your cat is up to and give her a chance to burn some of those accumulating cat carbs. Lee Miller, an NYC-based designer and inventor, has created Kittyo, which allows you to do all this from your office cube:

Kittyo looks like a small coffee maker (it’s about the size of a French press).

Via the app, owners can give kitty treats, see what trouble she’s getting into while you’re not there, and activate kitty’s favorite toy — no, not a piece of string, but rather, a LASER BEAM! Miller’s ingenious device also comes with a mount and clamps so your cat can’t knock it over.

Despite his ingenuity, Miller still needed funds to pull off this catserpiece, so he opted for Kickstarter, and Kittyo not only reached its goal pretty quick (36 minutes), it raised more than $170,000 in less than 72 hours — and there’s still more than 20 days to go.

I talked briefly with Miller about his inspiration for Kittyo and his feelings about cats in general.

Catster: You said you currently don’t have a cat, but they’ve been part of you life. Can you expand on that?

I come from a big pet family — cats were always around my family’s house growing up, and my sister owns a pet service taking care of dogs and cats. We plan to give a certain percentage of proceeds to one cause for rescuing small cats and another cause saving the big cats.

I’ve always been fascinated observing a cat’s natural hunting instinct when she’s stalking and chasing a laser. It’s like like watching an episode of National Geographic live in your living room.

What was the inspiration for Kittyo? And don’t give me the press release version.

My friend Ross took me to the Maker Faire, and I was becoming very interested in that scene — and I always wanted to develop a product from scratch. I had been cat sitting a cat named Pasha and was amazed at how conditioned he became to the faint sound of the keychain that a laser pointer was attached to. He would hear the keychain from two rooms away and would come running into the room looking around for that laser.

Plus, his mom was constantly asking me for updates on how he was doing and what he was doing. That’s when the idea for Kittyo struck me.

How much will it cost?

How did you get the design firm that we see in your video involved?

When I first thought of this idea, I went through the initial steps of patenting the idea, etc., and was meeting with design firms around NYC. Everyone loved it and wanted to work on it. I needed to raise the money to build a functional prototype, and my lifelong friend Barry Markman (since childhood — 10 years old) agreed to partner with me and make Kittyo a reality. Barry is not a cat person — he’s more of a dog man — but he’s a great businessman and saw the appeal of Kittyo.

It sounds like “Kitty! Yo!” Was that your intention?

I like that, but its inspiration really was the word kitteo, whose description courtesy of Urban Dictionary reads: “A video on YouTube that features cats or kittens and is very popular within 24 hours.”

That being said, we can’t wait for all the kitteos created from all the Kittyos out there!

Check out Kittyo’s webpage and Kickstarter


Read more on cats and tech: 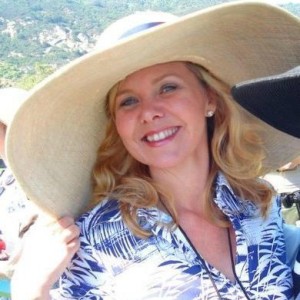