Next on The Scoop: Do Prescription Cat Food Diets Really Work?
Humor

Kanye West and His Weird World of Cats

Kanye West is many things. He’s a megalomaniacal egoist with illusions of artistry. He’s a rapper who’s fond of referencing luxury goods that mere mortals are not allowed to purchase. He’s the key connection in the grand Kardashian/Illuminati conspiracy theory that is about to take over the world as we know it.

And he’s also a fine feline muse. Honestly. I know this because if you spend enough time scouring around the murkier regions of the Internet, you’ll come up with a bunch of homages to ‘Ye’s innate catlike nature. Here’s a listicle rounding up the most bizarre of them. Enjoy. Just don’t name your kitten Mercy. 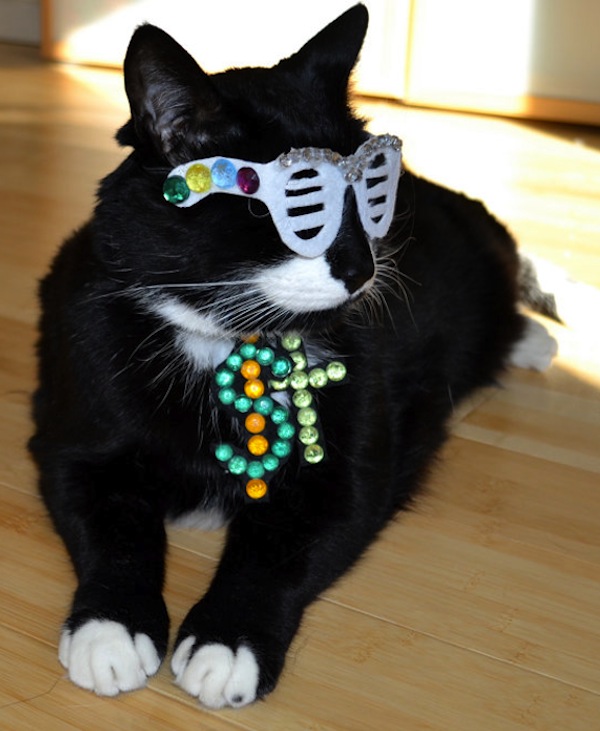 Marketed at the discerning cat who enjoys the slightly mushy sound of Kanye’s voice, the Kitty West cat costume comprises a pair of white stunner shades and a couple of cat chains. Quality craftsmanship is assured when it comes to the Kitty West cat costume, as it’s made of “felt, rhinestones, metallic cord and bling.” The usual disclaimer about the perils of attempting to dress up your cat applies. 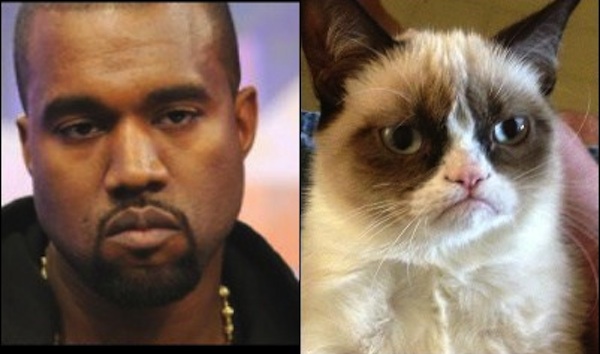 Earlier this month, it was announced that Grumpy Cat scored a movie deal. For longtime cat doppelg├ñnger enthusiasts, this wasn’t surprising news, being that the Grumpster harbors an uncanny resemblance to the superstar Kanye West. They are both excellent at pulling off moody pouts. Expect Grumpy to sign to ‘Ye’s G.O.O.D. Music label before the summer is out. 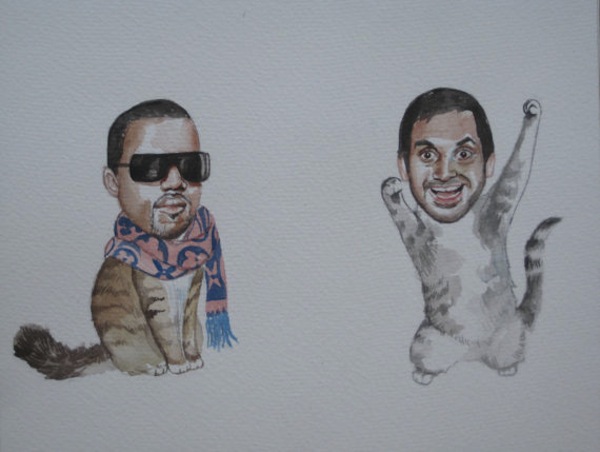 Rapper-meets-cat art at its finest, this watercolored illustration depicts Kanye West and his new-found sidekick Tom from Parks And Recreation as feline friends. Be honest: Kanye looks undeniably good as a cat. 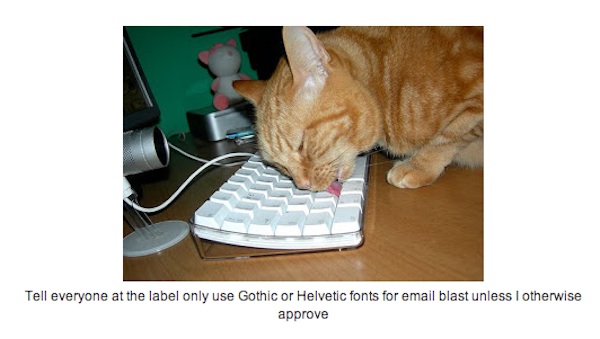 There is a secluded nook of the Internet devoted to nothing more than pairing pictures of cats and kittens with things Kanye West has tweeted. We should all bow our heads and give praise to Kanye that he has enabled such a thing to exist. 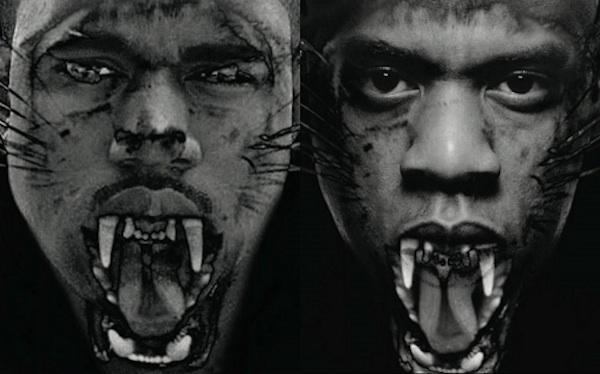 Showing his appreciation for the wild world of jungle cats, Kanye decide to morph his face into that of a lion’s as part of the artwork to his and Jay-Z’s Watch The Throne album. Yes, the end result is as horrifying as it sounds. 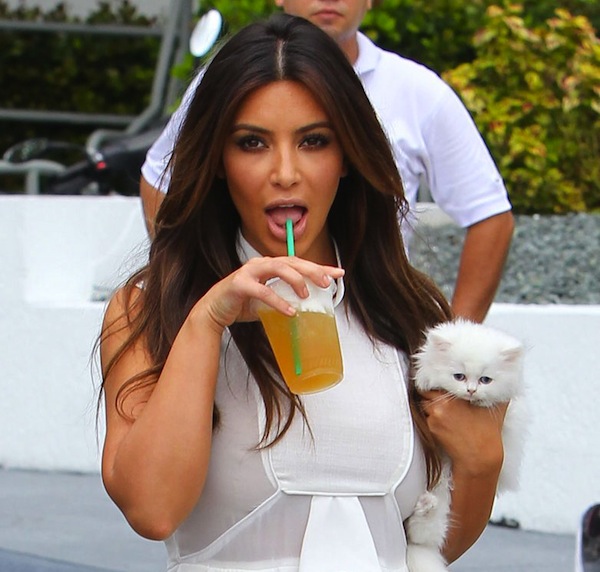 The tale of poor little Mercy is one of superstar pet ownership gone wrong. Kanye purchased a kitten for his beau, Kim Kardashian (pictured above concentrating very hard on skillfully carrying both Mercy and a Starbucks at the same time). She named the cat after ‘Ye’s song “Mercy.” She posed with the cat in many pictures. She then apparently got bored with Mercy, claimed she was allergic to her, and gave him away to her sister Khloe’s assistant. Mercy got sick and passed away. Frivolous kitten adoption is not cool, Kanye.

Read more about celebrities and their pets: