Next on The Scoop: I’m Mostly Vegetarian — But I Feed My Cats Raw Meat
Confessions

I never liked cats, until one grumpy old kitty decided he liked me. I've been smitten ever since.

I don’t like cats. At least, that’s what I’ve always said. I didn’t have cats growing up because my dad was allergic. We lived way out in the country — so far out that to see a “stray” cat was a thing of wonder, with that wonder quickly turning into horror as my dad would fire off a round of rat shot ….

The first cat I ever spent any decent time with was my then-boyfriend’s 14-year-old cat, Booger. Booger was a large grey-and-white cat with huge blue eyes. His mom was a Siamese who hooked up with an attractive (but very elusive) tabby tomcat. I was always warned to only pet Booger when he approached me and to never, ever pick him up, or I would surely be scratched.

When I moved in, seeing Booger propped comfortably in my spot on the bed was foreboding. Did I dare move him? I would gingerly slip under the covers and pray he didn’t try to suffocate me in my sleep. He would purr loudly as he nestled beside my legs, but I was sure he was plotting my demise.

Then one day, it happened. The weather was looking nasty, and Booger was stationed outside on the porch, determined to watch all of the leaves, limbs, and perhaps trees fly by. Without thinking, I swept him up and carried him into the house, where I placed him on his favorite perch. That’s when it hit me. I had picked up this supposedly finicky cat and survived. I reached out and petted him. He ate it up. From then on, I petted and picked him up as I pleased. I was very sad when he died at 16.

Not long after we moved to our current residence, one of our neighbors had four kittens they were looking to rehome. One of them looked an awful lot like Booger, so I jumped at the chance to get him. Unfortunately, someone else had already claimed him and the equally adorable solid grey fluffball that was his brother.

Instead, we adopted a little girl kitty who was mottled with grey and white and orange, with big green-gold eyes. Just a day later, I received a text that the people had decided not to adopt Booger’s doppelganger, so he was all ours.

Those two furballs will turn one on March 26. We’ve been through all sorts of kitty drama, from them tearing up the toilet paper to me trying to keep them calm after their spay and neuter procedures. (Have you ever tried to keep a 14-week-old kitten calm?)

We’ve been through three versions of cat trees until I could settle on the one I thought was just right. I keep their favorite toys in stock for when their old ones get too much wear. I take a million and one pictures of them — they even have their own wall of photos in the living room!

I’ve also uploaded videos of our Booger lookalike, Fry, to YouTube, displaying his curious "begging" gesture. Check it out:

I decided I liked cats — at least, my cats and the cats of a few friends — but I still didn’t think I necessarily loved them. That, however, also changed. When you become an adult, responsibility can often weigh you down. Before you know it, life’s stresses can be so much that you’re either going to have a brain aneurysm or you’re going to cry. It’s usually best to choose the latter. 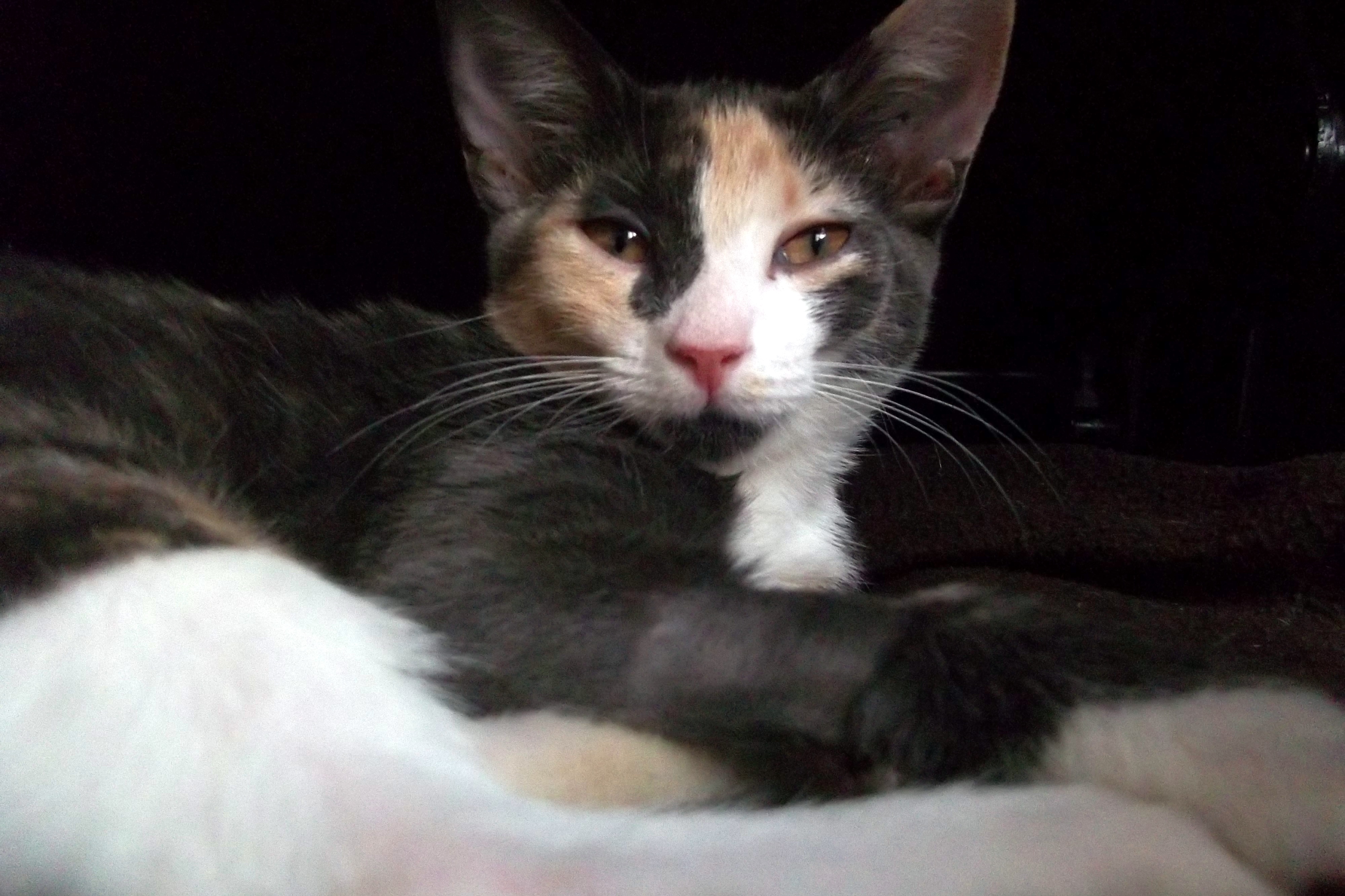 That’s where I found myself on a Monday night. The house was a wreck, so much needed doing, and I was just completely overwhelmed. I sank into the corner of my kitchen, braced between the stove and the cabinets, and I just let it out. My dogs? They wanted to lick my face. I didn’t want my face licked. I wanted a hug. I needed a hug. That’s when I saw Fry, slinking though the kitchen and into my lap, where he promptly rubbed his furry head across my chin as if to say, "I’m here now, it’s OK."

And it was. Fry let me cry into his soft fur, totally ruining his neatly groomed lines, and would occasionally reach up to touch my nose with his or rub his face across mine. He stayed there until I felt good enough to get up and carry on with what needed doing. 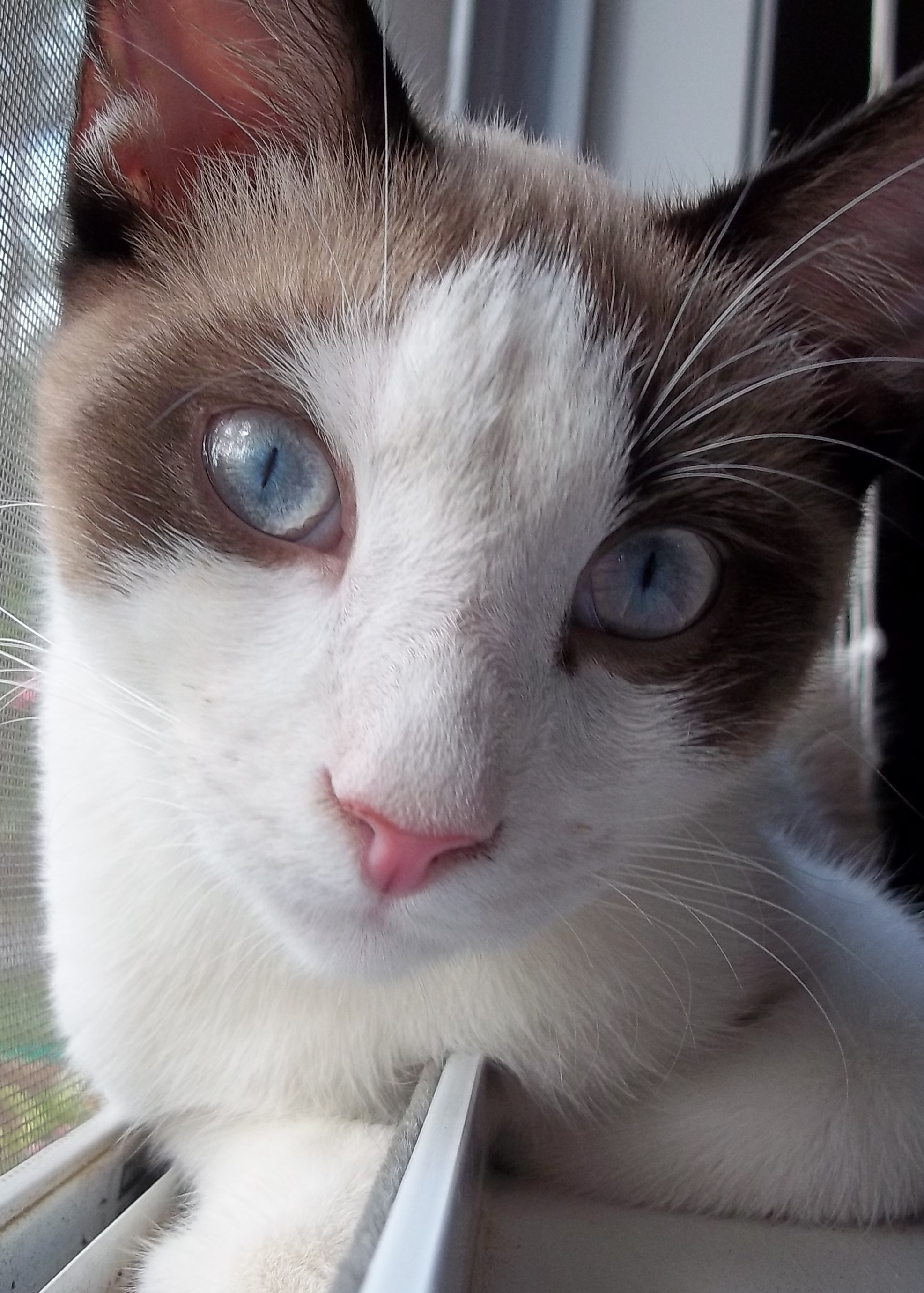 It was during that low moment in the kitchen that I realized that cats can be the most understanding and gentle creatures. They may still plot your demise on the side, but underneath that aloof and sometimes snarky exterior is a big, soft, warm heart, which can love and comfort more than you might think. So now when people ask if I like cats, I say, "No, I love them." I hope you love them, too.