Next on The Scoop: 5 Reasons Why I Love My Adorable Tuxedo Cat
Catster Exclusive

Paris might be the epicenter of fashion, love, and crepes, but apparently it is also quickly becoming the cat capital of the world … in the literary sense. Over the past couple of months, we’ve witnessed an onslaught of Franco-feline fare (and to be clear that’s a reference to France, not the cat-loving actor James Franco). Chanel’s Karl Lagerfeld has given us The Private Life of a High Flying Fashion Cat, an homage to his constant companion and feline coquette, Choupette. There’s Diane Lovejoy, author of Cat Lady Chic, which showcases sophisticated famous cat ladies such as Audrey Hepburn, Zelda Fitzgerald, Diana Ross, and Marilyn Monroe. Her book, while a domestic release, has recently been translated en fran├ºais. Then there’s the book based on 20 cats who roam (and own) the streets of Paris -ÔÇô aptly entitled, Parisian Cats.

We talked briefly with our favorite expat kitty Henri, Le Chat Noir, about this new literary trend, Google Translate, and his plans for 2015. 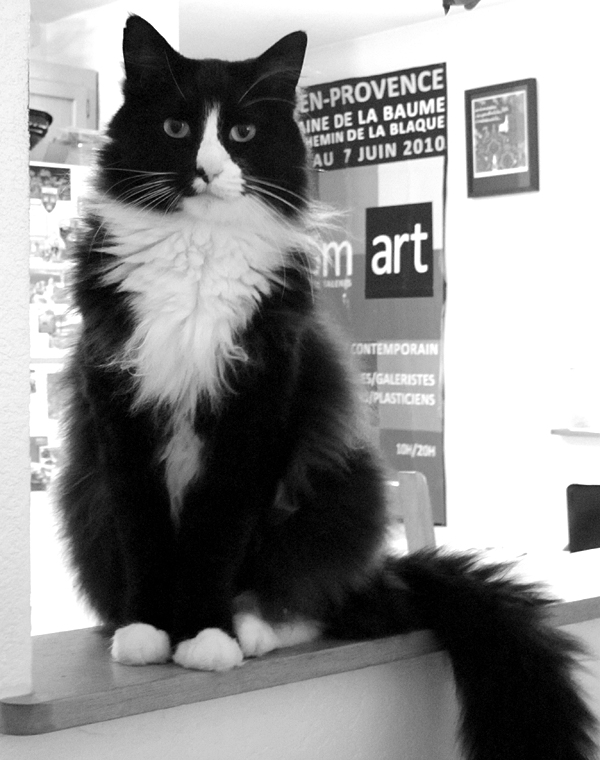 Catster: Let’s talk about all this French kitty literature that has recently come out. Is this de rigueur in your eyes, or maybe just a fleeting, trendy moment?

Henri: French is the only language that can adequately convey the ennui that the modern house cat feels. English is so lazy that it just uses French words like “ennui” or “malaise” because it can’t be bothered to create any of its own.

Monsieur Lagerfeld of the House of Chanel has created an homage to his beloved Choupette with the book The Private Life of a High Flying Fashion Cat. It’s a bit of a best-seller. First of all, have you seen the book, and second, what do you think of Choupette? Would you date her if you lived in the same city? 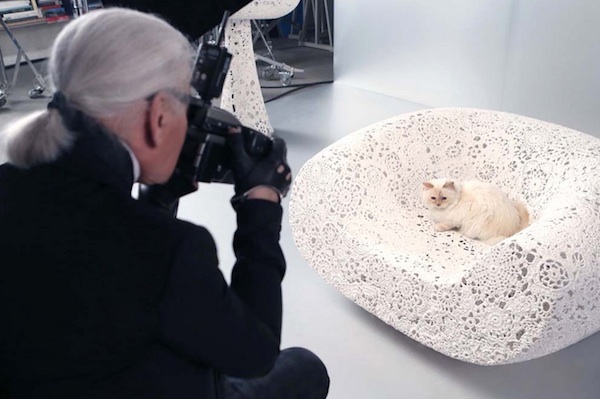 Fashion kitties are too high-maintenance. I prefer to wear the same simple tuxedo every day.

I don’t know if you’ve heard, but in addition, Choupette launched her own makeup line recently, though like yourself, she is not contractually bound to make any sort of personal appearances. What do you think of this notion of cats selling makeup?

Makeup, like so many things in life, is both an illusion and a delusion. Kierkegaard wrote of “the despairing refusal to be one’s self.” I applaud Choupette for making money from humanity’s insecurity.

Diane Lovejoy recently released her book Cat Lady Chic, which was just re-released in France. What do you think epitomizes “cat lady chic,” and why do you think they released the book to the Frenchies instead of, say, the Italians, for the second printing?

I support cat ladies giving me chicken, if that is what is being referred to. 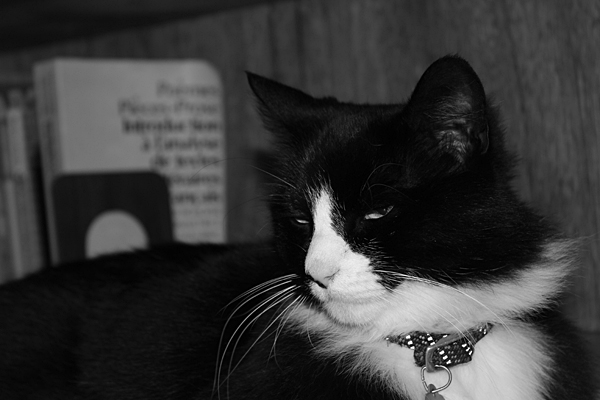 We all know you’re French and tormented. Is there anything you’re looking forward to in the coming year?

I am looking forward to my disillusionment with the world finally reaching a point where it is less of a torment and more of a reluctant acceptance. I did hear about your convention for humans to worship cats called CatConLA, so that seems like a worthy cause. Also I’m planning on napping a lot.

BTW, how did a French cat end up in Seattle? 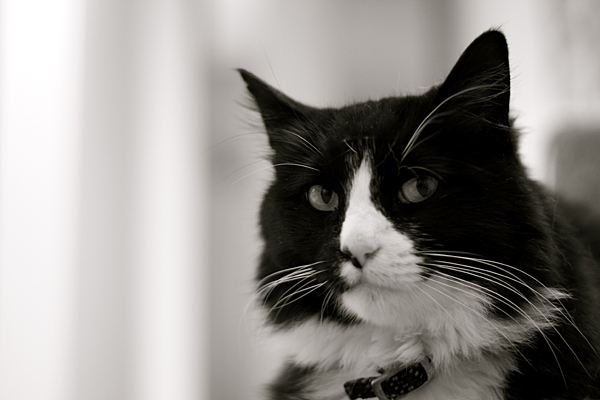 I don’t know if you know this, but another book recently came out, focusing on not one but 20 French cats. Here’s what Amazon said about the book:

Twenty cats in their purr-furred Parisian locales — from caf├®s and bistros, to bookstores and art studios, to museums and palace hotels — invite readers on a feline tour of the City of Lights. In Paris, caf├®s and cats go hand in paw. Far away from the famous runways in the world capital of fashion, the biggest divas in town can be found strutting their stuff down the zinc bar of many a local hot spot.

What does this say to you about the state of affairs in Paris? Do you have a problem with all these puns?

Puns are a low form of wit, and therefore more suited to humans than cats. I myself prefer analogies. A good analogy is like a sidewalk.

Last question: Are you writing another book? Have you ever thought about doing one solely in French, just to make the Americans look everything up on Google Translate?

I am indeed working on a sequel to my best-selling book. I find it easier to speak in French and write in English. That’s where the money is, anyway.

Susan Michals covers art and culture for various outlets including Wall Street Journal, Huffington Post, and Details. She is also the creator of Cat Art Show LA (which debuted in January) as well as the upcoming CatConLA 2015. She has one cat, Miss Kitty Pretty Girl, and one dog, Olive.

Posted in Catster Exclusive, Cats Own The Internet, Interviews, Humor,