Next on The Scoop: If You Die Unexpectedly, What Happens to Your Cats?
Catster Heroes

In a YouTube video, Willow, a young cat the color of sunflowers and cream, pauses mid-stride and gazes at the camera with striking amber eyes. Her back legs are twisted, and she drags them along as she moves across the room. It is a painstaking process, and she stops every few steps to rest.

But in the next scene, she is wearing a pair of crocheted leggings, which allow her deformed limbs to slide smoothly across the wood floor. She moves easily, as though she doesn’t know there’s anything wrong with her legs at all.

This simple pair of leggings proved to be a game-changer for Willow. Cats’ skin does not develop calluses like our skin, so Willow develops painful sores if her legs are allowed to drag. Her leggings keep her skin safe — and they look cute to boot. They were made especially for her by Leggings for Life, a nonprofit organization that connects an international network of crocheters to disabled animals in need. 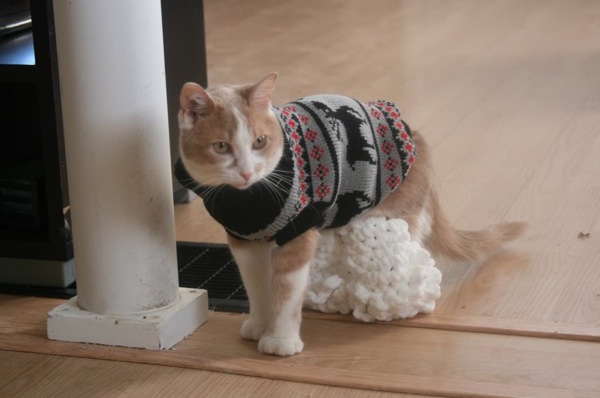 Wendy Matthews founded Leggings for Life in 2011 after she adopted Willow. Matthews has been rescuing and finding homes for stray and unwanted cats since 2006. In February 2011, she found Willow via Craigslist, which she checks regularly for animals urgently in need of a home. Willow was the only kitten left out of her litter. Because of her crippled back legs, no one seemed to want her.

“My heart was gripped,” Matthews says. “I called the people and immediately drove 40 miles one way in a snowstorm to pick her up. She was definitely wanted!” 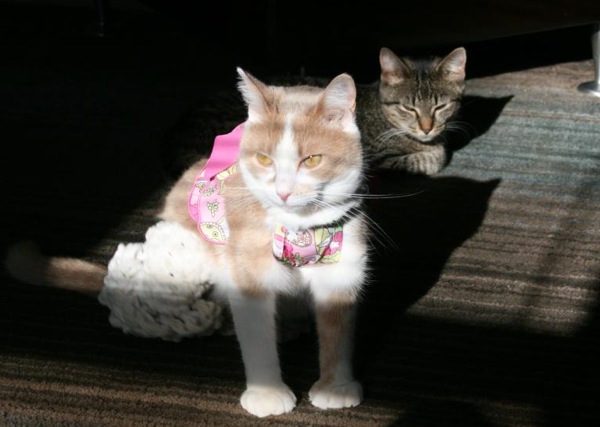 Due to her deformity, Willow might have been euthanized if Matthews had not rescued her. The young cat’s back legs were facing the wrong direction, which made walking difficult and painful. But mobility issues weren’t the biggest threat to Willow’s health. According to Matthews’ vet, Willow’s main challenge would be painful ulcerations and open wounds, which would leave her prone to myriad infections.

Despite this disheartening news, Matthews didn’t let Willow’s disability stop her from giving her cat a full and happy life. By crocheting a simple pair of custom leggings, Matthews drastically improved Willow’s quality of life. Now Willow can run and play just like any other kitty. 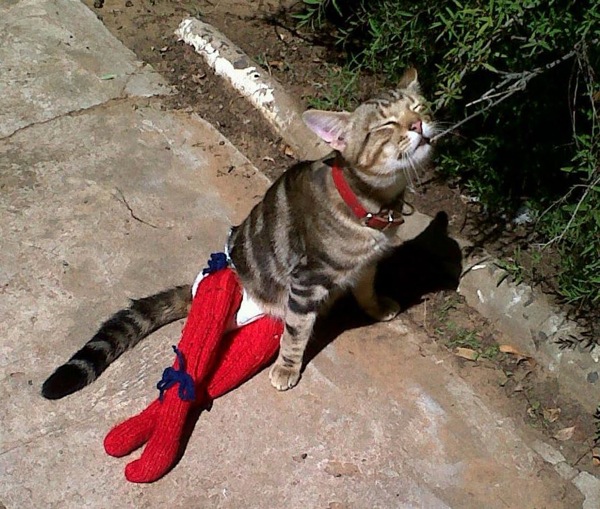 “The biggest thing I do is crochet her leggings so she can walk without pain and ulcerations,” Matthews says. “We also have steps up to the couch and beds in our house so she can enjoy the furniture.”

Over the last two years, Leggings for Life, which is run by Colleen Fishter, has helped more than 150 animals all over the world, including dogs and rabbits. Its network of crocheters is approximately 100 strong — and they’re always looking for new recruits. Check out Leggings for Life on Facebook to learn how you can start crocheting and get connected with needy animals in your area. Here’s the group’s video:

The cats Leggings for Life helps typically have leg deformities or paralysis. The leggings are custom-made for each animal by a Leggings for Life crocheter in the same area. The leggings are snug enough not to slide off but breathable enough to ensure comfort and safety with regular use. And they have made a world of difference for disabled cats like Lieutenant Dan, one of Matthews’ favorites.

“He was found crawling out of a manhole in Florida with paralyzed back legs,” Matthews says. “He used a wheelchair for a while. I had heard about him on the Internet and fell in love with him.” 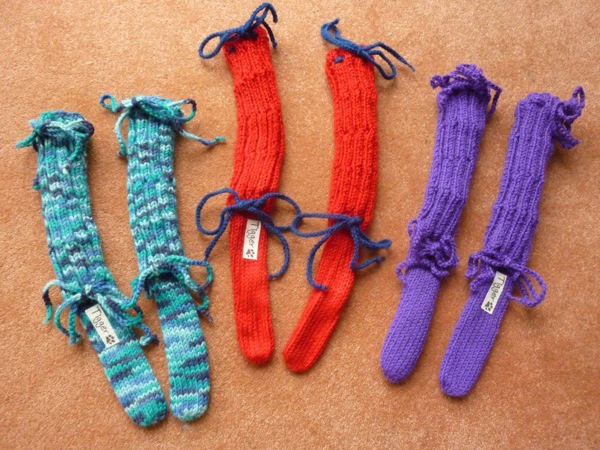 Wanting to help, Matthews contacted Lieutenant Dan’s rescuers to see if she could crochet some leggings for him. They were open to the idea — and so, it turns out, was Lieutenant Dan. He took to wearing them immediately, and as a result his mobility and quality of life have improved.

“I have seen later videos where he was wearing his leggings and going on a hike in the woods with his owner,” Matthews says. “It was very rewarding to see him flourishing so well.” 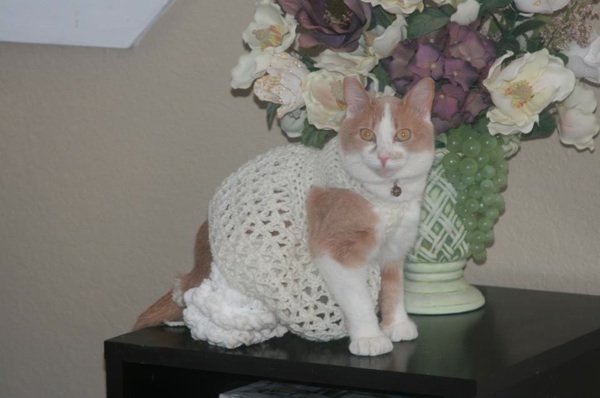 Matthews has also enjoyed sharing Willow’s journey with people on Facebook, where the cat has become a “poster child of sorts for the disabled animals who really only want to be loved,” Matthews says.

“The most rewarding part is seeing animals with disabilities being given a chance,” she adds. “So often they are discarded and seen as worthless. Every time I get a picture or a message back from an adopter saying how much they love their new family member, it does my heart good.”