Behind the Scenes at Andrew Lloyd Webber’s “Cats” Musical

Despite being a tried and true cat lover, until last week, I had never seen Andrew Lloyd Webber’s famous Cats musical. So when a neighbor knocked on my door recently with an extra ticket to the show in Toronto, I jumped at the chance.

As we drove to the theatre, my neighbor told me the play was about a tribe of cats, called Jellicles, who live in an alley and meet at the Jellicle Ball once a year. At the ball, she explained, one cat is chosen to be reborn and sent to begin a new life on the Heaviside Layer.

"You’ll know it when you hear it," my neighbor said of the musical’s most well-known song, "Memory." I had heard "Memory" before, but all that was coming to mind was Summer’s ear-screeching rendition in 2003 movie School of Rock.

During the intermission, I tried to make sense of all the cats I’d been introduced to. "Might the plot pick up?" I asked, "now that we’ve met all the cats?" Well, not exactly. Although the play culminates in the Jellicle Ball scene in which one cat rises to a new life, all the fun is found in descriptive and dance-packed numbers leading up to the grand finale.

Character, not plot, is the essence of Cats, which was inspired by The Old Possum’s Book of Practical Cats, a collection of poems published in 1939 by T.S. Eliot. Having listened to the poems as a child, Andrew Lloyd Webber challenged himself to set some of the verses to music and started working on the task in the late ’70s.

Eliot’s poems were so lyrical they required little to no adjustment. “The Naming of the Cats,” for example, was essentially taken from the book word for word. In the poem, Eliot, or “Old Possum,” describes the importance of cats having multiple, but most importantly, distinctive names.

“But I tell you, a cat needs a name that’s particular / A name that’s peculiar, and more dignified / Else how can he keep his tail perpendicular / Or spread out his whiskers, or cherish his pride?”

The song "Memory" and its associated character, "Grizabella," came about after Valerie Eliot, the poet’s widow, gave Webber and his team (director Trevor Nunn and producer Cameron Mackintosh) a stack of manuscripts and other extra materials that hadn’t made it into her husband’s published volumes. There they stumbled across "Grizabella the Glamour Cat," which was nothing more than a poem fragment. Mere weeks before the first performance, Webber and Nunn composed the music and lyrics to "Memory" using parts of other Eliot poems as inspiration.

When Cats opened in 1981 in London, it was a huge success. It has since been performed all over the globe and translated into many languages. The English title Cats, however, is almost always used in all countries.

The musical, much like Eliot’s poetry, is a celebration of difference in cats’ personalities. Although I was impressed by Ma-Anne Dionisio’s performance as the nostalgic Grizabella, some of the more comical cats won my heart with their playful struts and strong personalities.

Gus, for example, the crotchety old theatre cat, insists that kittens “do not get trained/ As [he] did in the days when Victoria reigned.” Like Grizabella, albeit in a slightly less mournful tone, Gus longs for a previous time.

Martin Samuel, a Toronto cast member, also appreciates the comedic aspects of Cats. He plays Rum Tug Tugger, a rambunctious and rebellious cat who takes pride in being impossible to please.

Cats was in fact the first musical the young Samuel saw. Fresh out of high school, he thought to himself about playing the role of Rum Tum Tugger. How wonderful that would be! Years later he auditioned for the role of Macavity, but was asked instead to play Tugger. He agreed immediately.

"What I think is fun about this show is you can really get carried away and invent things every night that you want to do," Samuel told me.

When I asked him about the challenges of portraying a cat on stage, he said most actors are nervous and shy at first but soon become comfortable in their roles, after a little practice. "As soon as you put the makeup on and the costume, and the sets arrive, you really get carried away and get into the characters."

Michel LaFleche, who plays Munkustrap in the Toronto production, actually spends all of his time on two feet. "That is actually beneficial for my knees," he says. Some cats have more physically demanding roles than others.

The nonstop running and singing can be a challenge, even for actors who come from a dance background. "It’s very quick, very wordy, and you need to mean it," Samuel says. To prepare for the opening scene each night, he takes a deep breath before exploding on stage, "like a cannon that’s just been shot."

Impressing audiences with fast-paced dance and song is another key to Cats’ success. "It’s a lot to look at," LaFleche says, "and because it’s from Eliot’s poems, the music is great for adults, but there are cats on stage, so it’s great for kids."

When asked if he owns a cat himself, Samuel’s voice drops to almost a whisper. "I’m actually a dog person," he says. "I like cats but I like very specific cats … ones that have a very friendly personality."

Read more about cats on stage: 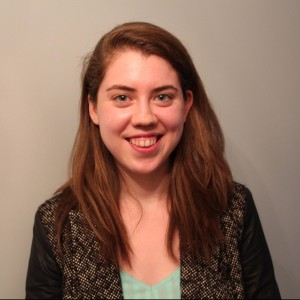