Next on The Scoop: 5 Home Safety Tips for Small Children AND Cats
Catster Heroes

We Visit the Catboat, a Floating Cat Sanctuary in Amsterdam

The Catboat — or, as it’s known in Dutch, de Poezenboot — is amongst Amsterdam’s best-kept secrets: a feral cat sanctuary and no-kill pet rescue center bobbing in a canal aboard one of the Dutch capital’s quaint houseboats.

In a city full of picturesque and unexpected tourist attractions, this just might be the most unique one of all.

Of course the Catboat was never originally intended for sightseeing — it was founded as and remains a serious working adoption center and clinic for abandoned cats. But the constant stream of curious cat-lovers convinced the operators to open it up to the public.

“We average 4,500 visitors a year,” says Catboat staffer Judith Gobets. “Most of our visitors say they miss their own cats while on vacation. Visiting with cats on a Dutch houseboat makes it even more special.” 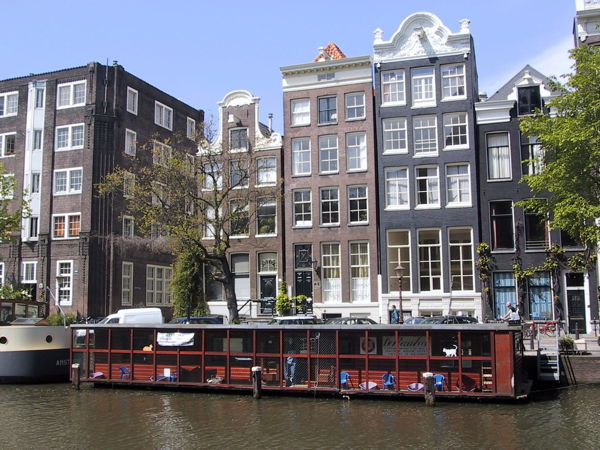 On any given day there are dozens of cats lolling about the boat, some quarantined in cages but many others just running free. “We have 50 cats at the moment,” says Judith, who prefers to be called by her first name. “About 15 are permanent residents, and the rest are adoptable.”

Visitors are free to pet the feline deckhands who call the boat home, but beware — the reason some of them are “permanent” is that they’ve been deemed unadoptable. “Most of our permanent residents started out as feral cats who by now can never be fully socialized,” explains Judith. “They will never be ‘normal’ cats and will always distrust people. Some you can pet, but don’t try to pick them up.” 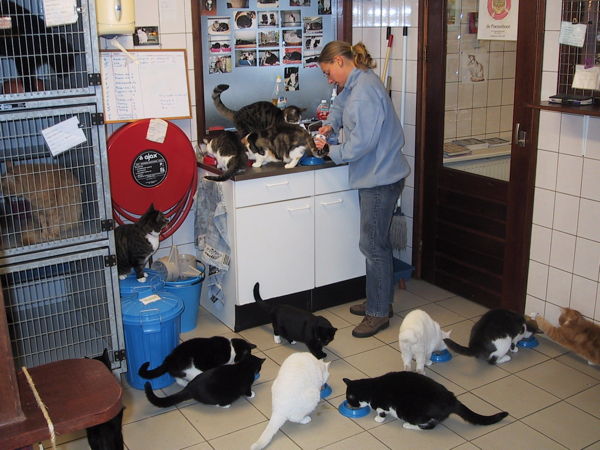 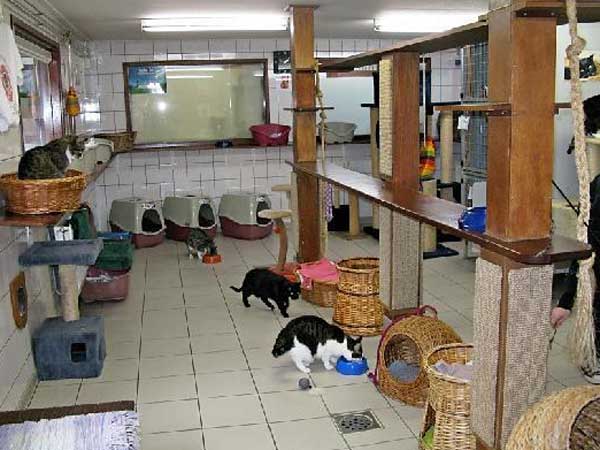 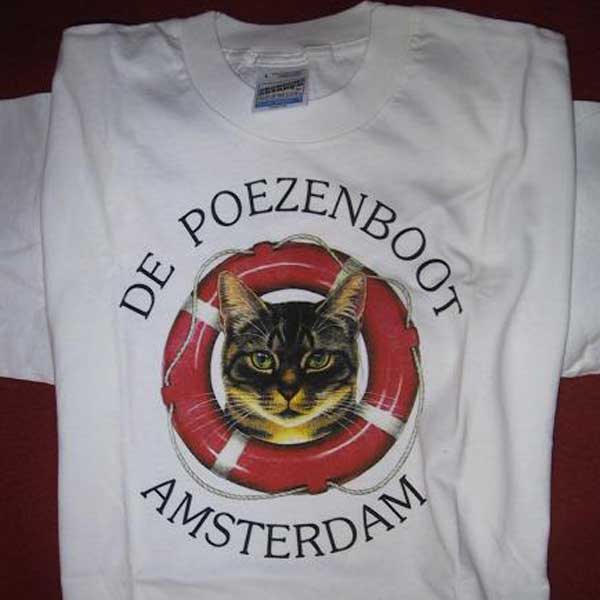 The staff at the Catboat has solved this problem by creating what look like “WANTED” posters for the most pugnacious kitties. “One of our volunteers makes drawings of the ‘dangerous’ cats, which are posted around the boat,” warns Judith. “Of course they are not really dangerous — you just have to leave them alone. People always like to cuddle a cat, but often that’s not what the cat wants.”

The first wanted poster you see is for Koeienkat, which means “cowcat” in Dutch because with his black-and-white markings this former stray looks like a Holstein cow. But don’t let his name or appearance fool you: Koeienkat is lord of the boat and a visitor favorite despite a well-earned ornery reputation. “Koeienkat loves to sit on laps but usually does not like it when you pet him,” says Judith. “You might be able to pet him once but the second time is once too many! It’s like Russian roulette.” When he’s in a particularly bad mood the staff has to lock him away as a public safety measure. 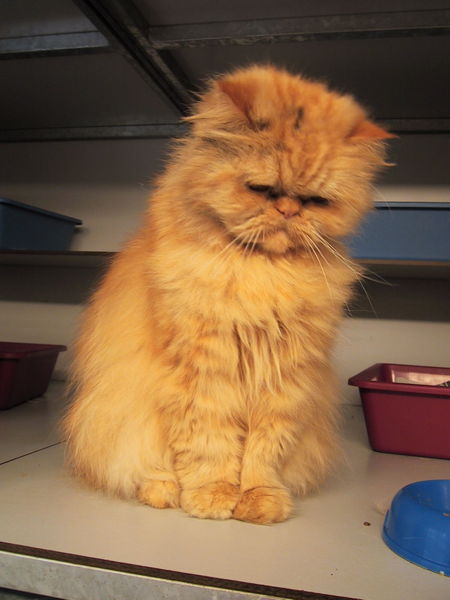 Once they’re out of quarantine, however, some adoptable and perfectly friendly cats are free to roam the boat as well, so not every cat is wanted by Interpol. You may take a liking to an affectionate furry friend — but don’t expect to just walk ashore with a new pet. “We are very picky about adoptions,” explains Judith. “I really have to have the feeling that the match is perfect. Otherwise the chance is too big that the re-homing will fail. Potential new owners and the staff have to sleep on it for a night before we finally say yes.”

Most cats would rather be in a home than a shelter, but internees on the Catboat at least get a form of entertainment not available at any other shelter: ducks that paddle by on the canal. “Some of our cats like to peer through the fence at the ducks, dreaming of ways to pounce. Cats, of course, like to hunt,” says Judith. 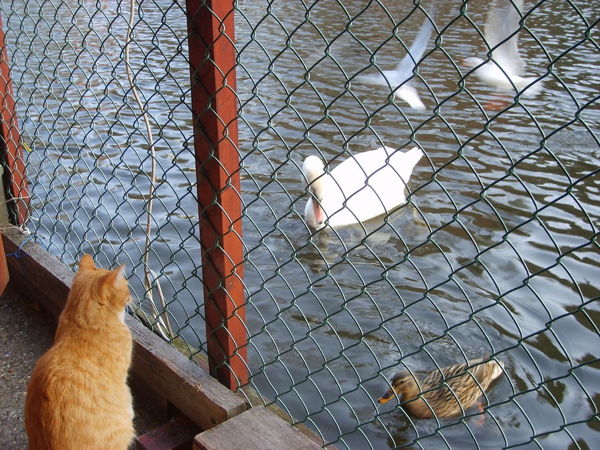 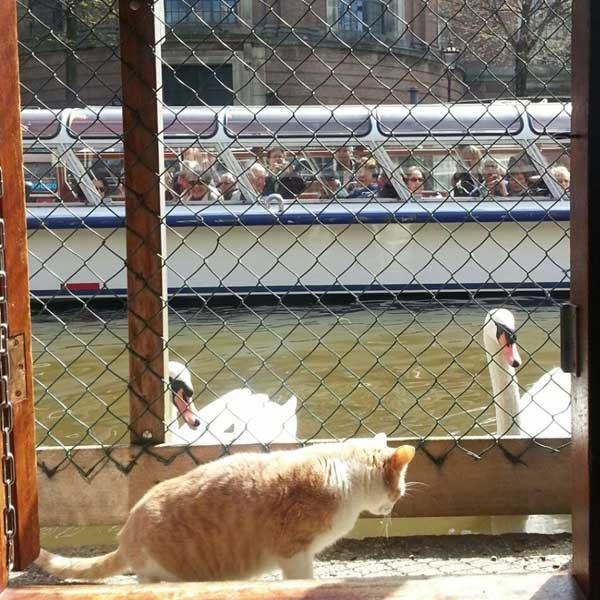 The Catboat also performs a public service by neutering and implanting traceable microchips in every cat that comes onboard, to minimize feral cat overpopulation and prevent any adoptees running away and becoming strays again.

The Catboat has its origins way back in 1966, when animal-loving Amsterdamer Henriette van Weelde took pity on the many wild canal cats prowling the city and began to care for as many as she could at her (land-based) home. By 1968 she needed more space and was lucky enough to find an unused houseboat on a nearby canal. 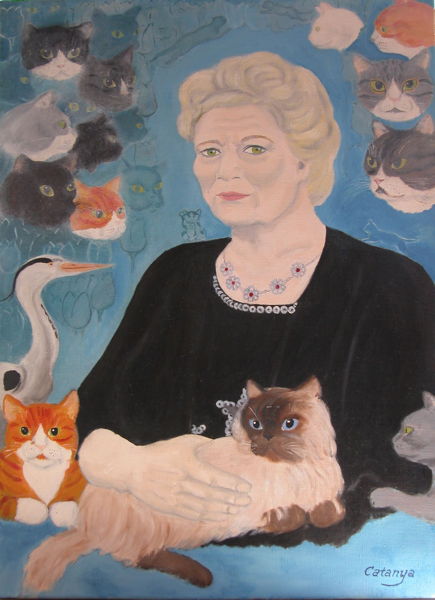 For two decades the feline houseboat eluded authorities as a sort of “pirate cat sanctuary,” not unlike the pirate radio stations on ships off the British coast. Finally in 1987 they went legit and got an official permit, officially adopting the name de Poezenboot.

In case you’re wondering about that name, de Poezenboot: Yes, Dutch is closely related to English and the shelter’s name might be more accurately translated as Pussyboat, since poese (plural poezen) is a direct cognate of the English word “pussy” — as in “pussycat.” But poezen has the same double-entendre “pussy” does, “so men, especially, laugh a little bit about the name,” chortles Judith.

Why not name the shelter Kattenboot, which also would mean Catboat but without any X-rated connotations? “Because the verb katten is also a double-entendre in Dutch,” explains Judith. “It can mean ‘to be unkind,'” similar to the word “catty” in English. “Between the two, Poezenboot sounded more friendly.” So de Poezenboot it is. 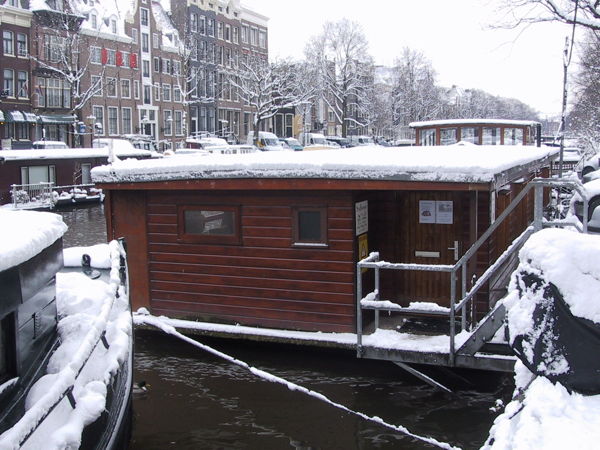 Henriette helped take care of the cats until she passed away in 2005 at the age of 90. Since then a small staff of dedicated cat-lovers like Judith have kept the place afloat and even attracted international fame.

There is no admission charge to visit the Catboat, but visitors often end up making a small donation anyway when they learn that the sanctuary is a nonprofit that receives no government support whatsoever. “About 10 years ago we did apply for funding, but they turned us down,” shrugs Judith. “From that moment on we’ve gone our own way. We are supported entirely by donations. And we do like the feeling of being independent. No strings attached.” The spirit of the pirate cat sanctuary still lives.

And even if you can’t visit in person to drop a few euros in the jar, you can still remotely adopt one of the permanent resident cats with an online donation. 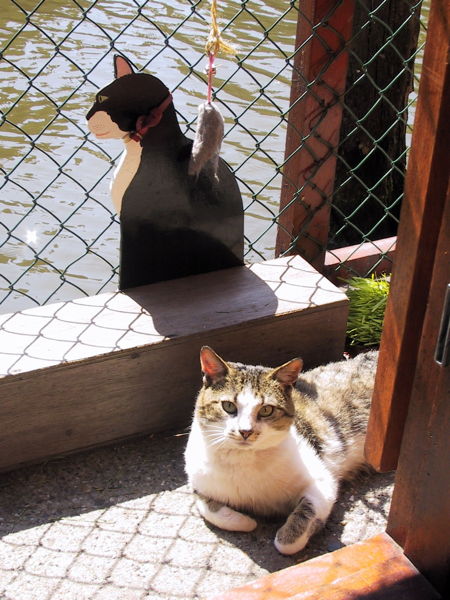 If you plan to visit, note that de Poezenboot is only open between 1 p.m. and 3 p.m., and is closed on Wednesdays and Sundays. Admission is free, but donations are welcome. The boat is located in the canal at Singel 38 G, near the Jordaan district.

(If the Catboat only whets your appetite for more cat sightseeing in Amsterdam, less than a mile away is the Kattenkabinet, a small cat-themed art museum; and a cat caf├® called Kopjes may also open soon.) 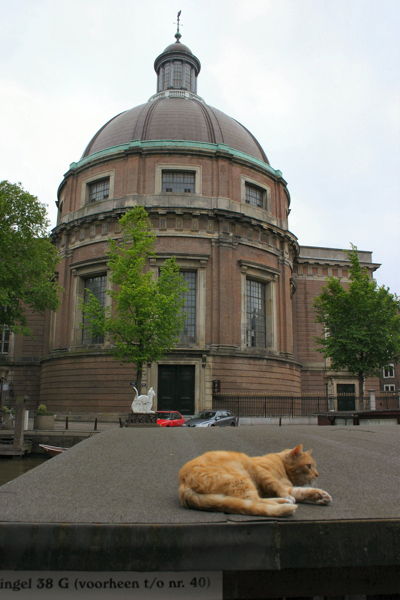 About the author: Kristan Lawson lives in the San Francisco Bay Area and writes about travel, food, evolution and scavenging.