Once Left at a Shelter, Buddy the Cat Is Now Dearly Loved

Editor’s note: We read Glenda’s blog post and loved it so much that we asked her permission to share it, so Catster readers could enjoy it too.

Four months ago today, Darrell and I welcomed a gray ball of energy into our home. It was love at first sight (of course!).

Only a little is known about Buddy’s background: His family could not afford him and chose to surrender him. Because he is so cuddly and affectionate, I have no doubt that was a heartbreaking decision for them. But surrendering him to a lady who assists people on low incomes with their pets, who in turn handed him over to Vancouver Orphan Kitten Rescue, was the best decision for this little guy. He was neutered, so he won’t be contributing to the unwanted cat population. But more important, that’s where we found him, and he’ll be loved for the rest of his life.

Buddy fit in right away. For 17 years, my husband Darrell claimed that he was not a cat person. Within 24 hours, Buddy had blown hubby’s cover! Buddy jumps up on his lap for cuddles, pats and purrs. Darrell might not be a cat person, but he is definitely a Buddy person. Who knew!

We decided to continue calling him Buddy until I could come up with a more suitable name. I didn’t have any potential names in mind when he arrived; I wanted to wait for the little guy to tell me who he is.

After having a (now-departed) kitty named Faith, I kept thinking this little one needed a more significant name than Buddy. Upon further thought, I realized that everyone should be a blessed with a good, reliable friend who is there through the happy and sad times, the good and bad. A buddy. What is more significant than that!

Buddy (aka Bud, Budmeister and Budweiser) has grown way too fast. He’d awake from a nap and seemed like he had grown yet again. He’s now a sturdy 10-pound kitty, a stocky, muscular linebacker who is continually into everything, except when he is asleep.

Buddy is likely a Russian Blue, at least in part. He is full of energy, as well as affection and purrs.

There have been plant mishaps. Except for one spider baby that remains in ICU, all of the spider plants have been annihilated with potting soil scattered everywhere.

The six-foot fig tree, Robert Plant, received an unplanned pot upgrade when he and Buddy tangoed and his terra-cotta pot smashed. His new pot is plastic with a layer of pie plates and sticky tape to keep the Budmeister from digging in the soil.

(That space atop the wall above Robert — yeah, Buddy gets up there too, particularly when Darrell and I are in the kitchen and he has been removed from the counter too many times. Bud just likes being wherever his people are.)

In addition to being part Russian Blue, he is also part Maine Coon, indicated by his large paws and his love of water. Keeping him off of the kitchen counter would be much easier if there wasn’t a sink.

At times I am convinced Buddy is channelling his big sister, Faith, who I dearly miss every day. Buddy has not replaced Faith; no one ever will and she will remain in my heart; my baby forever.

I am beginning to learn Buddy-ese and how he communicates (a little less with his sharp teeth would be great). We have fun playing with his wand toy in the living room and the mice in the bed. When I am working, he is either on my desk or atop my bookcase; never too far. He still sleeps at the foot of the bed; hopefully that will change and he will cuddle more. He definitely knows how, particularly when he is hungry in the morning and he works his cuddly, affectionate self.

I am grateful that Buddy found his way to Vancouver Orphan Kitten Rescue and then to me. I am convinced the universe was holding onto him until his forever home with me was ready.

I am looking forward to getting to know you better and to enjoying our time together, Buddy. I am glad you are home, forever!

About the author: Glenda lives in Vancouver with her husband and cat. Follow her writing at Do It Myself, her blog, where she shares her experiences living with cerebral palsy to motivate and inspire others to think about how they perceive their own situation and their own world around them. 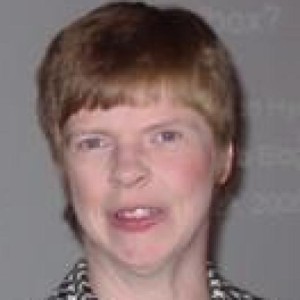