Next on The Scoop: How to Know How Many Cats Your Home Can Handle
Cats and Kids

My kids have turned out wonderfully, but my cats continue to act like selfish little brats.

I’m not a parent who believes in what some call “spoiling” children. My children have always had what they needed, along with plenty of toys and opportunities for fun; however, were taught early that gratitude is key. Stuff is just stuff, but feeling thankful for the stuff — however big or small — makes everything feel sweeter. I feel proud that one of my parenting accomplishments is raising grateful kids. 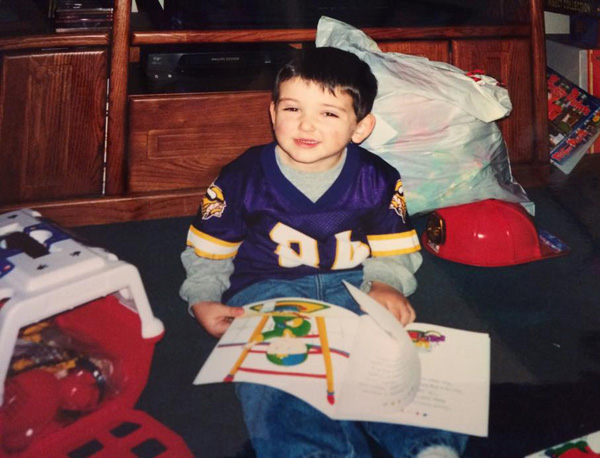 Cats? Well, they’re another story. I tried to raise them to appreciate everything they’ve been given, but they just don’t seem to get it — they just want the stuff. Selfish! Unless you really, really want them to want the stuff, then maybe they won’t want it. Or they’ll prefer the disgusting, chewed-to-hell pen cap that’s been batted under the bookcase a dozen times. They pretty much act like spoiled brats, no matter what they have. My hard work of trying to raise cats who give a damn has all been for naught. 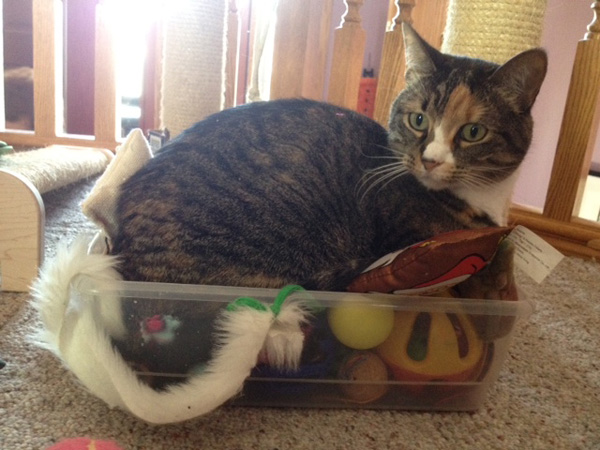 On holidays, my kids receive nice gifts from my husband and me — most of which they’ve requested. Of course the grandparents usually go overboard, but it’s just once a year, so I don’t consider that spoiling. In addition to giving store-bought gifts, Grandma and Papa have built them box-forts and tents made from sheets. One particular box fort was a complete hit and entertained the kids for nearly a year. They still talk about that cool fort. 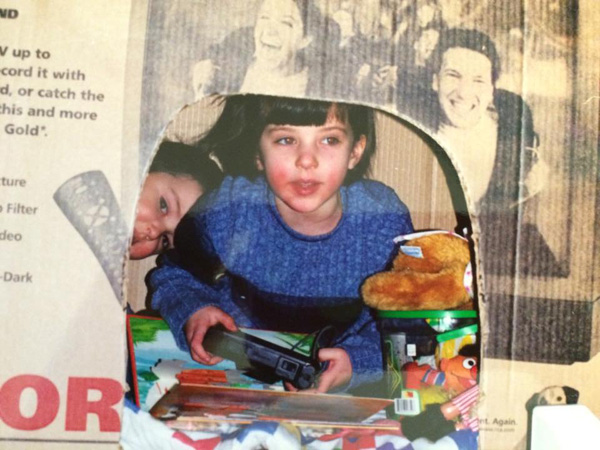 My cats also receive gifts from the grandparents, which usually include treats. The kitties think this is a good thing, but are too busy stuffing their faces to properly thank them. And the multitude of box forts we’ve built them over the years? Of course they enjoy them, as long as we move out of the way and don’t disturb their special “box time.” Sor-ry! 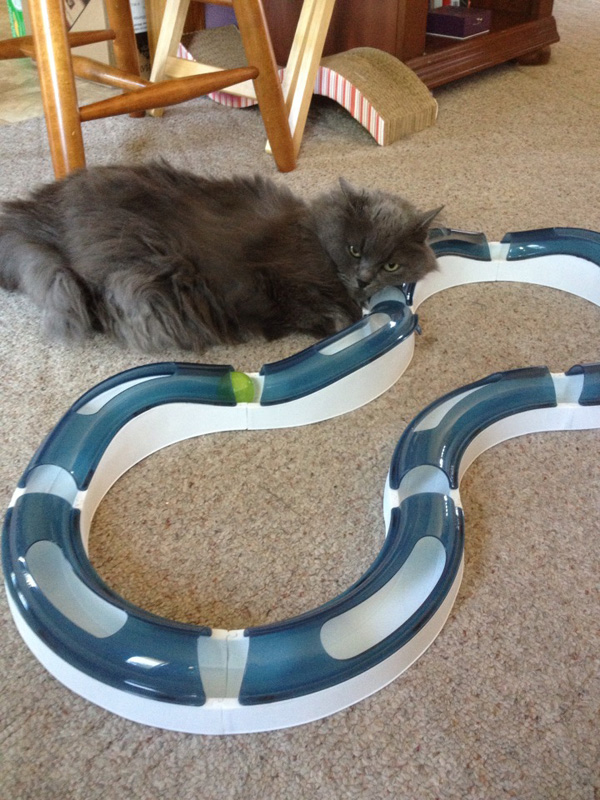 So although I don’t feel like I overly indulge my kids or kitties, my cats continue to act like entitled little punks. They want everything, and demand it on their terms and in their timing. And of course I comply. Maybe I am contributing toward the bratty behavior. If my kids were to act like my cats do, I’d be mortified! What’s a mother to do? 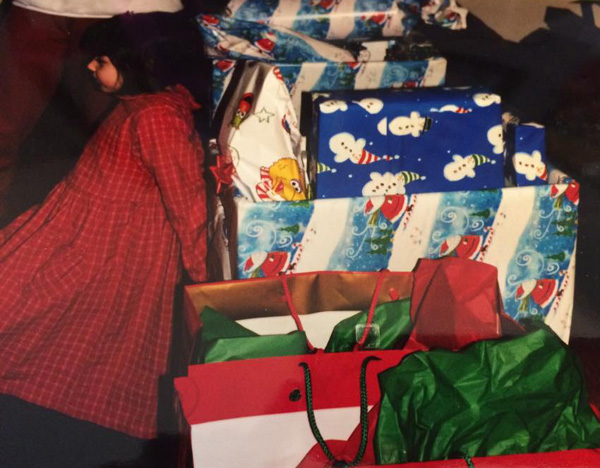 I think my cats have me wrapped around their fuzzy little fingers in ways my kids do not. Plus, I expect my kids to act politely when interacting with others in public — the only time my cats go out in public is for vet visits. And of course, their behavior is less-than-polished as they howl in the car and give the evil eye to everyone at the clinic. And I allow the behavior! They get to do what they want to do with very little intervention from me. Maybe I’m kitty-codependent. 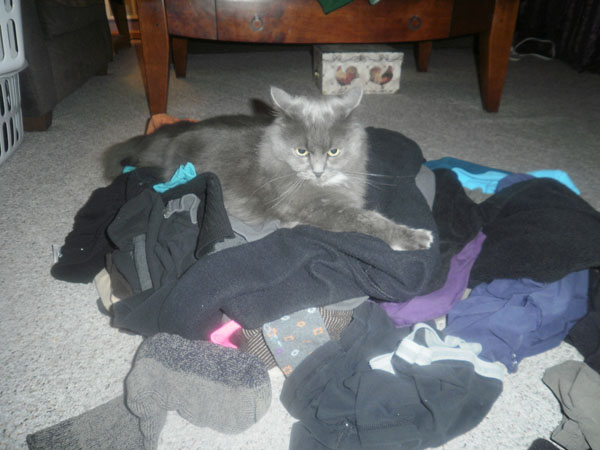 Although my cats act like little royals and my kids are more humble and appreciative, they all receive loads of snuggles and love from me. That’s the kind of spoiling I can buy into. Everyone seems to love the attention, unless the cats decide to go down the angry-snuggle road. And so what! Angry or not, they’re getting the snuggle. After all that thankless work of box-fort building, I at least get that!