Next on The Scoop: Videos We Love: 5 Cats Who Are Weird Sleepers
Let's Talk

How to Tell If Your Cat Is a Micromanager

Does your cat monitor your every move? Does she demand good service? Does she insist on scheduling? You might have a micromanaging cat.

I used to foolishly think that the term “micromanager” applied only to humans. Then I got to know cats. The real epiphany came when I met my friend’s cat, Leo, one of the most amazing and obvious micromanagers I’ve ever met. He amused me so much that I began to see some of these qualities in my own cats. Here are six qualities of kitty micromanagers:

1. She is aware of your every move

2. He strategically places himself so that he can monitor everybody

I first became aware of this clever cat strategy while observing Leo. He has a very deliberate habit of placing himself where he can keep his eyes on as many of his household members as possible, and with two adults, two young kids, and three other cats involved, that is no easy feat. But somehow Leo gracefully pulls it off.

He strategically sits in the center of all the action, and if the action moves, Leo moves as well. I’m not sure if he runs upstairs and downstairs to check on people when they’re on different floors, but I wouldn’t be surprised if he does. He’s that kind of an organized cat. It probably helps that his person is a super-organized manager as well. I think Leo might be helping her! 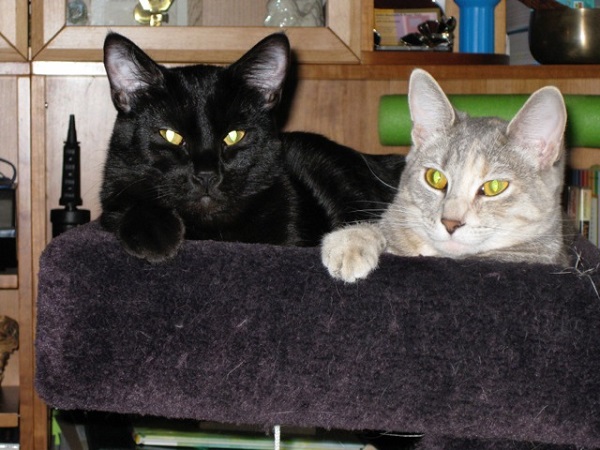 My orange tom Milo was much like this. Granted, we had a very small house at the time, so the cat could pretty much see all that was going on wherever he placed himself. But it seemed that Milo had a strategy. He was watching everyone. It wasn’t a matter of fear — Milo was No. 1 in our house. It was more like he was saying, “I like to know everything going on, thank you. I like to be able to keep you all in my sights.”

3. He is thrown for a loop when the household schedule changes

Leo lives in a complicated household with busy human members who have lots of activities. If one of the schedules is suddenly off, Leo notices. For example, if a school bus is late, or one of the kids is gone for a few days, Leo is visibly concerned. His world is temporarily rocked. My friend says that she can almost see Leo tapping his paw if the school bus is late, wondering where the heck his human companions are.

4. She growls at unfamiliar sounds

I’ve had two cats do this, and it always surprises me. I thought this guarding behavior was the territory of dogs. For example, when someone unfamiliar pulled into the driveway, I’ve heard a cat growl in warning. 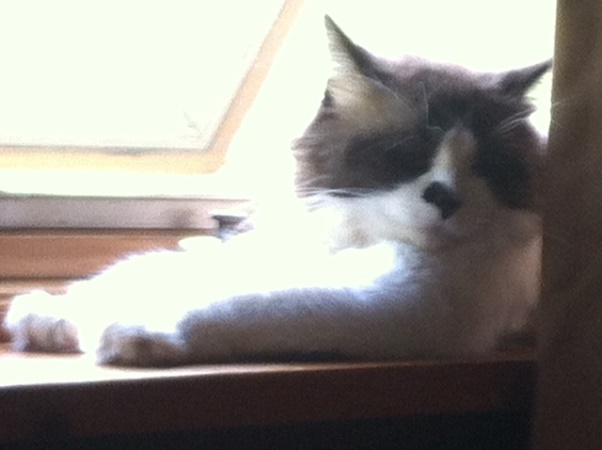 Some cats are very fussy about the way service is presented to them, and the micromanager is no exception. The litter box must be placed a certain way and emptied each day, the food must be prepared to certain specs, etc., or you’ll hear about it. I have had two orange cats who loved their canned food fluffed up. They were less interested in it if I simply scooped it into a bowl. No, it had to be mashed, fluffed, made light and airy like a souffle. The micromanager is a very good trainer; they have trained me well. 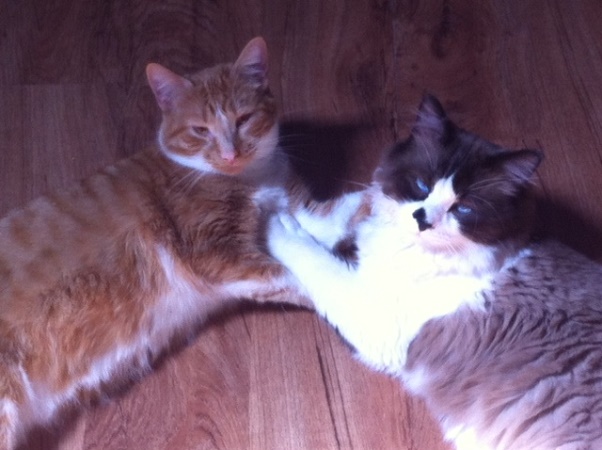 Well, I suppose these demands are fair. I wouldn’t want to eat from a dirty, crusty dish. And games are fun when played correctly.

Maybe all cats have an inherent streak of micromanagement, though they probably wouldn’t call it that. That’s a human construct. To a cat, maybe what we’re really talking about is living a good, smoothly functioning, high-quality life with no surprises.

Does your cat remind you of a micromanager? Tell us how in the comments!