Actress Suzy Nakamura Talks to Us About Her Cats

Editor’s note: Have you seen the new Catster print magazine in stores? Or in the waiting area of your vet’s office? This article appeared in our March/April. 2017 issue. Click here to subscribe to Catster and get the bimonthly magazine delivered to your home.

While Suzy Nakamura’s 20-year span of acting is impressive, I was more interested in talking about her love for her two feline companions, DB and Momo. She started by telling me about their unusual names.

“When I adopted DB from the shelter, his name was Dancing Bear,” Suzy explained. “He’s very active, loves to jump and play, and he has favorite toys he drags around like a dog. But, we didn’t want to call him Dancing Bear, so instead we called him DB. He’s really named for Dick Butkus — former Chicago Bears linebacker.”

Weighing a solid 26 pounds, the handsome 7-year-old Maine Coon is large and fast, so naming him for a linebacker was a logical move.

Three-year-old Momo was named after a popular hero in Japanese folklore. In the tale, a childless couple has a little boy born in a peach. His name is Peach Taro, later known as Momotaro (“Peach Boy”).

Momo is DB’s best feline friend, rescued from the same shelter, and is frequently seen cuddling up to DB on Suzy’s Instagram account. The sleek, black, domestic shorthair weighs only 8 pounds but has plenty of energy to keep up with DB. The duo even have their own hashtag: #DBAndMomo.

“Momo is my husband’s cat,” Suzy said. “He never had a pet growing up, so getting another cat was a big deal. We went in thinking I would be choosing a friend for DB, but my husband met and immediately bonded with Momo. He came over to me holding this little black cat and said, ‘This is the cat we’re taking!’ It was a wonderful experience, and watching him bond with Momo has been fun.”

The cats have very different personalities.

“Momo is like a little kid. He’s rambunctious,” Suzy said. “He’s an instigator. DB is much more chill, calmer.”

Suzy’s had cats most her life. She’s even curated a tiny museum for her cats. Initially this art project was started for her cat, Gideon. But after he passed away, DB and Momo inherited the collection, which features work from great artists like van Gogh to Pollock. The tradition started when she had to leave Gideon for work.

“I like to get out and explore the cities where I work, especially the art museums,” she said. “I always felt sad about leaving Gideon, so I started bringing home little art magnets that I could put on my fridge at his height.”

The cats appear to adore the collection and can be seen wandering past it on the way to their kibble.

You can see Suzy currently starring opposite Ken Jeong in Dr. Ken on ABC. She has also been a series regular on shows such as Go On, opposite Matthew Perry, and has had recurring appearances on numerous episodic series, including The Goldbergs and Modern Family. Suzy has guest starred on Veep, How I Met Your Mother, Castle, Grey’s Anatomy and Bones, among others.

Stacy Mantle is an award-winning writer, founder of the popular website petsweekly.com, and best-selling author of the Shepherd series. When she’s not writing, she can be found assisting with TNR rescue missions or volunteering at rescue events. She currently resides in the deserts of the Southwest with several cats, a few dogs, and a very understanding husband. 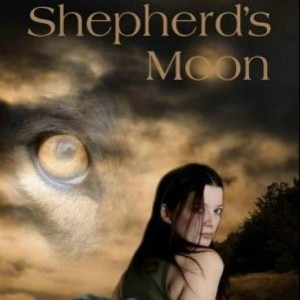 Stacy Mantle is an award-winning writer, founder of the popular website petsweekly.com, and best-selling author of the Shepherd series. When she’s not writing, she can be found assisting with TNR rescue missions or volunteering at rescue events. She currently resides in the deserts of the Southwest with several cats, a few dogs, and a very understanding husband.