Next on The Scoop: You Are Not Ready for Sushi Cat
Humor

My cats hate a number of seemingly benign household items.

I admit it. I have some irrational phobias — elevators, mold, and raw meat — that comprise my own personal trifecta of terror.

Similarly, my cats, Bubba Lee Kinsey and Phoenix, have silly fears of common household items. Usually, when they flee wide-eyed from something as innocuous as a plastic bag it makes me giggle, but I’m trying to understand where they’re coming from.

Here are five common household items that terrify my cats — followed by my theories of why the cats are scared. 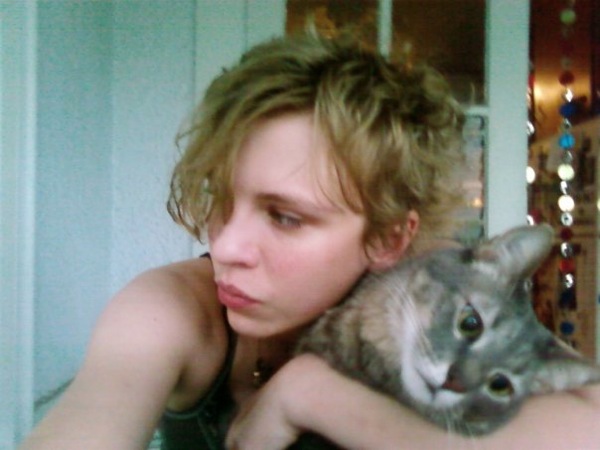 My cats have left the room before this dust-sucking behemoth even roars to life. Bubba Lee Kinsey perches on top of the bed, tail poofed and back arched, protecting his territory like a crotchety gargoyle. Phoenix, meanwhile, is MIA — though I’ll occasionally see her dart from beneath one piece of furniture to another as I encroach upon her hiding spot.

Not all cats are scared of the vacuum, though, especially when they are wearing shark suits:

Why my cats are so scared: With the vacuum cleaner’s loud, forceful sucking action and ability to send a cold chill up their spines, my cats clearly believe the device is a Dementor from Harry Potter. They are unable to summon an effective Patrounus because they suck at magic, so they just run.

It’s like the vacuum cleaner, but smaller, and it blows instead of sucks. Therefore, it completely boggles the feline mind. Phoenix sometimes approaches this mystifying contraption with tentative curiosity, but the moment a warm puff of air hits her face — because I just can’t resist — she darts the hell away from me as quickly as her chubby calico legs can carry her.

Here is another way this scenario can play out:

Why my cats are so scared: To them, it obviously looks like the horrifying industrial wind tunnel that almost killed Charlie and his grandfather when they visited Willy Wonka’s chocolate factory.

The scene: My kitties are sprawled luxuriously on the couch, their paws outstretched and their belly-floof warm and voluminous in the sunlight. They do not know that I am doing the unspeakable: I am boiling water for tea.

When the kettle starts to whistle, I might as well have entered the room hollering with sparklers in my ears. Bubba Lee Kinsey’s eyes become as big as quarters as he tries to locate the approaching doom. Phoenix, meanwhile, has already bolted. When it comes to fight or flight, she accidentally got two of the latter and none of the former.

Actually, this is similar to how I react to most alarm clocks — I crawl across the mattress to get away from them. On the issue of the tea kettle, I sympathize with my feline friends. 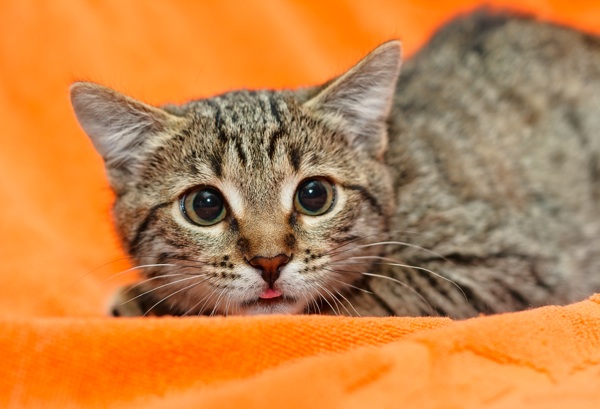 Why my cats are so scared: Have you ever passed out drunk near some train tracks? Maybe on a camping trip, or something? Yeah, that’s why.

Static from the TV is The Great Nap Killer. My cats and I can be spooning and watching a movie, but when the show is over and I snap off the DVD player, assaulting our ears with the sudden hiss of static, they are awake — and they are pissed.

“What the hell, lady,” their faces seem to say. 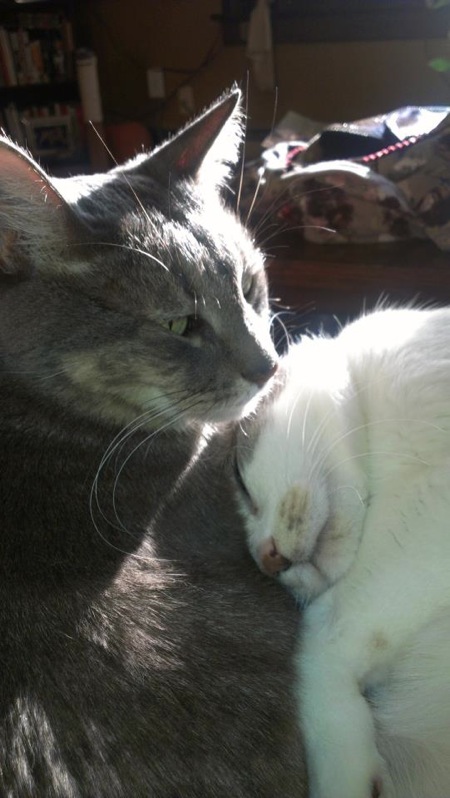 Why my cats are so scared: Have you seen The Ring?

Opening a fresh trash bag every Monday morning is a chore my cats do not appreciate. The moment the bag flaps and snaps open in midair, my cats are out of the kitchen so quickly that their legs probably do one of those pinwheel-esque moves that happen when frightened cartoon characters try to run (see especially: Scooby Doo).

This might be my cats’ most irrational fear, but even more irrational is this kitten’s fear of apples:

Why my cats are so scared: I’m pretty sure that’s how Dracula’s cape sounds when he’s rushing across the room to suck your blood (while he’s wearing high-waisted acid-wash jeans).

About Angela: This not-crazy-at-all cat lady loves to lint-roll her favorite dress and go out dancing. She also frequents the gym, the vegan coffee joint, and the warm patch of sunlight on the living room floor. She enjoys a good cat rescue story about kindness and decency overcoming the odds, and she’s an enthusiastic recipient of head-butts and purrs from her two cats, Bubba Lee Kinsey and Phoenix.