Next on The Scoop: Tips for Preparing Your Cat for Holiday Visitors
Catster Holidays

The 12 Cats of Christmas: Mr. No Ears, a Feral Cat in Portugal Who Has Staying Power

As we recap 2014's most awesome felines, we turn to the unofficial feline mayor of Albufeira.

The year is coming to a close, so what better time to take a minute to look back on the most adorable, heartwarming and sometimes heartbreaking cats of the year? That’s exactly what we’ll be doing with the 12 Cats of Christmas. Now we come to the turn of a cult kitty living out in Portugal. 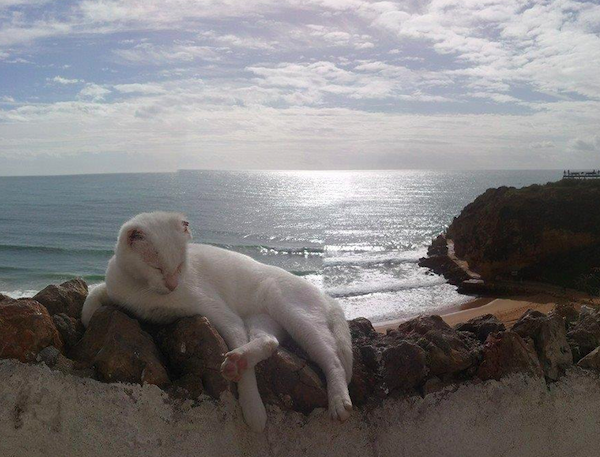 Mr. No Ears is a familiar face to long-time Catster readers. He lives out in the city of Albufeira in Portugal where he heads up a colony of notable feral cats who consider the grounds of the Rocamor Hotel as their home. The cats are monitored and looked after by a local kitty welfare group, Amigos dos Gatos do Algarve, and Mr. No Ears’ name and distinctive one-eyed and no ears look came about after he developed issues due to sun damage. 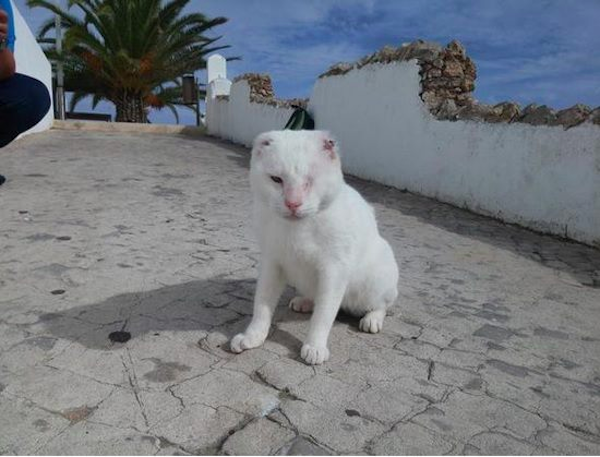 Life was moving along as usual for the cat we dubbed the Lion King of Albufeira when we first profiled him — until a series of unfortunate events transpired that nearly had Mr. No Ears kicked out of his home. The timeline of the tumultuous happenings is a little muddled, but it seems that a municipal vet received a complaint about Mr. No Ears from someone at the hotel and ordered his removal. An outcry ensued and various parties accused each other of various deeds; the whole shebang possibly stemmed from a waiter who remarked to the vet that he often had to wipe down the hotel’s outdoor tables after Mr. No Ears and his small kitty army sat on them.

A petition supporting the return of Mr. No Ears was started — during which it was reported that the cat was feeling “depressed about losing his freedom.” 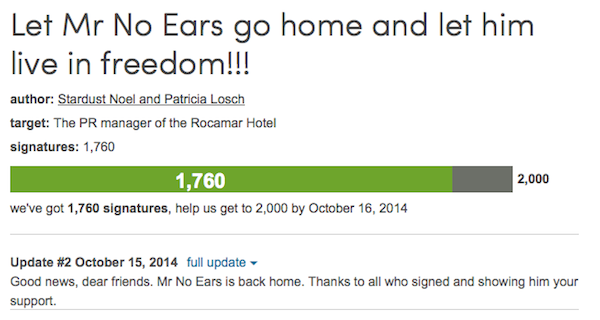 Thankfully, the situation was resolved and on October 15 of this year it was announced, via the petition page, that Mr. No Ears had returned back home. Phew! 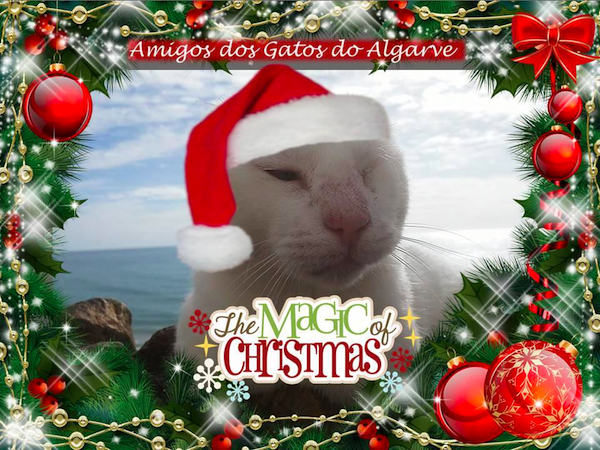 Since then, he’s settled back into his usual routine, even finding the time to set up a Twitter account. Mr. No Ears also appears to be verily enjoying the Christmas season and has inspired fans around the world to use his image in their festive tree decorations. 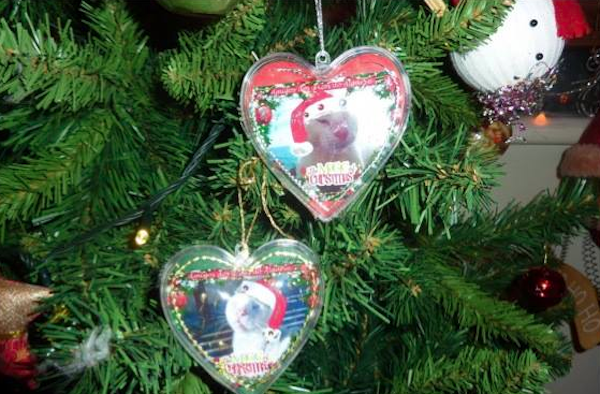