I had the honor of representing Catster at Phoenix Comicon 2016 with my primary objective being to seek out every single cool cat item, cat reference, and cat-related experience the event had to offer. Let me tell you, I’m exhausted after three days of scouring the exhibit hall, walking the convention center, attending panels, and battling the crowds, but boy was it worth it! I really hit the motherlode of cool cat stuff.

Phoenix Comicon takes place once a year, usually in the scorching heat of Phoenix spring or summer, and this year was no exception. The event spans four days. It takes over the Phoenix Convention Center with an exhibit hall including more than 600 vendors, artists, authors, and creators; 1,000 hours of programming, photo ops, and autographs with celebrities; and of course parties in the nearby streets and hotels. Some 85,000 attendees don their best superhero and pop culture costumes, so I figured I’d see plenty of Catwomen and cat ladies in the crowd.

I prepared by pulling out some of my best cat fashions, including my custom cat ears from Puppet Pie. I was ready to walk with my Cat Mary Janes from T.U.K., Cameow Knee Socks from Sock It to Me, and Cat Walk Tote from Triple T Studios. My eyes were alert for anything hip and stylish with feline flair. Here’s a roundup of what I found.

You can always expect to see a lot of interesting art at Phoenix Comicon, and you can usually meet the artists, too. I found tons of whimsical cat art in lots of styles, bold and colorful as well as subtle and mysterious. It’s wonderful to see so many talented people making a living doing what they love.

Dragon Kitty is the creation of artist Lisa K. Weber. These flying kitties originated in the comic book Hex11 from Los Angeles-based comic book label Hex Comix. Dragon Kitties are woven into the story line of the comic book, but they were so popular that they spun off to become their own line.

Annie Dunn of Chaos in Color creates some of my favorite cat art at Comicon. Her affinity for cats is obvious in almost every piece, including Earl Grey (above left). This awesome pin-up style purple Catwoman is from artist Bianca Thompson.

Jenny Parks is a Phoenix Comicon regular, and her collection of pop culture characters as cats never disappoints, especially the portraits of Doctor Mew.

New finds this year included the art of Geoffrey Gersten (above left) and Camilla d’Errico (above right), both extremely talented artists.

David Coleman (above left) and Will Terry (above right) are professional illustrators, David working in Los Angeles on many different projects and Will working in Utah doing primarily children’s book illustration.

One of my favorite finds was the work of Kurtis Rykovich. His portraits of women often include cats — a perfect match for his mysterious and haunting style.

Creator of the comic book series The Crow, James O’Barr did a spoof of Reservoir Dogs, which pairs nicely with this black cat from Diana Levin of Ghoulish Bunny Studios.

I stopped by to visit another of my Phoenix Comicon favorites, Ringo the Cat from Furry Feline Creatives. Ringo is looking good in plushie form and on lots of other merch.

I had to buy this awesome Good Fortune Cat print from Steam Crow. I also loved this tiki-style Maneki Neko from Spicy Donut and the judgmental cat from Rebecca Hicks of Little Vampires.

Comicon is a good place to expand your t-shirt collection, and there was a nice selection of cat-themed t-shirts this year.

Akumu Ink showed up with this awesome Cheshire Cat (above left) on tees and totes. Another new favorite find was Miles to Go (above middle), a clothing company featuring original art inspired by literature. On a more lighthearted note, Look Cuter (above right) pairs adorable animals with witty sayings.

You can usually expect a wide variety of plushies at any con, and Phoenix Comicon had plenty. Somehow I managed not to purchase any of these, but it was a struggle.

Cat plushies of all sizes were prevalent at Phoenix Comicon, from tiny Unicorn Kitty to these large Nemunekos. I was smitten with the adorable white kitty with the tiny orange on his head, most likely inspired by the sleepy Asian cats balancing fruit on their heads.

Who doesn’t love a Banana Kitten or a giant stuffed Maneki Neko? And that giant white tiger — he’s a backpack!

Not only did I see lots of people wearing cat fashions, but there were several fun finds in the exhibit hall, including cat dresses, jewelry, and handbags.

The Kitty Meow Combo from Panda Hat has everything you need for kitty cosplay. The box includes giant cat paw mittens, ears, a tail, and a bow tie with bell. It’s available in black, white, or pink.

Our new friends over at Sweet Midnight are big time cat lovers, and they have lots of fun kitty goodies including awesome circle skirts and lots of cat bling.

What would Comicon be without cosplay? I spotted some really impressive kitties walking the halls.

I also attended a preview of the new film Hell’s Kitty and a panel discussion with some of the film’s creators. Hell’s Kitty was originally a web series and is now being turned into a full length film that will premiere at film festivals later this year. Watch the trailer here. If you’re a horror movie fan, you’ll recognize tons of familiar faces.

I feel like this was an excellent warm-up for CatConLA. See you there!

About the author: Kate Benjamin is the founder of the popular cat style blog Hauspanther.com. She specializes in helping people live stylishly with cats. You may have seen her on Jackson Galaxy’s show My Cat From Hell. Make sure to check out Kate and Jackson’s books Catification: Designing a Happy and Stylish Home for Your Cat (and You!) and Catify to Satisfy: Simple Solutions for Creating a Cat-friendly Home. 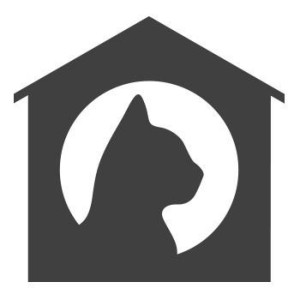 Kate Benjamin has been writing about feline design since 2007 and is co-author with Jackson Galaxy of two New York Times best-selling books, Catification and Catify to Satisfy. Get more of Kate’s feline design tips at hauspanther.com.