Next on The Scoop: 5 Tips for Saving Money on Your Cat Care
Texts From Mittens

Mittens Will NOT Wear a Sailor Suit, Even for Grandma’s Treats

In other news, Phil the dog should get a job.

Mittens has had a tough couple of weeks, especially where Phil the dog is concerned. He thinks he’d be much happier as an only child and has made his feelings crystal clear.

And by the way, Mittens is perplexed as to why in the world a human thinks a cat would want to spend a day at an office? “Pet friendly”? Mittens is certain that’s just another term for “a day of manhandling and no privacy.”

When will humans ever learn? Read on and feel Mittens’ pain for yourself. 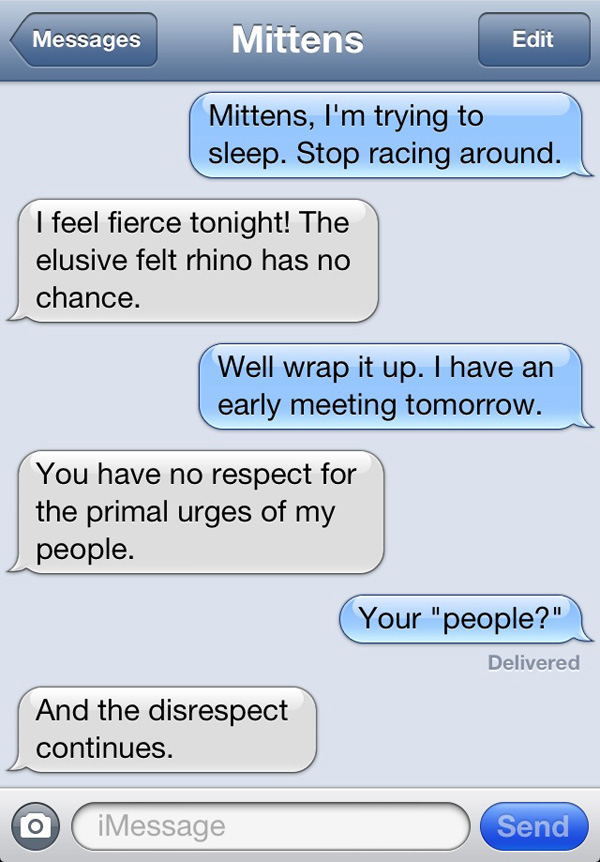 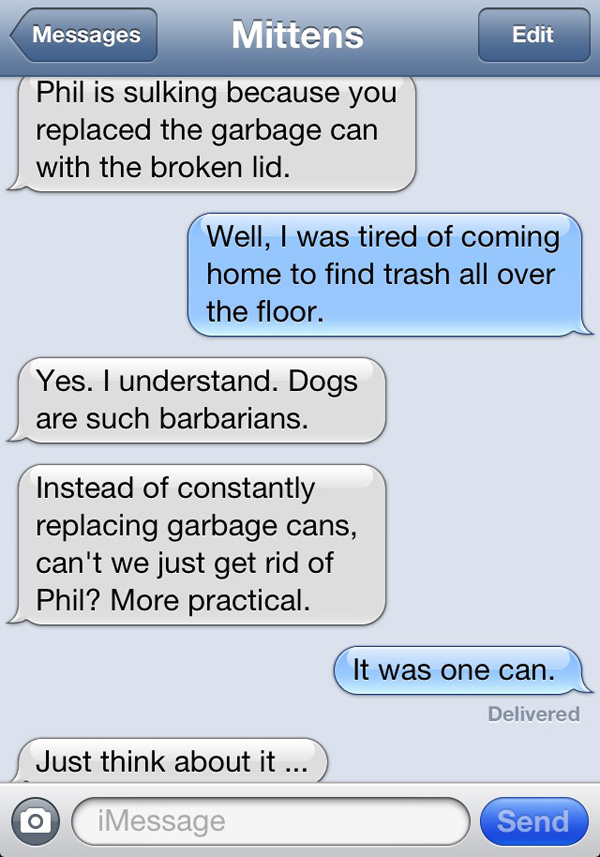 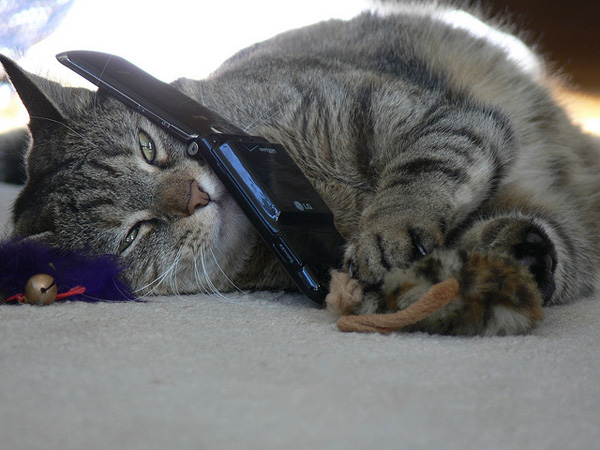 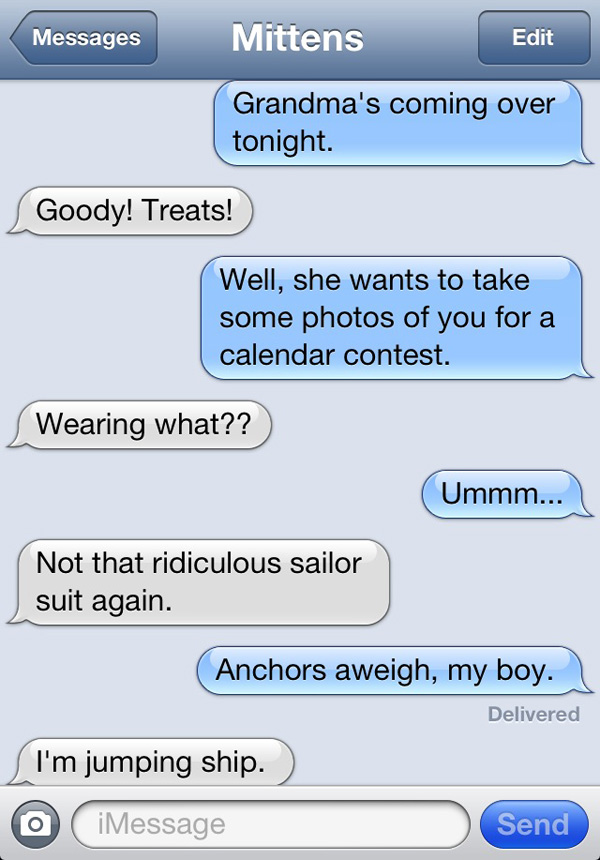 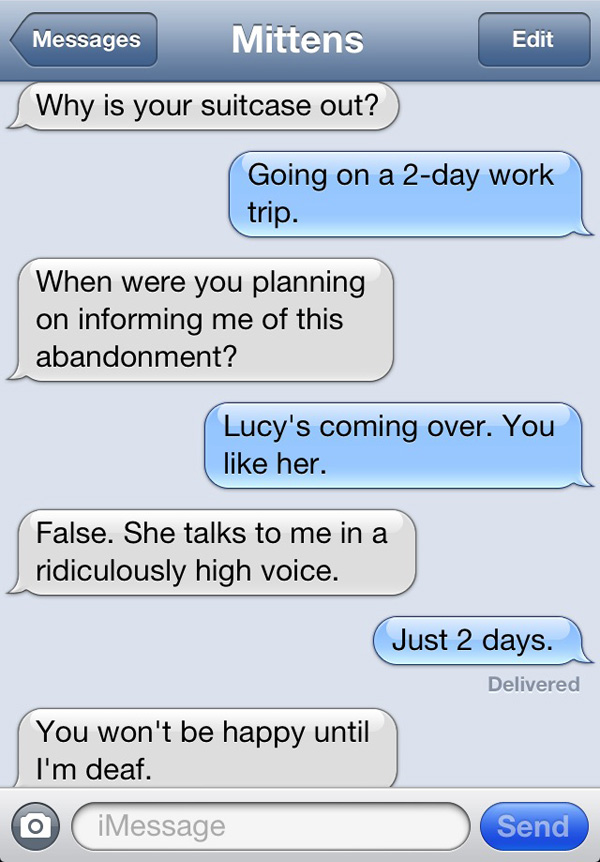 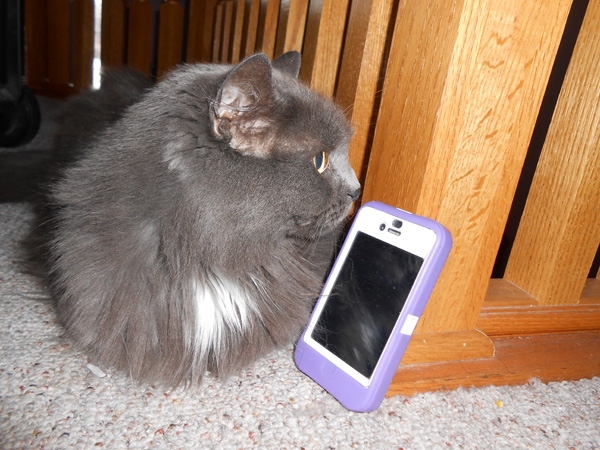 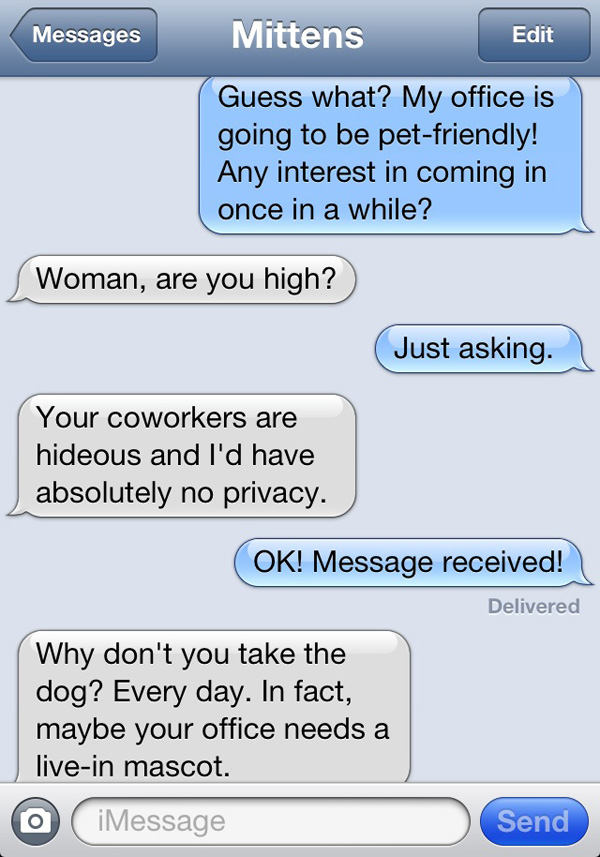 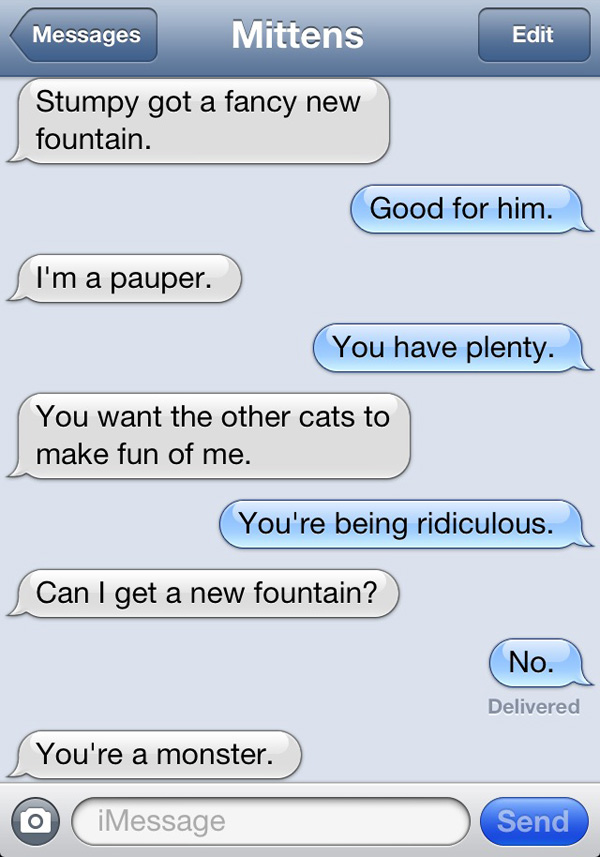 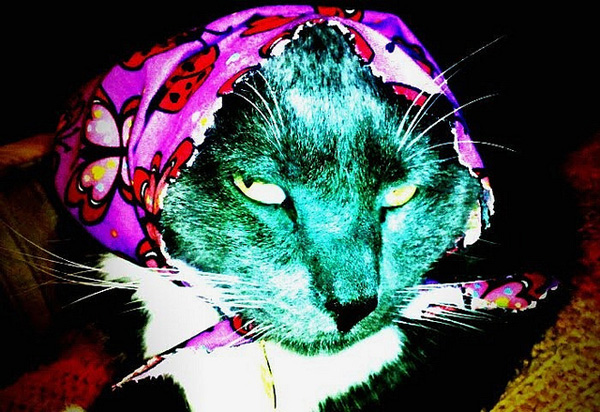 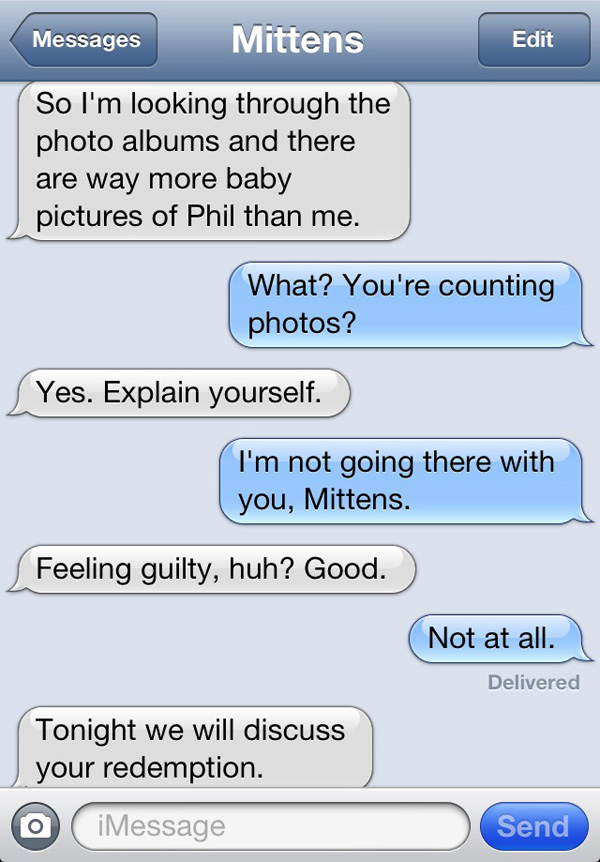 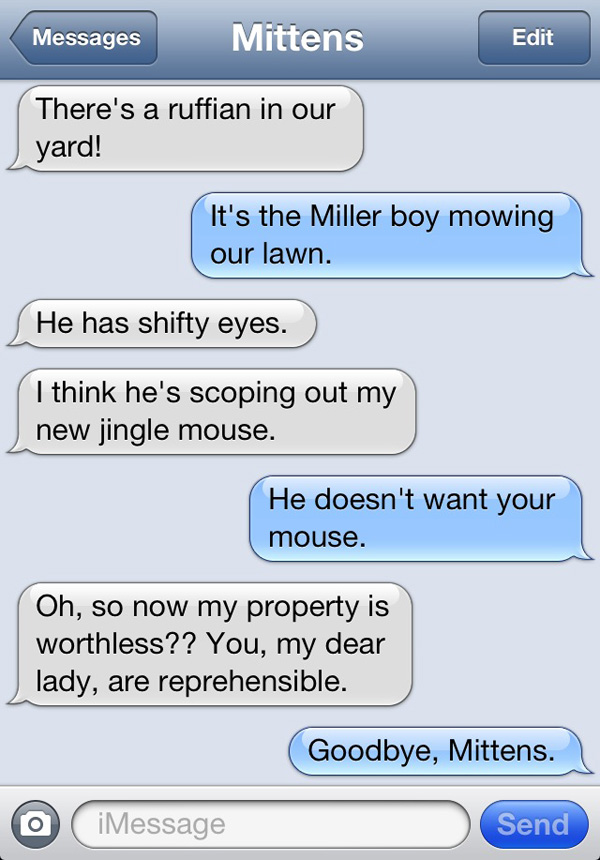 For a complete library of Mittens’ past texts on Catster, click here.

What kinds of texts would your cat send? Tell us about it in the comments!

About the Author: Angie Bailey is a goofy girl with freckles and giant smile who wants everyone to be her friend. Loves pre-adolescent boy humor, puns, making up parody songs, and thinking about cats doing people things. Writes Catladyland, a cat humor blog, and authored whiskerslist: the kitty classifieds, a silly book about cats wheeling and dealing online. Partner in a production company and writes and acts in comedy web series that may or may not offend people. Mother to two humans and three cats, all of which want her to make them food.