Next on The Scoop: What’s Mew at Catster: June 2020 Cat Events
It Takes A Community 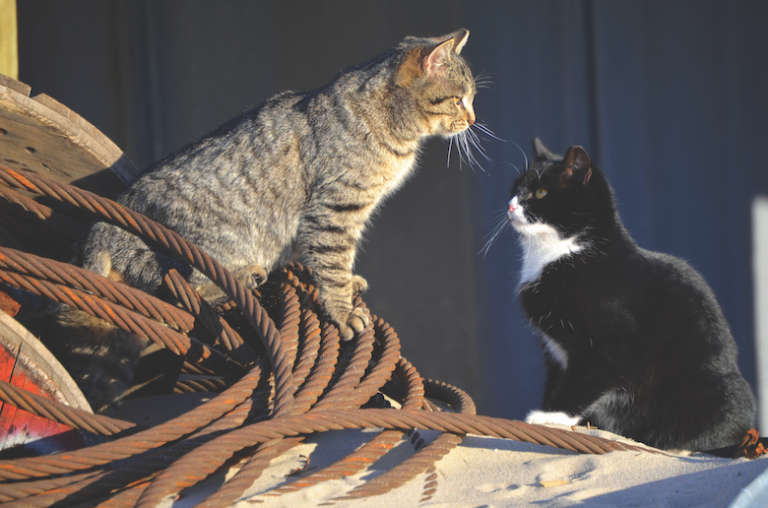 Catnip Nation is the spotlight in the fight to teach others about compassion and the responsibility we have as humans to care for animals that live in a unique netherworld between pets and wildlife.

Tina Traster, a veteran journalist-turned-filmmaker of the multi-award-winning documentary Catnip Nation has lived with and loved cats for years. Her idea to make a documentary about them began as an ode to these enigmatic creatures. But despite her passion and the popularity of cats in mainstream culture today, her journalist’s compass led to a darker place with a startling revelation that was misrepresented by the fandom: Cats have it rough. And the documentary became a different story. 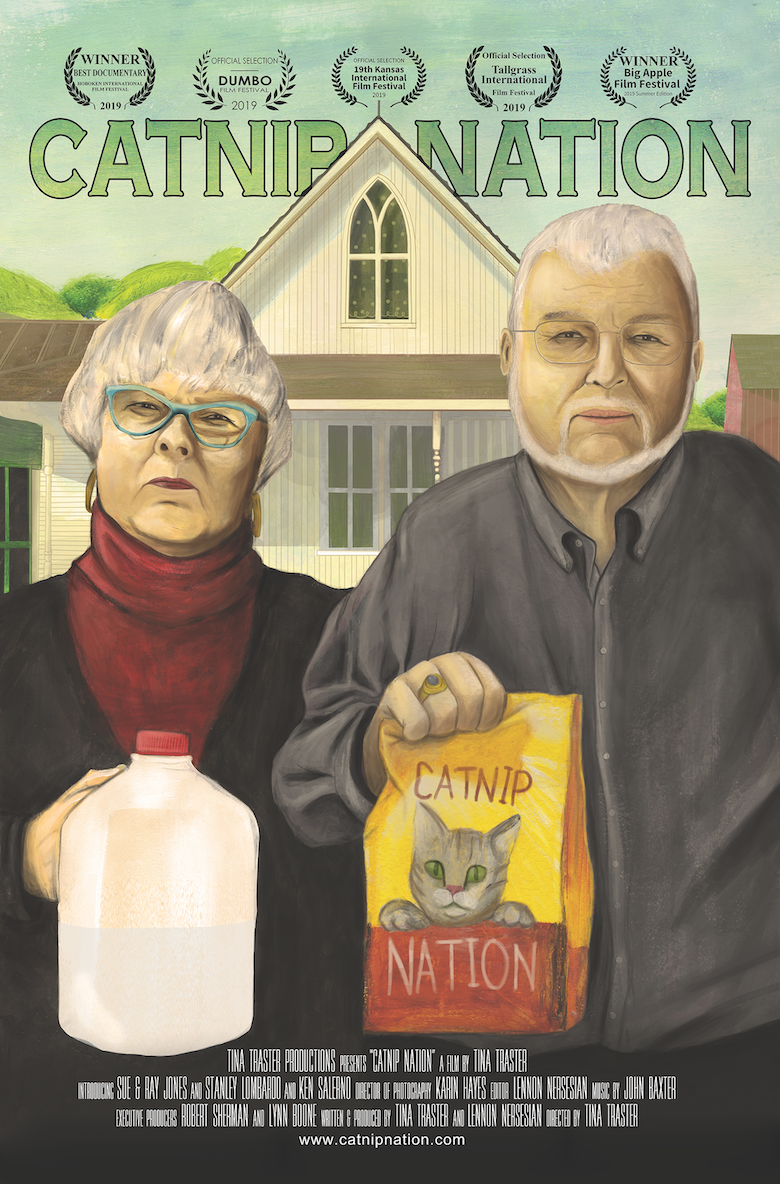 Initially, she didn’t know there is a nationwide crisis with too many cats in shelters who will never be adopted, millions more euthanized and an estimated 70 to 90 million feral or “community cats” living in cities, villages and towns across the country, wherever they can find a food source. Nor did she know that many well-intentioned people who are trying to care for these cats are oppressed, threatened and persecuted by outdated laws, unprotected rights or uneducated politicians.

Determined to change the fate of a voiceless population and teach about this crisis, Catnip Nation was made to be an accessible and broad medium to tell the story by turning cameras on specific people.

Sue and Ray Jones from Augusta, Kansas, are facing fines and imprisonment for putting out water for feral cats living behind their store.

Stanley Lombardo of Oceanside, New York, was barred from his 30-year post as a volunteer at the local landfill where he cared for a colony of 40 abandoned cats. He had to walk away under orders from the town supervisor.

Ken Salerno was the caretaker for 65 cats living under the Seaside Heights, New Jersey, boardwalk when the newly elected mayor put out an executive order to euthanize all of the cats.

Tina says she made a conscious decision to let the characters’ lives and the hurdles they face tell the story.

“Filmgoers crave inspirational role models — we love Erin Brockovich because she fights the system, and we celebrate caped crusaders who perform daring feats of bravery. Our characters do all these things, and it’s effortless to get swept up into their lives — seeing firsthand what it’s like to risk jail to care for these cats.”

Their stories are not unique, and without any laws in place to protect the cats, colony caretakers are most vulnerable, whether it’s being followed by unmarked vans at night or being put on high alert by the local law enforcement. Catnip Nation is the spotlight in the fight to teach others about compassion and the responsibility we have as humans to care for animals that live in a unique netherworld between pets and wildlife. 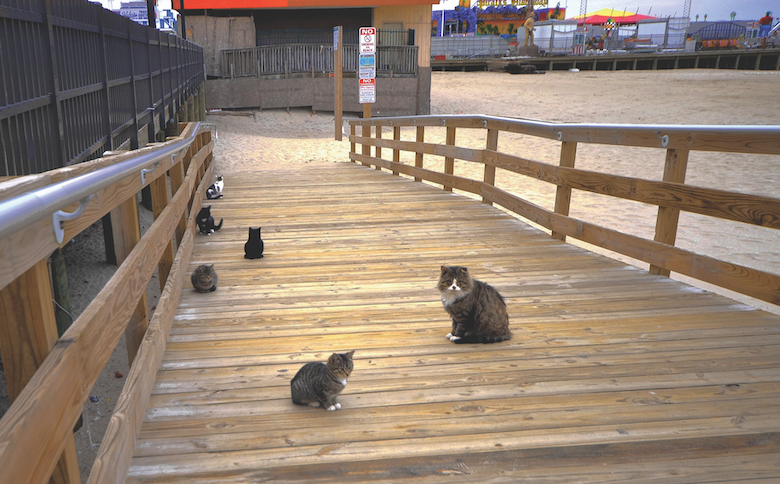 The importance of TNR

Central to its success is trap-neuter-return (TNR), a spreading practice worldwide, in which cats living in groups are overseen by caretakers who fix and vaccinate them and feed them until the population winnows down. While Tina claims Catnip Nation is not a pedagogic platform to preach about the movement, it’s a clarion call to make TNR legal. But it’s complex because it requires buy-in and consensus among cat colony caretakers, animal shelters, veterinarians, neighbors, businesses, law enforcement and politicians.

She elaborates: “A collateral movement is required that must be understood at a financial level. Of course, it’s easy to engage people emotionally on this subject, but those who make funding decisions often do so with a cold eye. Villages, towns and cities all have feral cat populations. What must be aired is: How are you dealing with this problem now, how much does it cost taxpayers, is there a way out of the endless cycle, what makes sense financially — surely, it’s not an endless cycle of euthanasia.”

Foot soldiers are needed to unify the message by communicating with decision-makers on a broad level. Tina believes with the right people and their abilities (to write, coordinate activism, those with grant skills and more) that Catnip Nation can help to reach beyond the trenches of those rescue advocates and kindhearted citizens who already know the landscape, to reach a mainstream audience in which the language can become universal. 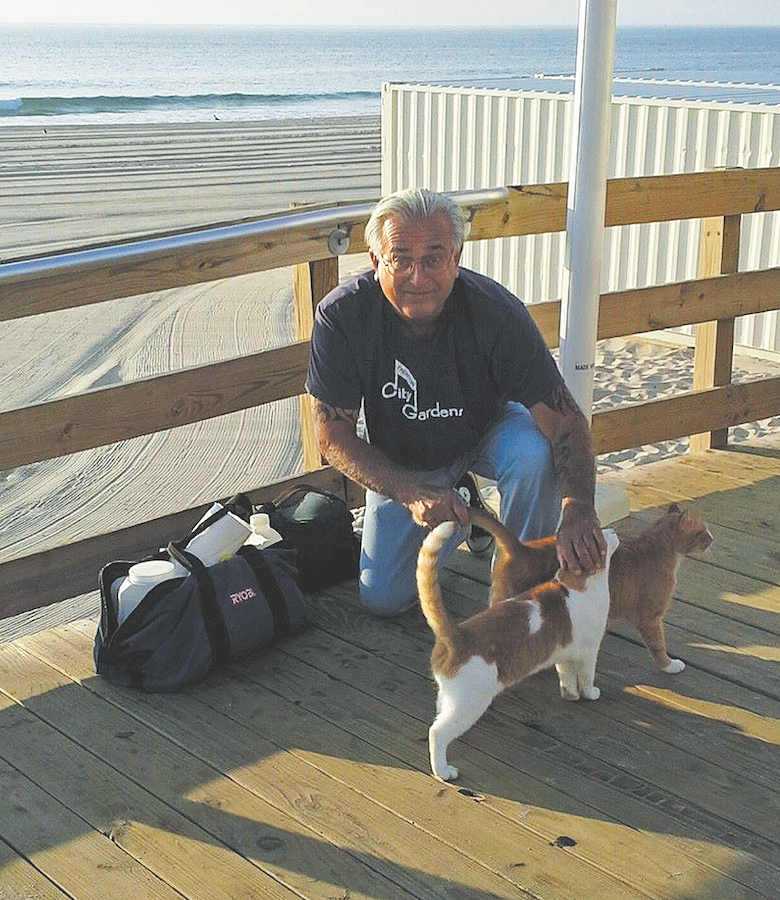 Hopes for the future

Catnip Nation has been receiving positive reviews for its message, earning Best Documentary at the Hoboken International Film Festival 2019 and Best Feature Documentary Big Apple Film Festival 2019 Summer Edition and is doing what it set out to do: enlighten and educate. In late 2019, documentary characters Sue and Ray Jones were invited to a Meow Fixer Mixer for Friends of Felines in Wichita, Kansas, a rescue group that Tina worked with during filming. At the mixer, she met a veterinarian who teaches TNR full time at Kansas State University. He has licensed the film for their veterinarian students, which she considers a victory.

Tina would like Catnip Nation to be screened nationwide by veterinarians, shelter managers, animal control officers, school curriculums, law enforcement and, most importantly, politicians with the power of the purse nationwide, because at its core, it’s an economic issue to effect the change needed.

Read Next: So a Stray Cat Has Adopted You — Now What?

Posted in It Takes A Community, Life With Cattitude, Catster Magazine,