Next on The Scoop: Should You Let Your Kids Name Your Cat?
Confessions

6 Reasons My Cats Are the Luckiest Cats in the World

My cats are lucky because I do many things for them, but they also walk through the world expecting luck -- and it works!

I won’t be shy. I think my cats are pretty lucky. In fact, I think I’m pretty lucky. You make your luck — I believe that — but there seems to be a lot of luck in our house lately.

My cats can teach me a lot about luck. They’re lucky because I do many things for them, but they’re lucky also because they walk through the world expecting luck. It’s their due! And guess what — it works!

Here’s why my cats are the luckiest cats in the world:

1. They go after what they want, expecting it

Cats are masters of intention. They never let negative thoughts or beliefs stop them. If they want something, they don’t hesitate to go after it. Result: They usually end up getting what they want. Next time I hesitate in going after something I want, I’m going to look to my cats for inspiration. They don’t wait — they leap! And they don’t waste time worrying about the consequences. 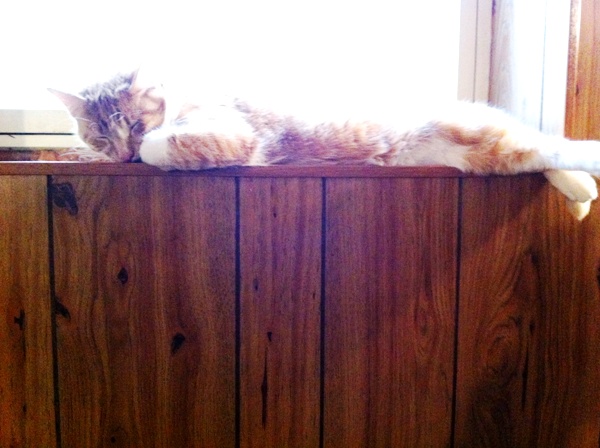 2. They have a willing server: me!

I’ll do anything for my cats. Just today, I’ve carted Zorro (he’s heavy in a cat carrier!) up and down two flights of stairs, several times. Why? He’s not fully integrated yet with the other cats (I’m taking it slow), and he’s been hanging out in a second story room, and sometimes he gets lonely there. I work in the basement. I’ve had Norton in the room with him, but Norton is not as interested in Zorro as vice versa. So I thought I would try having Zorro on my work table with me, in a carrier with some room for him to move.

Did I get much work done? That remains to be seen. Zorro is a born flirt, and he’s really cute in a cat carrier, at eye level, facing me. He’s doing all kinds of showing off, rolling around, and chirping. How can I work when cat cuteness invades every moment of my life? (Note to my editor: If I don’t get my posts done fast enough, blame Zorro, not me!)

I serve them in many other ways as well. There’s an involved feeding process in our multi-cat household. Not everyone gets to eat the same thing, and some cats get special medicines or supplements. It must be part of my karma to serve cats. 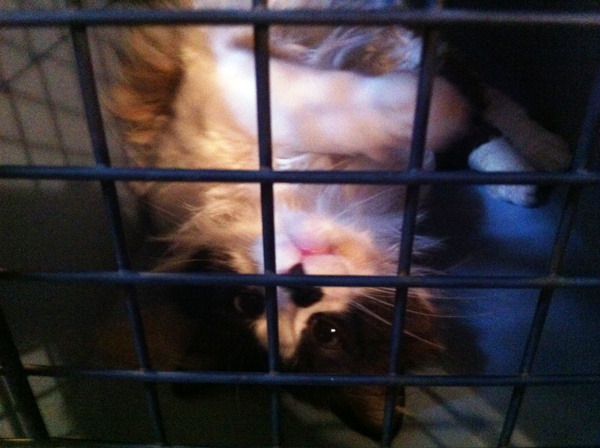 3. If I’m not willing to serve them, they know how to make me willing

Who can ignore the plaintive cry of a loved cat? Or the flirting paws of Zorro? My cats know how to get me to serve them, even if I’m distracted or busy otherwise. It’s amazing I get anything done!

4. They have lots of windows, steps, and catwalks

True, they don’t go outside. I wish I could do that for them, but I’m not comfortable with it. So, they’ve got the best I can give them — inside! They have steps to run up and down, plenty of windows, and a variety of catwalks. They’ve got cat toys, and a human to operate them (me). They even have silly nicknames, and I sing songs to them. How many people have a special song sung to them? My cats are very fortunate. And I’m convinced they love their songs and their names.

5. They get the best cat food in the world

I know that cat food is a highly opinionated topic. Ten different cat lovers will name 10 different cat foods as “the best.” But honestly, I bet I spend more proportionally on cat food than I do on my own food. Currently, they’re eating grain-free food (when it works in the budget). Does it make a difference in their health? It’s hard to tell. They’re all pretty healthy. Cats are probably like people — some never get ill, some seem predisposed to illness or disease. I just know that my cats love to gobble up their food. They make it pretty clear if I bring in a type of food that they don’t like. Fortunately, they all seem to have the same tastes at this point. 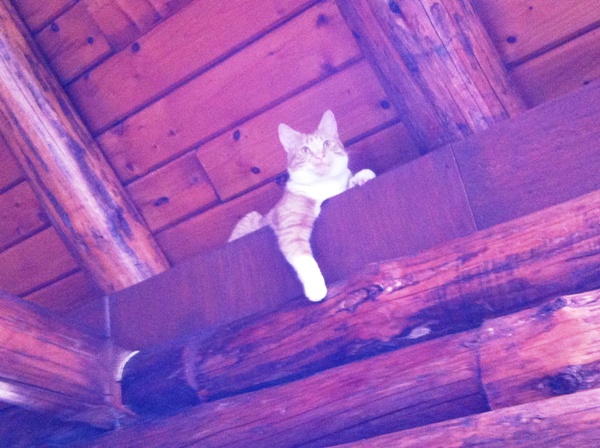 6. They have a warm place to sleep at night

After being on pins and needles all winter with caring for Zorro (the former feral who survived a brutal winter in our garage), I am so thankful that I’ve gotten him inside. He is, too! He’ll never have to endure another night of 40 below temps and bitter wind. He seems perfectly happy to be inside — right now, he’s sleeping on his back with his paws in the air!

Yes, my cats are lucky, for sure — but I like making them lucky. It makes me feel lucky, too. Hmmm, maybe cats are simply good luck in general!

Are your cats the luckiest cats in the world? Tell us why in the comments!