Next on The Scoop: Do You Have a Passionate Cat?

When a house fire struck the home of veterinary technician Christine Wolfe in Palmer Township, Pennsylvania, 20 animals were caught inside the blaze. While six of them sadly perished, all but one of the others were pulled from the house and rescued.

Then, three days after the tragedy, Tortie, a three-legged tortoiseshell cat, was found inside the destroyed structure, having miraculously survived. Now she’s been reunited with her owner and is said to be recovering from the ordeal. 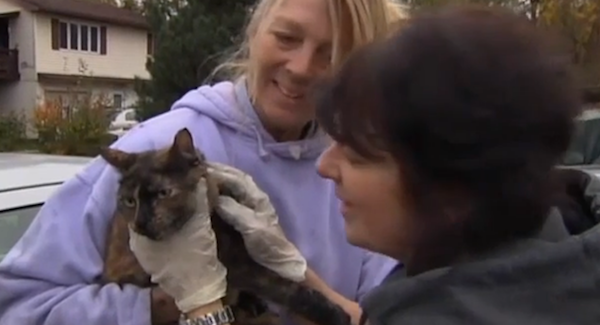 While the cause of the fire is still unknown, news of Tortie’s escape has started to spread. Despite having no access to food or water, the resolute kitty was found nestled away near a destroyed couch and a couple of her former playmates. 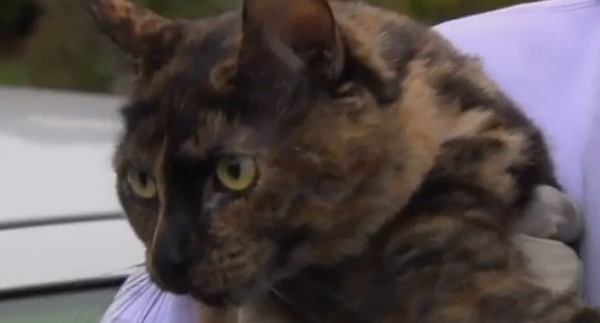 “She was hiding behind two dead cats — we don’t know how she survived,” the animal activist Ellie Reismeier told a local TV news station. 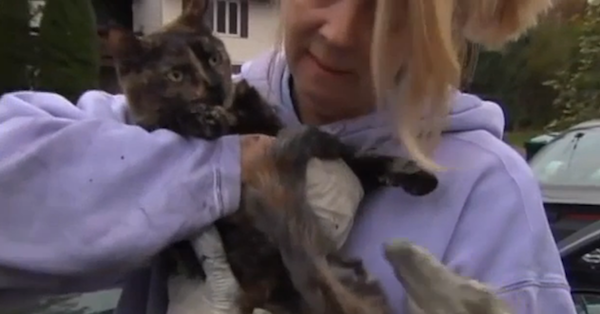 As for Tortie’s three-legged status? She was found that way when adopted from her previous owners. The suspicion is that she needed to undergo an amputation of one of her back legs due to repeated breaks. 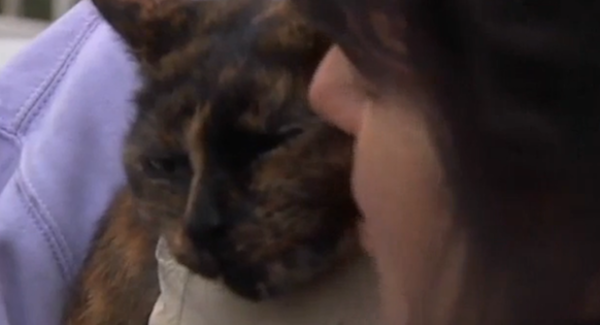 Now that Tortie has been reunited with her current guardian, she’s said to have returned to her natural state of being a mild-mannered and loving feline. Summing up the dramatic turn of events, Christine said, “Tortie is a miracle, she really is.”

Posted in Monday Miracle, In The News, Amazing Cats,