Next on The Scoop: The Story of Buzz and How He Got His Fuzz Back
Catster Tips

5 Creative Uses for Your Cat’s Carrier

The cat carrier is more than a tool to haul a cat to the vet in. Here's how I use mine around the house to make life easier.

I’m the kind of person who does best when life is simple and uncomplicated. But I’ve learned that I don’t always have control over that. Right now, in the midst of a move, there are plenty of details flying around. Details aren’t my strong suit, so I do what I can to make life try and run as smoothly as possible. And recently, I’ve found that using my cat carriers creatively has helped to simplify life. 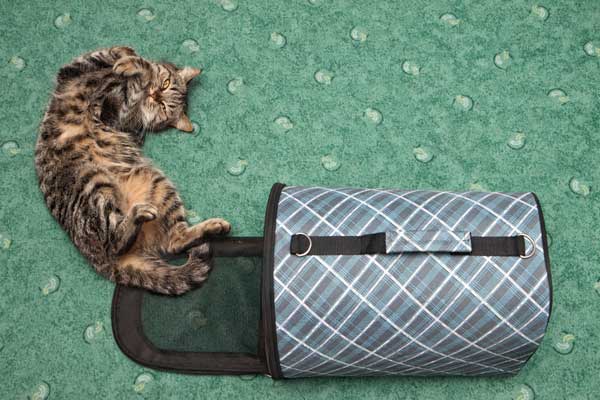 1. I use them as feeding spaces

I love this because it’s so much simpler than hauling cats to various rooms. I do not free feed my cats, and some of them are much more possessive about food than others. Norton would quickly scarf down his food and everyone else’s if I let him. Rama needs special anti-cancer holistic supplements in his food, which I really want him and him alone to get. And Kieran needs to eat canned food so that his urethra doesn’t get blocked again. 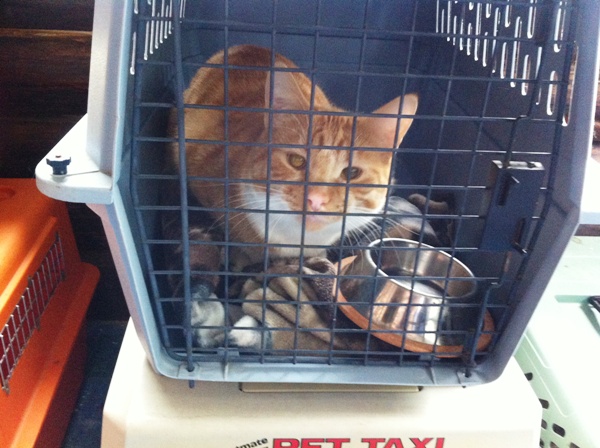 In my previous place, I had no room to have all the cat carriers easily available. But here, there’s a bright mudroom (the cattery, I call it) right off the kitchen. The carriers are stacked there, and I feed the three most aggressive eaters in them. They learn fast! I prepare the food, put the dishes in the carriers, and the cats jump in! Doors get shut on the carriers until everyone is done eating — even the slowest eater.

2. I use them as security spaces — both in transit and in the home

I’ve noticed that the cats will often get into the carriers by themselves and nap or just hang out. They seem to like the security of them, much like a dog likes a kennel. I noticed this during the move for sure (primarily at night when we’d stop at a motel), but I’m even noticing it now that we’re off the road and at the new place. I have soft fleece pieces in the carriers to make them comfortable. 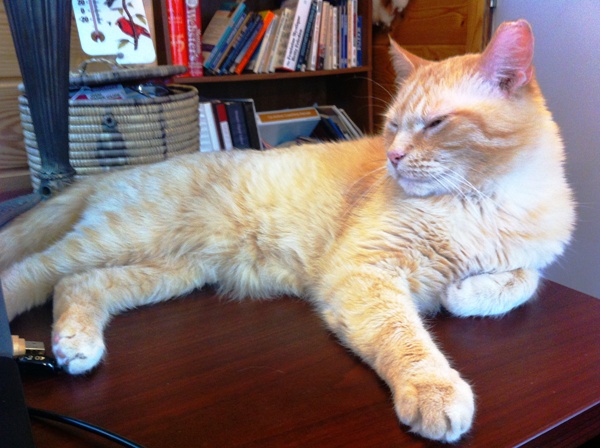 3. I use them to contain the cats when the house is chaotic

We have periods of great commotion here, when people have been in the house, or stuff is getting moved around, or repairs are being made. Many people probably don’t have my hypersensitivity about preventing the cats from getting outside, but I would feel terrible if a cat slipped out the door, since my guys are all indoor-only. So when I know there’s going to be commotion or lots of people going in and out, I put all the cats in carriers until the commotion is over and the people are gone.

I did have one funny situation where some people helped us rip out a carpet. One of them quickly decided to open the windows in the “cattery” (mudroom) to throw the old carpet down on the driveway so it could be retrieved and taken away. Yikes! I had horrible visions of my cats leaping out those open windows. That was my lesson. I grabbed the cats and got them in to the carriers quickly. Many people are used to letting cats go in and out as they please, and I’ve never judged anyone regarding this — but I don’t want my cats outside here. 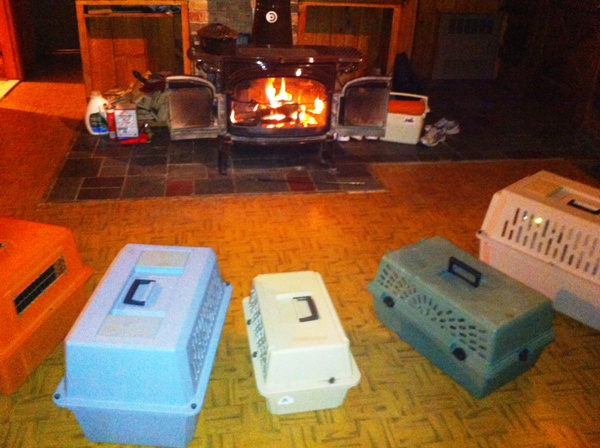 4. I intend on using them to make introductions

I think the time is coming soon to begin introductions between Zorro the former feral and everyone else. I’ll probably start with Norton, since he’s youngest and easygoing and very curious. I’ll put Norton in a carrier and bring him into Zorro’s room and … I’m still not sure (I need to do more research). Either way, there will probably be cat carriers involved!

5. I use them for exercise

This was something cute that happened at our old place. Chester (orange tabby) loved going with me to my office. The office was a few yards behind the house, but because Chester can be wiggly, I’d take him to the office in the carrier. The carriers were stacked three high and Chester very quickly learned to leap into the top carrier. His aim was incredible. Of course, they are all getting lots more exercise in this place — running on balance beams, going up and down stairs, and leaping onto wide windowsills. 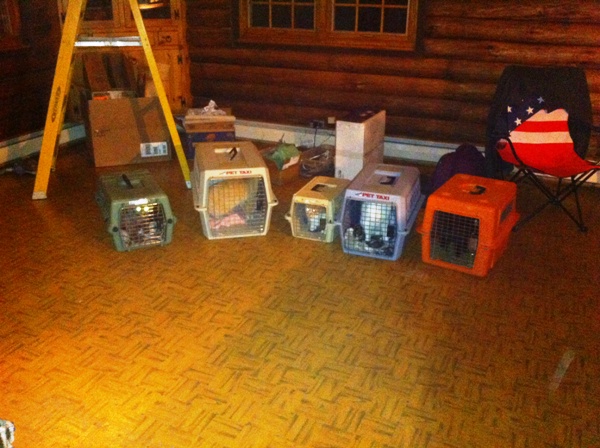 I have a new respect for the cat carrier. I used to think of these as tools to haul the cats to the vet in, but I’ve been using the carriers for a lot of other reasons.

Do you have a creative way you use your cat carriers? Share your thoughts in the comments!