Next on The Scoop: The Finicky Cat: Diet Can Help Cats With Urinary Problems
Humor

8 Cats Who Seriously Need a Cup of Coffee

Some people like to start the day with a nice cuppa joe — me included. I think I started drinking coffee in high school, and I have never changed the way I drink it: black, and the stronger the better. That’s not to say I don’t enjoy a nice mocha latte now and again, but my go-to is totally no frills.

When I don’t get my coffee in the morning, I can feel a little cranky. I’m not too bad — I’ve definitely seen the faces of humans who need a punch of caffeine way more than I do. I’ve also seen the faces of some cats who look like they could use a cup (or three) of coffee. Here are eight such cats. 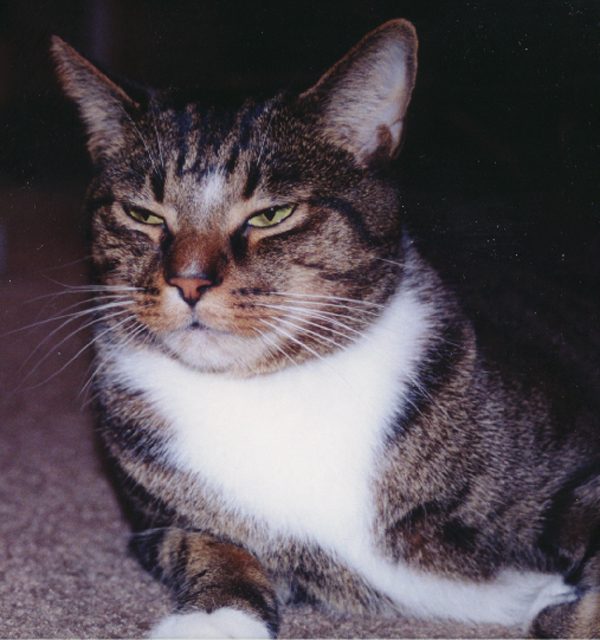 Will somebody tell Oreo to quiet the heck down in the litter box? I still haven’t recovered from my catnip bender, and somebody’s about to get swatted. And stop judging me, because you know I know about you and your valerian root habit. 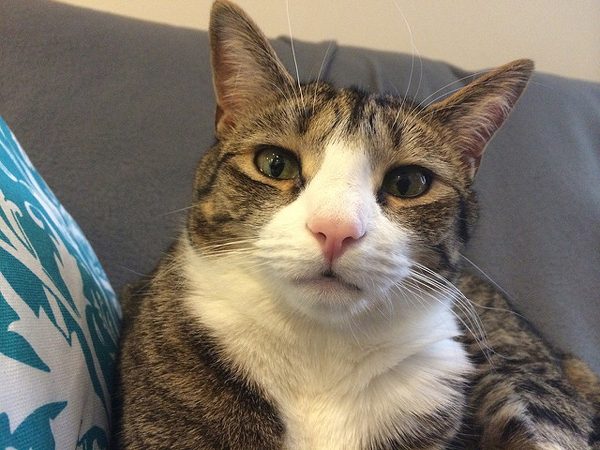 You want me to chase what? Listen, buddy — I’m not even fully conscious yet, and I don’t plan on engaging with anything dangling from a wand for some time. Why don’t you watch some of those “cats knocking stuff over” videos you’re so fond of, and give me some time to become fully aware of my surroundings?

3. Hands off the haunches 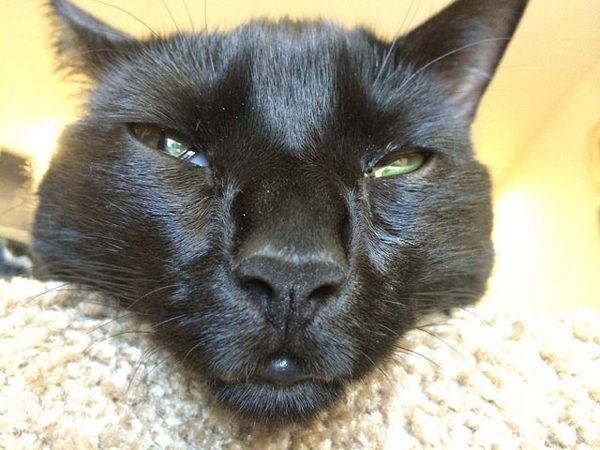 You made an unwise choice by touching my haunches. I know I’m usually a fan of haunch-touching, but I’m in a delicate state, and you’ll have to leave until I — and my haunches — are ready to be handled. Now, be gone.

4. Was I abducted by aliens? 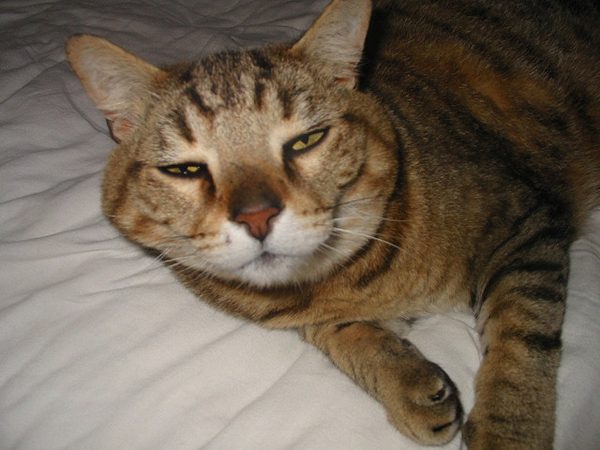 Whoa … where am I? The last thing I remember was Peaches cleaning my ear, and then there was complete darkness. Where’s Peaches? Was I abducted by aliens? How long have I been sleeping? I think I need a few more hours of shut-eye because I have absolutely no idea what’s going on. If Peaches comes back, tell her to clean my other ear. Wait … what if aliens abducted Peaches? Whoa. 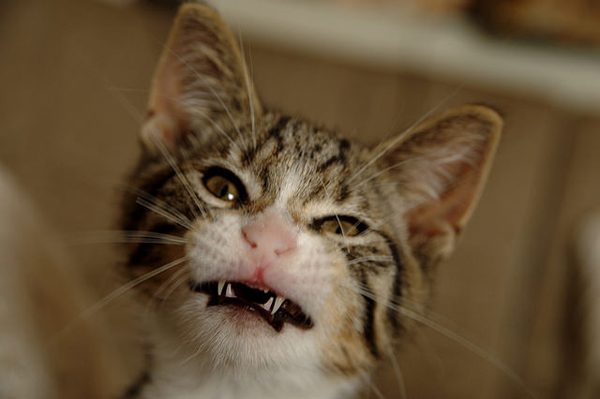 Yeah, I’m having a little trouble getting going today. I feel out of sorts and can’t seem to find my groove. Plus, my whiskers feel a little twisted. Do my whiskers look twisted to you? Are twisted whiskers kind of like human bed-head? Will they go back to their normal positions? Maybe if I go back to bed they’ll sort themselves out. 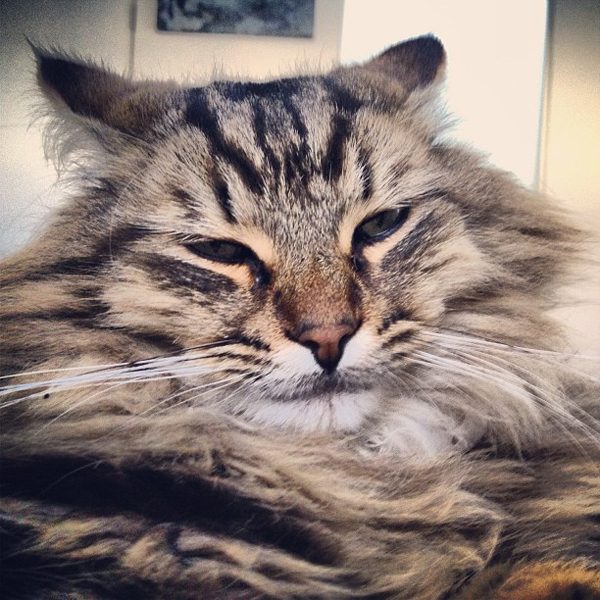 What in tarnation?! Those dang kittens won’t keep their paws off my tail. Don’t they see I’m trying to sleep? Young’ns today have no respect for their elders, and all they wanna do is play with those fancy iPad games. When I was their age, I had a shampoo bottle cap to play with — and I was thankful for it.

7. I want the cheese 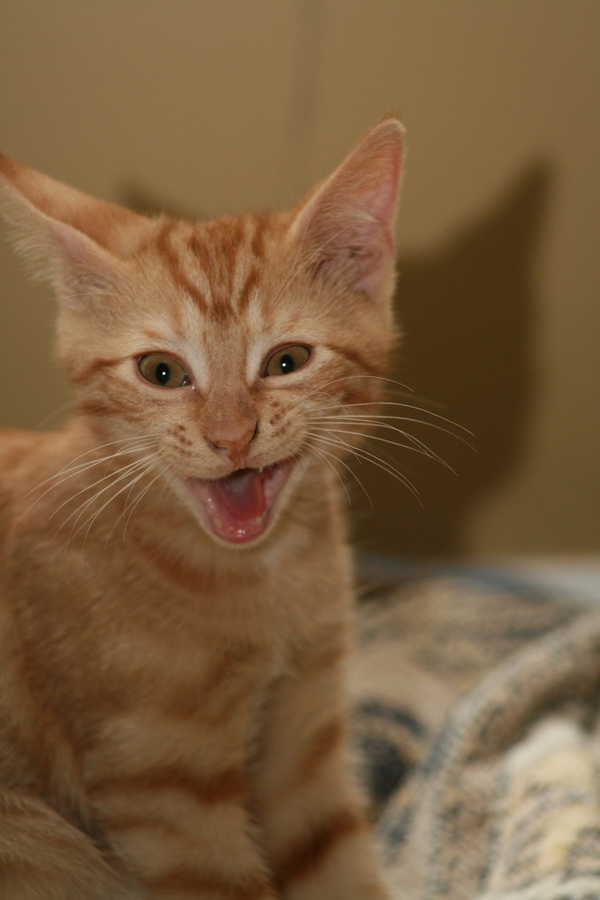 You wouldn’t believe the dream I just had. I was chasing this giant lizard across my back yard, but my back yard really wasn’t my back yard. You know how dreams go. Anyway, I chased him to the fence and then he disappeared into the neighbor’s yard. After a minute or so, he comes back, except now he’s a slice of American cheese without the plastic wrapper. Of course then I wanted him more than ever. Then I woke up. I think I need to go back to sleep. I want to catch the cheese. 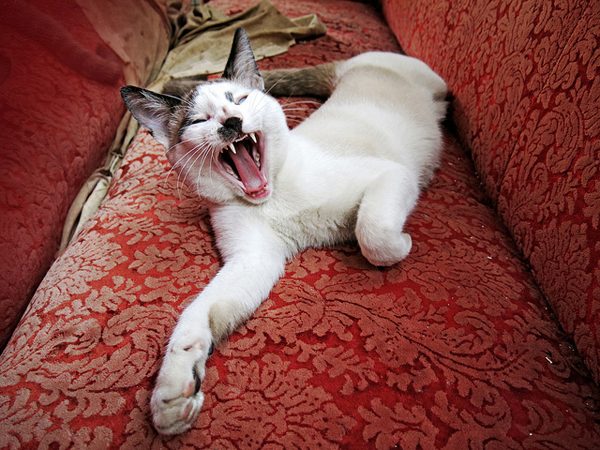 I really need to get up. I planned to play with that new catnip unicorn today. And then I wanted to roll around on those old sandals by the front door. Oh, and there’s a cool new squirrel in the tree out front — I wanted to watch him for a while. Or maybe I’ll just go back to sleep. Yeah.

Does you have a photo of your cat needing a cup of coffee? Post it in the comments!

Plus, is coffee bad for YOU? Find out >>