Julie Newmar is correcting me. It’s not the first time she’s done this today, nor will it be the last. And, really, who am I not to defer to her good judgement? She possesses such natural poise and fabulousness, an entire movie (1995’s To Wong Foo, Thanks for Everything! Julie Newmar) was made to honor the supernaturally empowering effect the actress and dancer can have on her admirers, of which I am one. Hence my bundle of nerves as I dial her number at noon sharp.

Newmar has recently distilled her wisdom in a book of aphorisms and biographical sketches, The Conscious Catwoman Explains Life on Earth, though she remains best known for possessing a beauty that, when put into a catsuit, can accelerate the speed at which boys hit puberty — a fact many of these boys, as strange men, are still in habit of confessing to her.

If only these boy-men approached Newmar with something less obvious to tell her. They’d immediately find a fascinating conversationalist, a deft thinker who cuts to the quick. We talk of Ronald Reagan, Paul Krugman, the Great Recession, and her upcoming keynote address at the California Women’s Conference (September 24 in Long Beach).

Even a quip from her about the virtues of cats versus dogs hits a sharp bell that continues to ring long after it’s struck. (On why men prefer dogs: "Men like others to obey. They like followers. They need others to bow and carry on and think they’re great. We women know that. That’s why we act like cats.")

Newmar is both witty and earnest, forceful and kind. She’s quietly vulnerable, but not in the naked way we expect of performers. Her vulnerability is buried in her fierce independence and comes out, ironically, in her most self-assured statements. "I don’t work for anyone but me," she interjects, when I start to suggest she would make an ideal columnist for a newspaper or magazine.

As I sink deeper into conversation with her, I see the vivifying portrait of a woman who must wake up every day and wonder whether maybe, just maybe, she should’ve compromised a little more at various times in her life, here or there ÔÇö with agents and directors and intimates ÔÇö before resolutely shaking the morning cobwebs off and remembering such thinking is absurd because: she’s Julie Newmar.

She was born Julia Newmeyer in Hollywood in 1933. Her childhood was mainly organized around dancing and at her first opportunity, while still in college, she joined Universal Studios as a choreographer. Soon after, Broadway beckoned; television, too. The 1950s saw Newmar’s steady rise as an actor, in skill and notoriety, culminating in 1959 with a Best Supporting Actress Tony for The Marriage-Go-Round. By decade’s end, she was a star with a devout following. And she hadn’t even tried on the catsuit yet.

In spring 1940, Catwoman entered the DC Comics universe with the very first issue of a new comic called Batman, itself centering upon a character spun off from a monthly anthology the previous summer. Catwoman’s creator, Bob Kane, later said in his female villain he aimed "to personify feminine pulchritude at its most sensuous." He hit his mark so squarely that by the mid-1950s, Catwoman was forced out of the comic to ensure Batman complied with the Comics Code Authority, a newly formed self-governing body.

Catwoman entered Newmar’s life in 1965, when she was cast to play the role for the television series that, even during its syndication run twenty years later, struck this writer as fantastically odd TV. When Newmar made her first appearance on the show, it had been twelve years since Catwoman last appeared in the Batman universe. And while the self-consciously camp TV series picked up little continuity from the comic book, through Newmar, Kane’s agitated vision of feminine comeliness took on dimensions that continue to resonate throughout pop culture.

Take Catwoman’s wardrobe. When we announced that Newmar was to speak with Catster, many reader responses centered upon the famous black Lurex catsuit she wore on the show. How did she manage to fit into the costume? How long did it take her to get into it? It’s a subject Newmar is happy to discuss ÔÇö with a pride that teases as it swells.

"It’s so simple that people don’t often get it," she says. "But then again, you have to have the body to fit it on. So I had both. I knew how to get the fit and I had the body ÔÇö you can’t have one without the other. Then the third element is how the body moves."

Another interest of several Catster readers was how Newmar perfected those movements. The proprietor of the Facebook page for San Francisco nonprofit Fix Our Ferals astutely asked, “What did she do or study to prepare for the role?”

Newmar didn’t merely rely on her lifelong training as a dancer. After walking away from the first episode feeling unsatisfied with her performance, she adopted two cats and studied them closely. "I became a cat," she says. "I observed their manners, their behavior, their sounds ÔÇö their catlikeness."

Such willful belief in metamorphosis ÔÇö to become, not merely to be ÔÇö is the crux of Newmar’s worldview as she’s elaborated it in The Conscious Catwoman. The end of Newmar’s dancing days (she says she finally gave it up for good after she turned 70) left a void in her life. "Dance was everything," Newmar says. In a 2008 essay on her website, she tells how she made the transition from dancing to writing.

"I learned to use the pen to remotivate myself, find the wealth within, the untapped knowledge,” she writes. “Isn’t that why meditation is so beneficial, you have to listen inwards, not outwards? The old adage is true, the gold fields are in our backyard, and we don’t have to compete with someone else for them. All you have to do is listen, within."

Julie Newmar is 78 now. She seems a beat or two ahead of life. So whether it’s to teach me the origins of the word "voyeur" or to chasten me for my habit of apologizing too much, I was happy to accept the truth of our encounter, which became increasingly obvious with each shard of wisdom she imparted: Newmar was here to straighten me out and promote her new book ÔÇö exactly in that order. And I expected to leave our appointment a much more together person than the heap of excuses who dialed her Los Angeles home. But before she made me a little more fabulous, she wanted to know whether I had read her book, The Conscious CatwomanÔÇö

"No," she says, emphasizing the part of the title I left out. "The book is called The Conscious Catwoman Explains Life on Earth. Cats are prone to doing that, you know. They want it more or less their way. They have their way of seeing it and if you disagree you are more or less ignored."

Point taken. And I was happy to oblige. While accepting her direction I couldn’t help but wonder about the brave soul who has the gumption to correct Ms. Newmar. Surely, there’s one out there. As all cats know, there’s something nice about finding someone who can keep you in line. 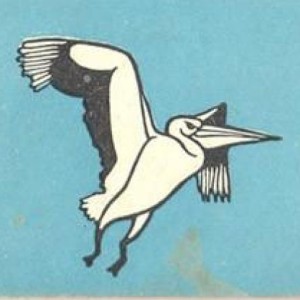