Next on The Scoop: Let’s Talk: How Are Your Cat’s Routines Affected After a Big Change at Home?
Breeds

For Halloween, We Take Time to Praise the Black Cat

A couple of years ago I was running errands on the busy high street near the apartment I share with four cats. A beautiful black cat — whose job it is to keep mice out of the store where he’s the resident feline-in-charge — took a break from his duties, pausing to sit calmly on the sidewalk and watch the world go by. A young woman and her daughter emerged from a neighboring store. The little girl was enchanted by the cat — no surprise, for he has a gloriously glossy coat and gorgeous amber eyes. 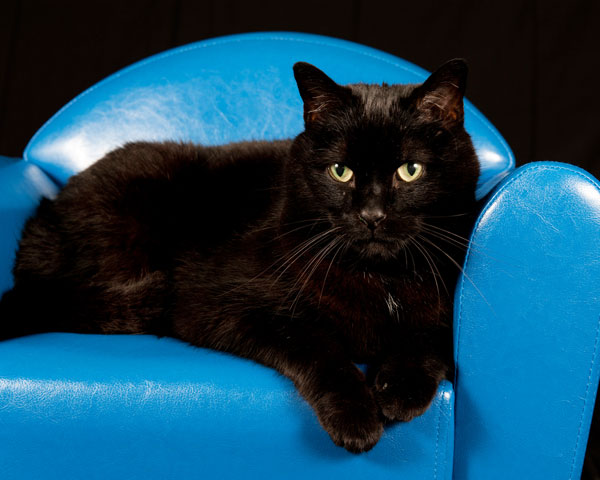 The child headed toward the animal with her hand sweetly outstretched in greeting, but her mother yanked her back, yelling, “No! It’s going to bite you!” The child murmured that it wasn’t, but the woman prevailed. That made me very sad.

I sincerely hope the little girl doesn’t grow up to fear cats, especially black ones. But if she does, sadly, she won’t be alone. An irrational fear of black cats is one of the few socially acceptable prejudices left in the modern age.

This deep-seated prejudice only gets worse as Halloween gets closer. Black cats are often the last to be adopted at animal shelters, because some people believe they are mean, harbingers of bad luck, or familiars of witches. As a result, black cats at shelters are also often among the first to be euthanized. Boo!

In reality, nothing could be further from the truth than the foolish old superstition about black cats being bad. I’ve lived with many black cats — in fact, I make a point of adopting the basic-black ones — and I can honestly report, from first-paw experience, that they are among the sweetest, gentlest, most loving animals I’ve gotten to know. They are exceptionally sensitive. My solid-black cat, Huey, is extra-affectionate; if I’m feeling low or unwell, I can always count on him to come hither for a convalescent cuddle. 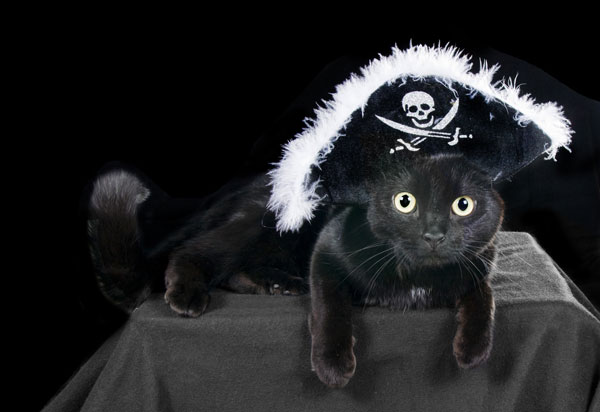 So it’s high time for some black cat appreciation, Catsters. Perhaps black cats are so loving because, after centuries of getting berated by people, they are genuinely grateful for a little positive attention. And they never fail to return those good vibes tenfold.

“Reiki means ‘universal life energy,'” the author and educator explains. “It is all around us, and it can be offered to anyone, human or animal, who wants healing.”

Nadel says Reiki is powerful, yet calming, gentle, safe, and noninvasive. She says it stimulates our natural healing responses and has been used to relieve pain, swelling, and tenderness.

“I find black cats are even more sensitive than other cats … to the point of being empathic and intuitive,” she says. “As a Reiki master, I am ordained to open another being’s channel so he or she can feel Reiki and offer it to others.” 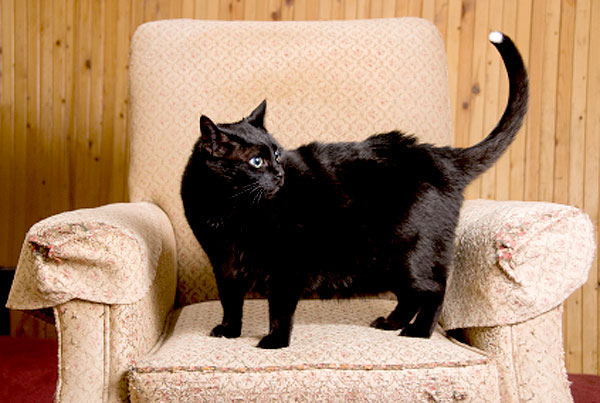 Bogart, it turns out, is a natural-born Reiki master.

“When I had bronchitis a few years ago, Bogart would perch on my chest and put his right front paw where my breathing was tight,” Nadel. “When I got better, I asked if he would like me to open up his Reiki channel and he did not object. Since then, he has been an essential part of my Reiki practice.”

Bogart is 13 years old, and he is a Reiki healer as well. Nadels says she and Bogart are members of the National Animal Reiki Practitioners Association, “and we offer free remote Reiki sessions for pets.

“Bogart has helped dozens of dogs, cats, birds, and people I even have testimonial letters from people thanking my black cat.” 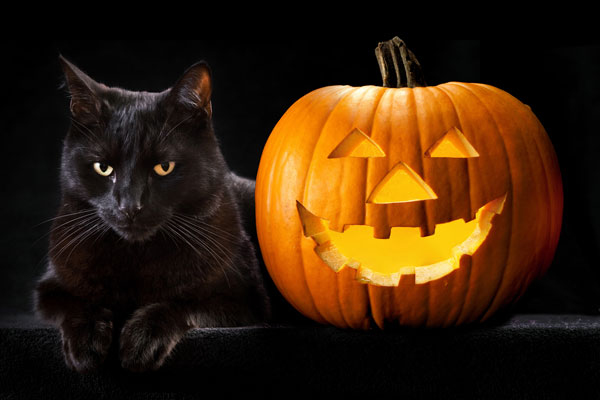 Nancy Vogt of Long Island Cat and Kitten Solution — also called LICKS — has rescued cats for eight years, and she often finds herself with several black cats and kittens still available for adoption, long after the lighter-coated foundlings have gone to their forever homes.

Vogt says many people have confessed that they fear black cats even though they know in their minds that there’s nothing evil about black cats.

“They still just can’t warm up to them,” she says. “It’s sad. I have seven cats, all black or mostly black, and they all have very sweet personalities.”

The same can be said for her adoptables. Out of four of Vogt’s’ adorable adoptables on Petfinder, one is black.