Next on The Scoop: My Cat Became a Supermodel at a Cat Rescue Fashion Show
Pix We Love

Celebrate “Be Bald and Free Day” With George the Hairless Cat

Here's a gallery of our favorite pictures of this smooth kitty known as the "Nude Dude."

Did you know today (Oct. 14) is Be Bald and Free Day? Well, if that snappily titled day of recognition has previously passed you by, allow us to introduce you to George the self-proclaimed “Nude Dude” of the cat world who loves to flaunt his smooth-shaven status. Here’s how the cat who likes to pun that he’s “no fur but a lot of purr!” celebrates his depilated demeanor. 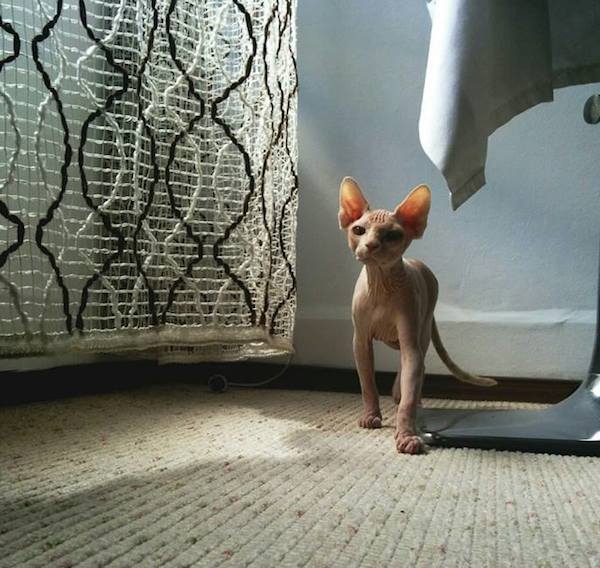 In the bathroom, water flies off George’s smooth back as if he’s mallard material. 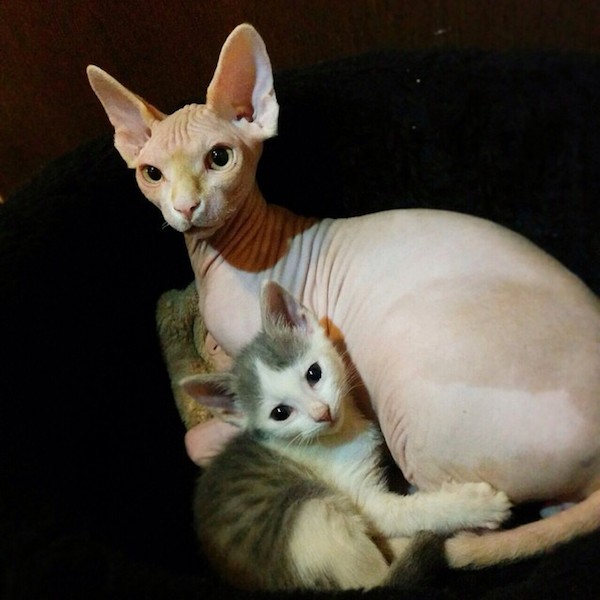 George is protective of his little foster buddy Tarzan. 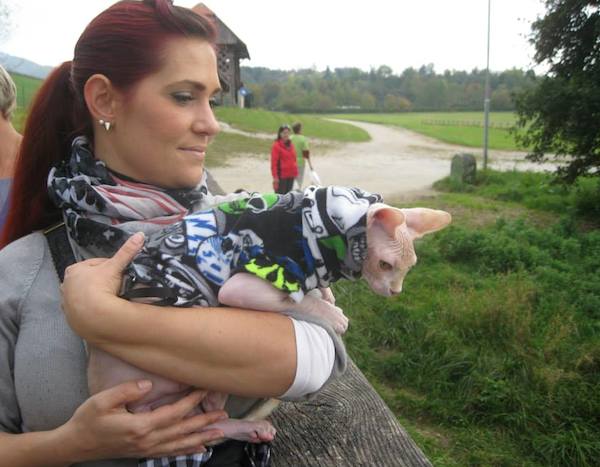 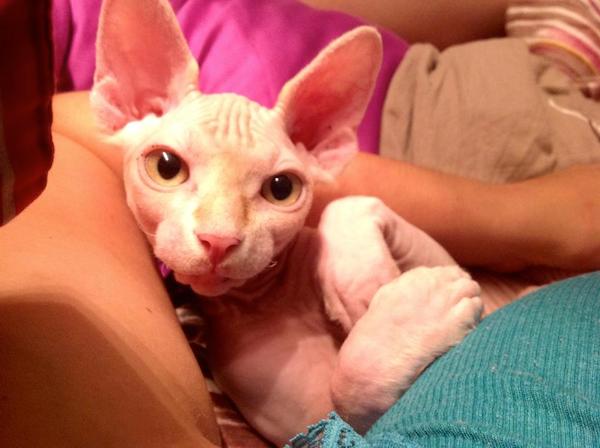 Clean-shaven but still so snuggleable. 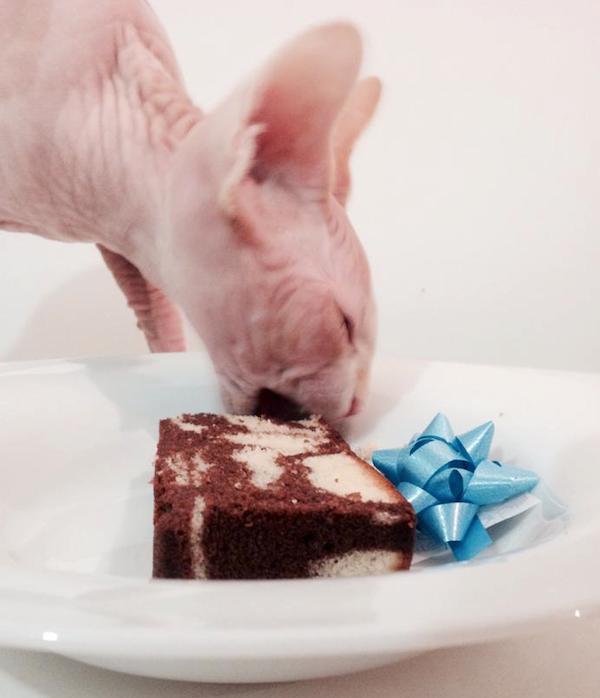 Bald cats have their cake and get to eat it, too. 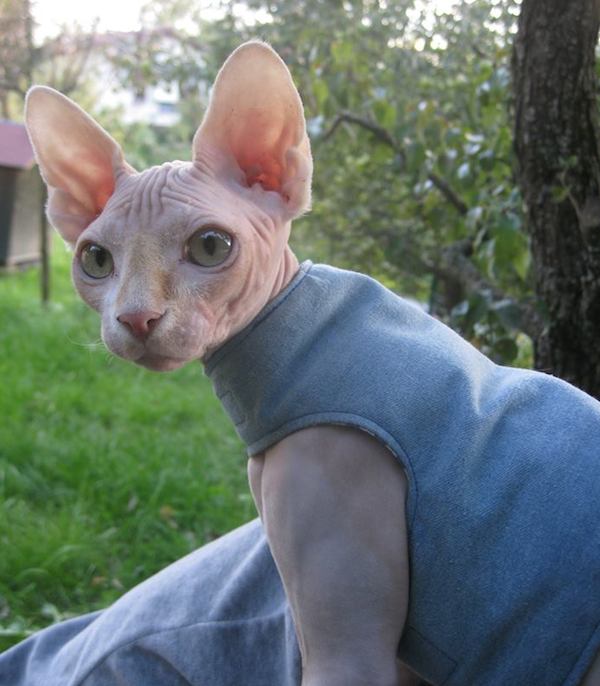 It was a little-known fact that George was the elusive fourth member of Right Said Fred. 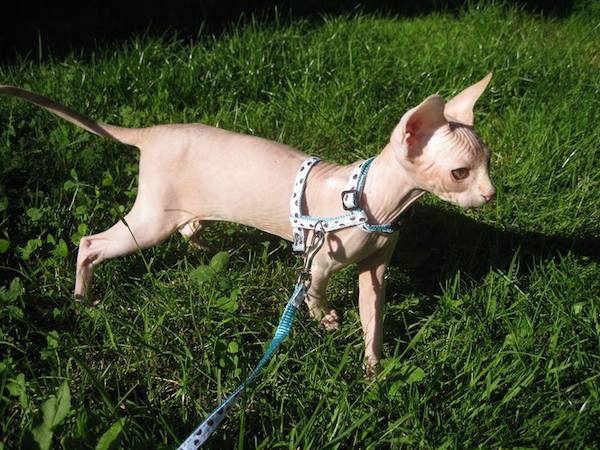 While out on the prowl, the Nude Dude often likes to masquerade as a Chihuahua to confuse unwitting passersby. 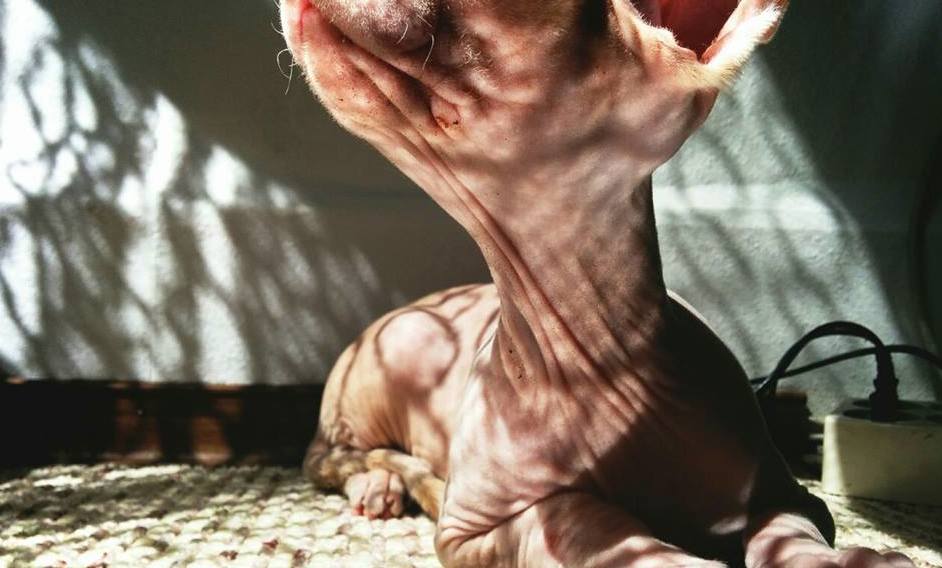 In George’s world, turkey neck is the height of beauty. Be bold!

Keep up with George the Nude Dude on Facebook.