Cosplay for Cats: We Chat With Freyu About Cats in Costume

For those who don’t know, “cosplay” means dressing up as a character from some form of media, usually comics, video games, TV shows, or movies. Think Star Trek conventions or San Diego’s Comic-Con, where costumed people go en masse. As the act and art of cosplay becomes more mainstream, more people of all ages get into it. Not to be outdone, cats want in on the action, too. Meet Freyu, a Redditor and owner of the blog Cosplay of the Feline Variety, and also her two cosplaying felines, Nak and Fawkes, as they make a name for themselves in the cosplay world.

Catster: How many kitties do you have who do this?

Where did the idea to get your cats into cosplay come from?

It started years ago because Nak was a shoulder cat around the house. One day we took her to a street fair. She handled the public well so we kept heading out with her. That same year we took her to a renaissance fair in a costume that I quickly made. We became Nak the Shoulder Cat, and have been performing at renaissance fairs for five years. A few years ago I posted a picture of the Cats in Seahawks gear on Reddit, and it took off. So I kept expanding the outfits. Helmets, pads.

Then we did a few Seahawks rallies with Nak. Local news blew up our Twitter and did pieces on us. Local companies got involved with us, too, but the offseason felt boring.

Now my new job hasn’t left me time to make my own huge [human-size] cosplays, and I wanted to learn new materials (foam, worbla, and so on). So I got it in my head that I could learn these materials by making the cats tiny cosplays.

How did you get them to take to the costumes so easily? I can’t even get my cat to wear a harness.

We’ve done collars and tiny outfits since they were kittens. They don’t accept all outfits either. Nak won’t do large headpieces, for example. But the training for photos in costumes is reward-based with treats and playtime. They let me know if they aren’t okay with something (usually by pulling it off themselves).

Nak and Fawkes’ costumes include Ganon (Legend of Zelda), Fallout 4 characters, and Attack on Titan. What so far has been the fan favorite?

Tough to judge. Ganondorf had the most raw views and retweets, at around 1.2 million views on the base pictures. Fallout 4 had the most media reaction. Kotaku (a gamer guide) picked us up after (game producer) Bethesda re-Instagramed our picture the day before E3 (the Electronic Entertainment Expo). Although, the Attack on Titan was the widest spread. Indonesia and Korean fan sites spread us around Asian social media for a few weeks. It’s a pity we didn’t have a good grasp of social media for our Silent Hill and World of Warcraft cosplays. But (game developer) Blizzard Entertainment did show us at Blizzcon.

What are the next cosplays you have in store for them?

As for new cosplays, the fans decided they want surprises over announcements.

You asked viewers for suggestions at one point. What were some that you’ve gotten?

Between Tumblr and Instagram, we’ve gotten tons. Most requested has been (video game) Borderlands. That, and everyone telling us to do a Link (a character from Legend of Zelda).

Actually the Ganondorf (another Zelda character) costume happened because I was doing a Link costume. Hence, the cat-size sword.

However, we put that project on hold when I convinced myself that I could do a Ganondorf wig. That was the start of the Ganondorf costume. I didn’t even start the rest until I made sure he was okay with the wig.

With all of the little parts and paints and such, how do you keep the kitties safe while you do this?

As for keeping the kitties safe while crafting, all of the crafting material goes into sealed tubs when I am not working. Then, nothing but leather or fabric really ever touches them. The exception is the Harry Potter scar. That was trimmed fake fur that I put a small dab of honey on the back of. I also had a rag with water to immediately wash the tiny spot off. He got a few extra treats for that one.

You’ve taken Nak to fairs and rallies, but would you ever consider Comic-Con or an event such as CatConLA?

I have and I would, the issue mostly being the convention center rules surrounding the con.

How do Nak and Fawkes feel about being Internet famous?

I think they are more happy about the increase in fresh salmon and treats in their diet.

What advice do you have for cat owners who want to get their cats into cosplay?

The biggest rule is “easy on, easy off.” Velcro and elastic are your friends. If you can’t pull the costume off of an animal in under a second, then think hard about putting it on. The comfort of your family member is the most important. If they aren’t comfortable, they will let you know.

You have to listen and communicate. A big mistake people make is trying to do a human costume for an animal. It wont work. You have to pattern it to fit their form so they can move about. It’s a young cat’s game. Start the training early, reward often. You can train cats. It requires more patience, is all. However, if your cat isn’t into getting into clothing, I’ve seen some great cosplays people made from things they set on top of the cat. No fuss over dressing at all. Ultimately, it’s about trust and communication. Cats are your partners in this.

You can catch up with Freyu, Nak, and Fawkes on their blog. Not only will you get to see the two dressed up in various costumes, but Freyu  provides tutorials, tips, and tricks for getting cats in cosplay.

No kitties were harmed in the making or wearing of the costumes.

About the author: Brielle lives in Youngstown, OH with her kitty, Tanner, and her mom. She is an English major at Youngstown State University, with one more semester to go. She writes about cats, cosplay, and anime on her blog. Keep up with her and Tanner at Tanner the Kittie. 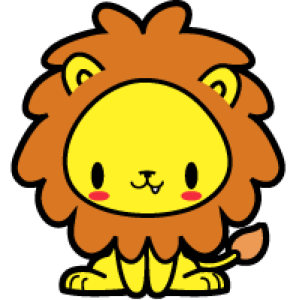