Next on The Scoop: And the Next Catster Superhero Is … Possum the Cat!
Catster Holidays

Catster Welcomes You to the 12 Cats of Christmas

Each day we revisit a notable cat of 2013. Today is Lucky, who overcame acid burns to his neck.

Welcome to the inaugural countdown of a little something we like to call The 12 Cats of Christmas. Each day we’ll pluck one notable furball who has made a huge and lasting impression on our hearts over the past 12 months and revisit his or her story. Consider it your daily festive feline gift. First up: 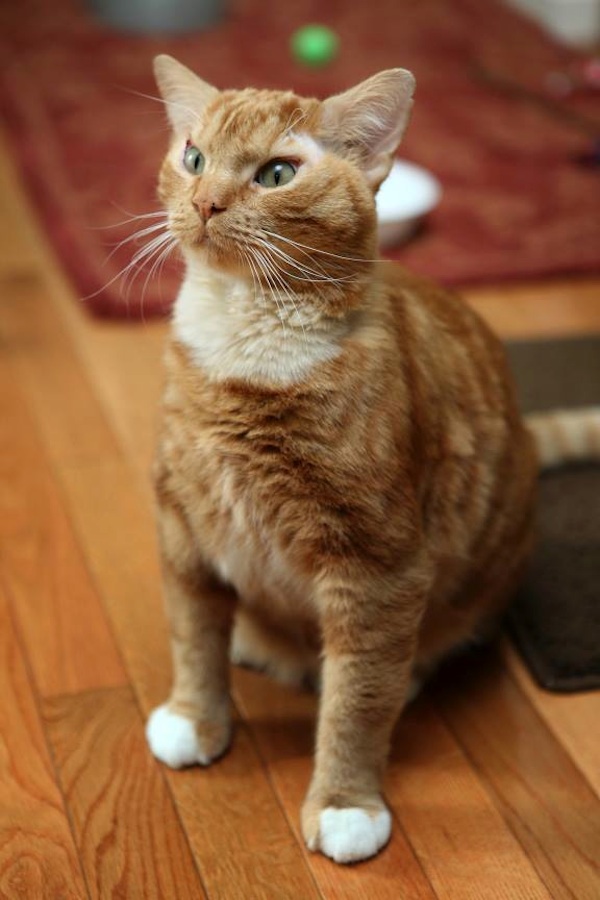 We originally met Lucky back in August, when it came to light that some evil-hearted human had abandoned him in Northern Virginia with what appeared to be acid burns around his neck. As we reported at the time, “the fur and skin on the back of his head and neck were gone, replaced by raw, red wounds.” The ginger tabby’s injuries were compounded by his homeless status, which saw dirt making its way into the open sores. Ouch.

Thankfully, Lucky was scooped up and taken to the no-kill Homeless Animals Rescue Team. A social media-inspired fundraiser was launched, over $16,000 in donations poured in and, after undergoing much surgery and receiving heaps of love and care, Lucky eventually healed and now enjoys a life in a forever home.

These days, Lucky likes to show his tender side (plus a canny Mittens-esque use of technology) by using his Facebook page to post up news about other cats in need of help. A video titled Lucky: A Look Back also recaps his story, which you can check below.

It’s horrid to even think how anyone could want to taint this handsome and almost regal-looking cat with acid. But at least now it seems Lucky has been able to put his ordeal behind him and can enjoy the trappings of a safe and content life. Consider Lucky a true cat of Christmas.

Check back tomorrow to read about Catster’s next festive feline.