Next on The Scoop: Ask a Vet: How Contagious Is Feline Herpes?
Social Cat of the Week

Professor Pizza, a Cat, Was Sent to Earth With a Cheesy Mission

We interview the "20-pound ball of chunk, fur, and love" who lives at a Philadelphia cat cafe.

Since first writing about the Philadelphia-based Kawaii Kitty Cafe in April, I’ve become wholesale obsessed with following the antics of its resident cats on Instagram. One in particular has emerged as a star-in-waiting: His name is Professor Pizza, and he’s a proudly rotund feline with an attitude almost as large as his appetite.

After contacting the humans at the Kawaii Kitty Cafe to ask for more information about the Professor, they forwarded my questions on to him directly. Magically, he responded in his own inimitable manner. 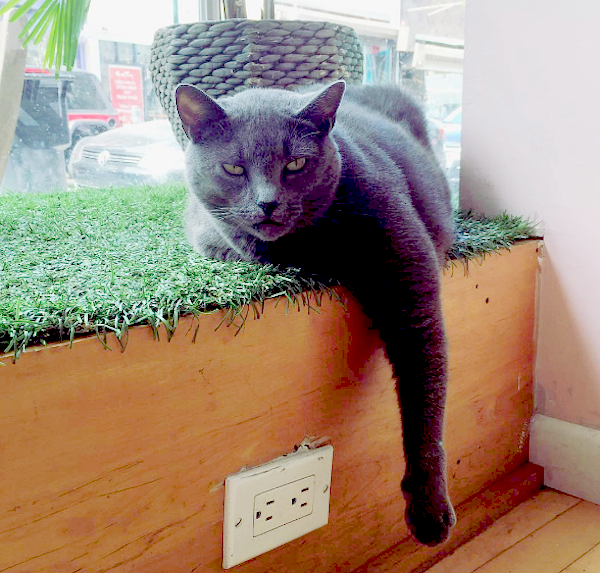 Asked to explain exactly how he ended up at the Kawaii Kitty Cafe, Professor Pizza launched into a suitably long-winded speech.

“On my home planet I was a renowned professor of culinary arts,” he began. “The government approached me with a classified mission. They said, ‘Professor, our satellites have shown us other life forms on other planets devouring a melted delicacy. They call it pizza. We would like some for our planet.’

“I had heard of pizza from an interstellar Feed Me Network show and learned that our planet lacks the atmospheric capacity to sustain fire or ovens,” he continued. “It was clear to me that the leaders were idiots.” 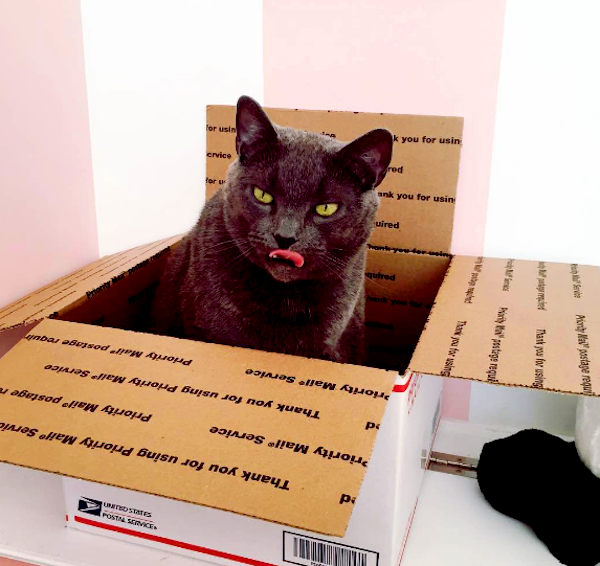 “The leaders said, ‘We will provide you a space vehicle and the necessary currency if you agree to travel across the universe and gather for us the components required to come back and make us a pizza.’

“Truthfully, I was thrilled to be faced with the opportunity to leave this wretched planet,” he added. “Who did they think I was? I am a professor, not a personal chef.”

Finally getting to the crux of the tale, Professor Pizza explained, “Long story short, the government idiots fastened me to a rocket suited for a rat and it burned all of its fuel over your planet. I crashed fast and hard. The authorities here detained me for two weeks in Alien Control. Then I was transferred to the Kawaii Kitty Cafe. I told them my story, and now they call me Professor Pizza.”

Glad we cleared that one up. 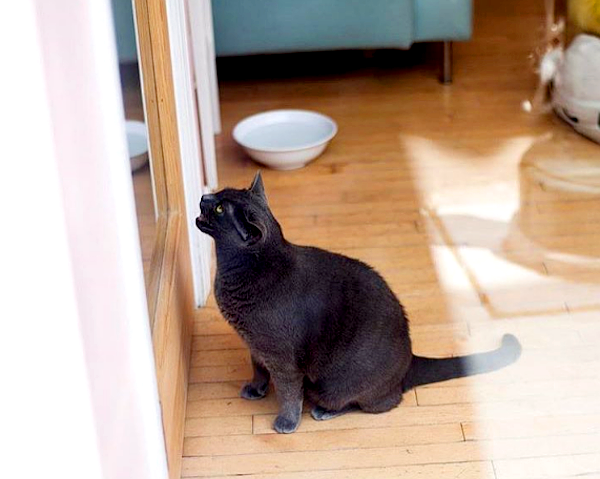 When it comes to his personality, Professor Pizza likes to describe himself in humble terms:

“I think I’m a simple man. Wise and hungry. I wear my emotions on my face.”

Dealing with the other cats 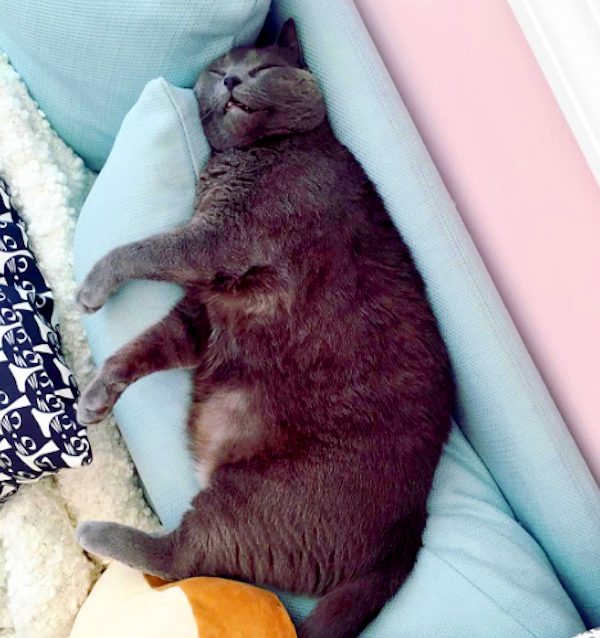 Asked how he gets along with the other cats at the cafe, Professor Pizza sighed and said, “They’ve all got a lot of energy. I like to be alone in my favorite corner, napping beneath the salad tree.

“There’s a cat named Chicken who follows me a lot,” he added. “She can stay.” 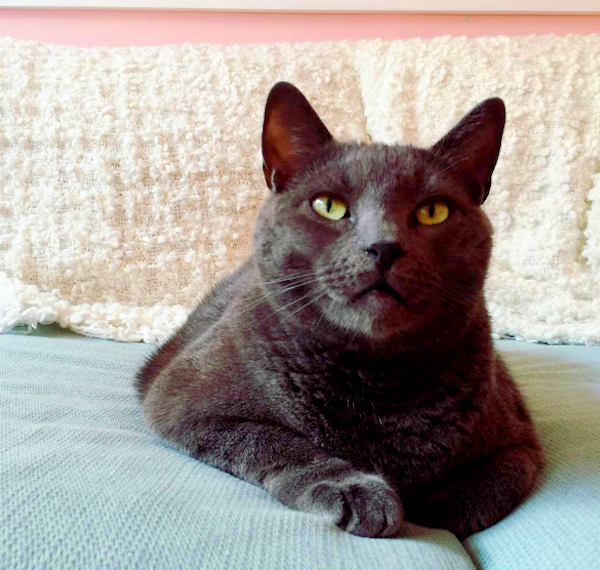 Reading updates to the cafe’s Instagram account, it seems that at one point the Professor left the cafe and then returned. Now he might be under the care of a human he calls his ‘cafe mom.’

Asked to clarify his current status, he said, “The gravitational pull on Earth makes me feel a lot heavier than I felt on my home planet. Adjusting to this made me sick at first, and I had to leave the cafe to be treated for illness. When I was better, I demanded to be taken back to the cafe.

“Upon my return,” he continued, “the cafe owners introduced me to a barista I hadn’t met yet. The moment she looked at me her eyes grew wide. She put her hands close to her heart and swooned. I thought she was going to cry. I had only seen this look on my mother’s face when I was a young cat.” 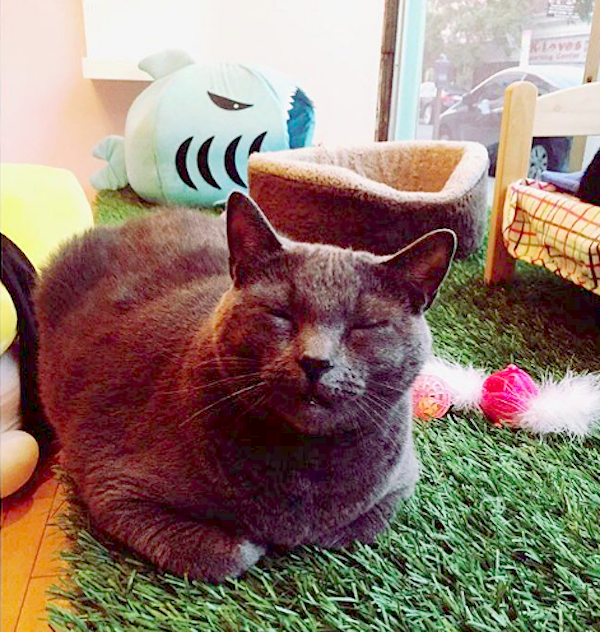 Naturally, there’s more: “Day in and day out, she held me and swooned over me. I thought to myself, ‘Is this love? I could get used to this.’

“She told me she was looking for a new house, and that once she found it she would build me a palace where I would be loved and fed and spooned for the rest of my existence if I would agree to be hers.

“The cafe approved. I guess I did too. She found the house and we’ll be moving in together the first week of October.” 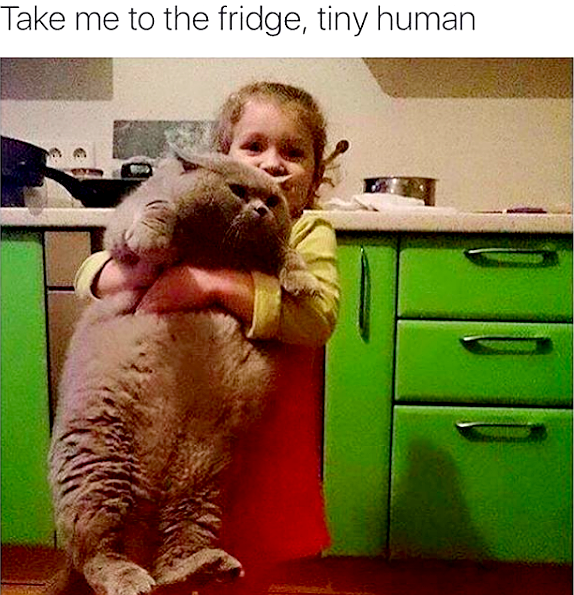 Asked about this malicious exposé, Professor Pizza would say only, “Those were dark times.”