Next on The Scoop: “Ooh, It’s a Box!” Why Cats Will Play With Just About Anything
Catster Heroes

A Jerusalem SPCA Volunteer Talks About Street Cats, Violence, and One Special Kitty

We chat with a woman named Chaya about the shelter that's home to 300 cats and dogs.

I recently spent a week in Jerusalem, and I was amazed at how many feral cats live on the streets of this beautiful city in Israel. Some cats looked extremely rough — your typical scruffy, beat-up toms, their “crown jewels” still attached, loitering around the local bins for scraps. But the majority looked very healthy, with bright eyes and shiny fur, and sporting the tell-tale TNR snip at the top of one ear. So who in this city is looking after them?

Enter the Jerusalem Society for the Prevention of Cruelty to Animals, whom I contacted and spent some time with. Chaya, one of the volunteers, kindly agreed to an interview. 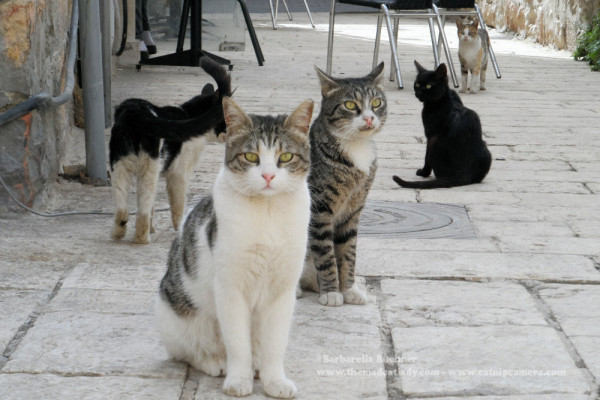 Tell us about your organization and what it does.

The JSPCA has existed for over 70 years. We are the only nonprofit rescue with a shelter in Jerusalem. We hold about 150 dogs and 150 cats, with more requests coming in every day. We have about 30 regular volunteers who come every week to help. We also have volunteers who help at adoption events, educational tables around town, and with fundraising. 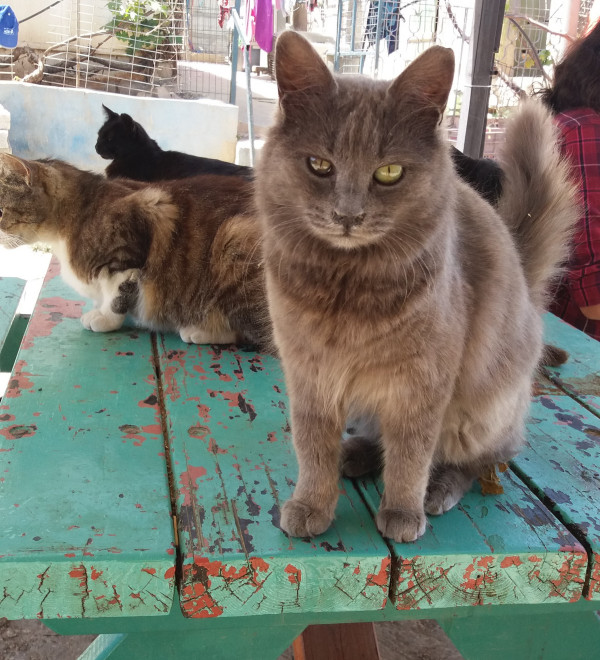 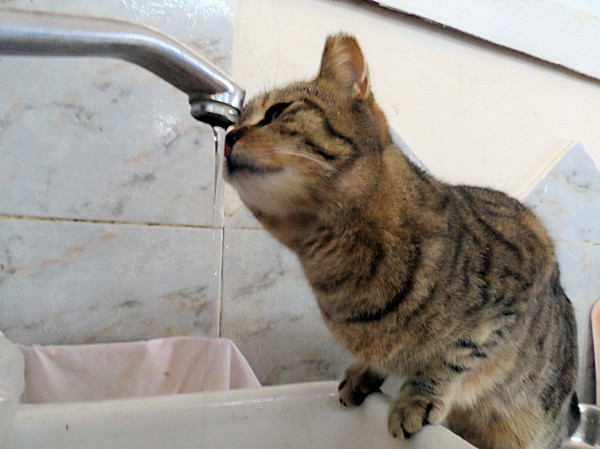 One of the shelter residents drinks from the tap.

How did you start working at the JSPCA? Have you adopted or fostered any cats or dogs from the shelter?

I have always loved animals more than people, and I come from a family of volunteers, so when I had the time to volunteer, this was the place I found. It quickly took over my life, and now I would find it impossible to leave.

I have fostered tens of cats and dogs and rabbits and hamsters over the years and rehomed many. It is often very hard to give them up, but I always try to be sure it is a great home. I now limit myself to older and handicapped animals.

Does the JSPCA get government subsidies for TNR or shelter upkeep?

We get a small once a year allowance from the environmental ministry. Other than that, we depend on donations and adoption fees. 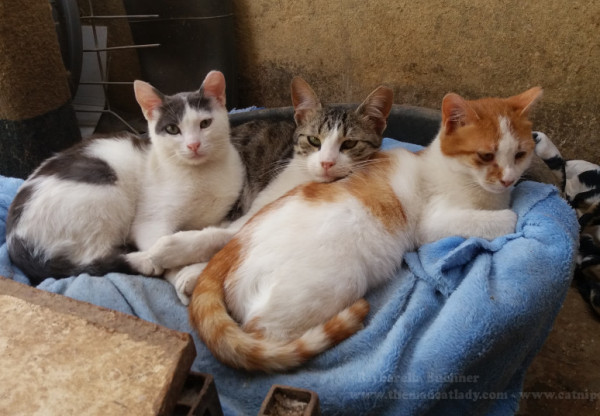 We do have protection laws that are more or less enforced. However, we as a rescue organization have no power, and we can only report to the police or ministry of agriculture when we encounter a problem. 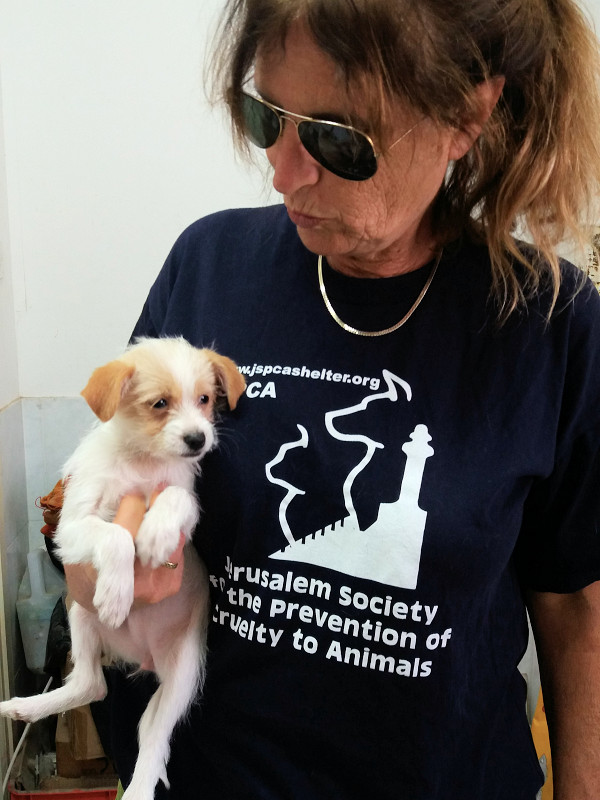 A JSPCA volunteer holds a tiny dog about to be neutered.

Do you rescue animals aside from cats and dogs?

We get calls about many different species of animals in distress. Sadly, we cannot hold larger animals, and small ones like rabbits and hamsters don’t do well with dogs and cats. But when we cannot take in an animal, we try to help through our contacts with other organizations and volunteers. 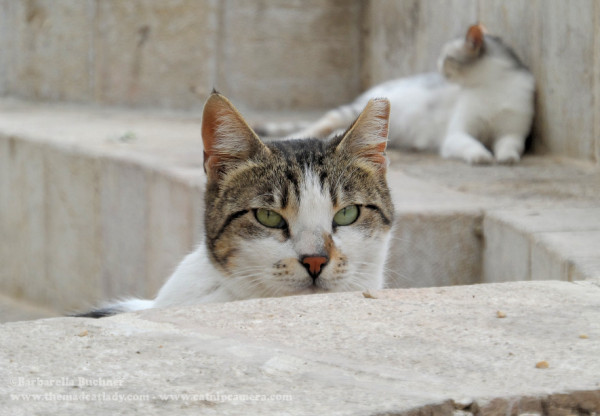 Here’s a cat showing the TNR snip at the top of one ear.

What are the laws regarding killing unwanted animals?

We are an adoption-guaranteed shelter and will kill an animal only if it is not adoptable because of health issues or extreme aggression. The law here allows the killing of unwanted and stray pets, but more and more of the city pounds are trying to kill less and work with rescue organizations like us to get the animals adopted.

Street cats are protected in Israel. They can be trapped, neutered, and returned but not killed.

A JSPCA program gives offenders doing community service a chance to work with you. How successful has that been?

We have some “petty criminals,” usually ones with speeding or other driving issues, who volunteer for us. We are offered these by community service officers, and before they start, they need our permission and also permission from the judge. We interview each candidate and then decide whether they are suitable, and some actually drop out.

We have had a lot of success with the program, and these people help care for the animals, do things like laundry, and also keep the grounds in and around the shelter clean.

A cute ginger cat and an old Husky at the JSPCA.

When many people think of Israel they are reminded of the conflict with Palestine and the associated bombings. Do you help animals displaced by such occurrences or help reunite them with their owners?

When there is an attack, animal welfare always takes a back burner. Because Israelis always feel under attack either from within or without, people see anything else as second in importance. Of course, a major chunk of funding goes to security and that affects all other nonprofit areas.

We have rehomed animals affected by violence, and we have taken in pets who were displaced by evacuations and wars. The army bases are a source of homeless animals, because the animals wander in from villages, and soldiers feed them and call us. 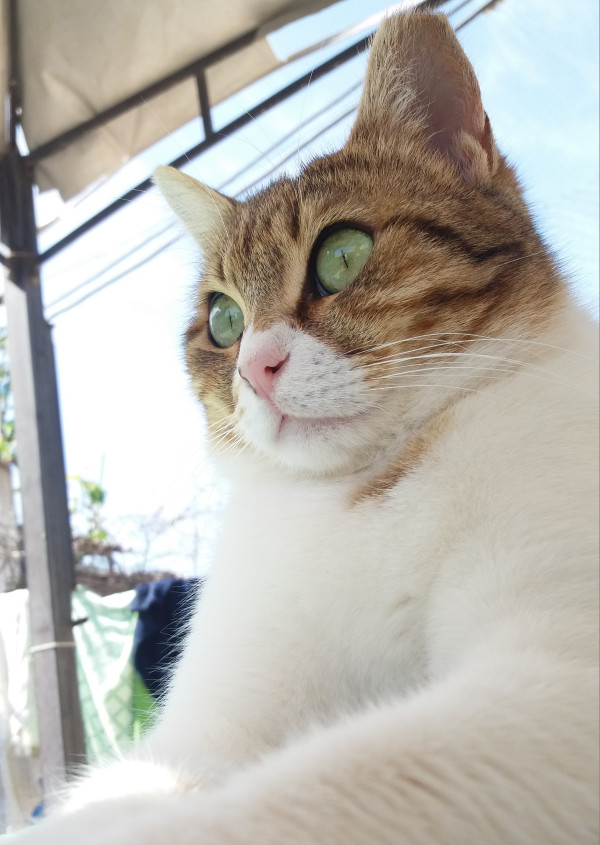 What a stunning beauty!

Do you enter Palestinian territory to rescue animals, and has this caused any problems? Is there any difference in how Palestinians and Israelis treat animals?

We have contacts in various places who help with animals in need, because it is not usually safe for us to go in. The Arab culture in general is not very pet oriented. Unlike in the western world, their animals are kept for work, herding, guarding, food, and so on. So if a guard dog gets sick and can’t work, they are dumped and they get a new one. There is little sentiment. Of course, things are changing and we have rehomed animals with very good families in the larger Palestinian cities like Ramallah.

Israeli society has come a long way from being struggling refugees, most of whom came from communities that did not keep pets. More and more people are deciding to adopt pets, and there are many cat feeders around the country, most of whom realize fairly quickly that if you don’t sterilize your colony, you will “drown.” 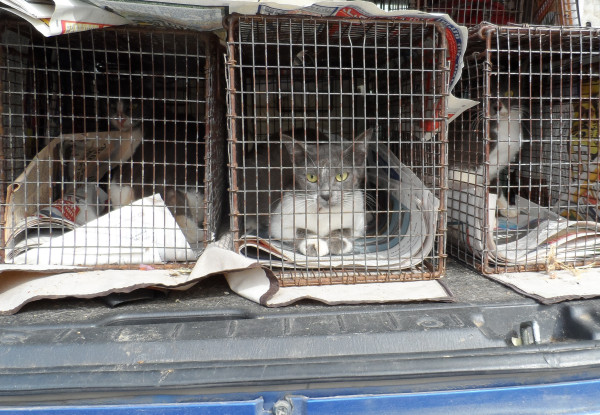 These are feral cats the JSPCA has trapped for neutering/spaying. 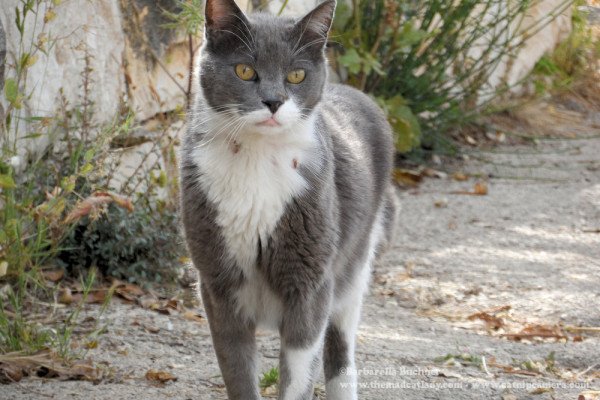 This is the “daddy” of the cats in the cages in the previous photo.

Is there a cat at the shelter who has stood out as extraordinary for you?

My beautiful little Walnut, whom I lost last week. I remember so clearly that Tisha B’av [a day of mourning to commemorate tragedies that have befallen the Jewish people] nine years ago when that nice couple brought her into the shelter after finding her alone in the old city. I told them kittens so young often die even with the best care, but because they were so nice and I have a weakness for torties, I brought her home.

She survived and grew strong and independent. She was barely eating solids and was the size of a walnut when she decided to explore the house, which was full of dogs and cats many times her size, and the name stuck. We almost lost her four years ago to a mysterious illness, but after a week in the Beit Dagan Animal Hospital I started calling her my Six Million Dollar Cat. But whatever they did worked, and she became fat and healthy again, and I never regretted a shekel of what I spent saving her.

Two months ago I noticed her looking a little thin, and this time it was her kidneys, no mystery and no cure. She went so quickly, and I’m reeling and can’t believe she’s gone. I know the last few days were bad and I should have let her go, I’m sorry. I know her suffering is over but I miss her so. Goodbye, sweet girl. 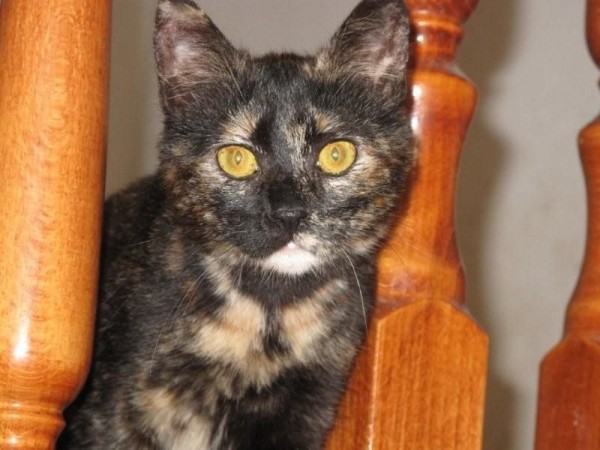 I am so sorry to hear this. Bless you for giving her so much love and care. Taking the JSPCA into the future, are there new ideas on how to improve or promote animal welfare in Jerusalem or Israel?

My plans are to finish sterilizing all of Israel’s pets and close down the shelter! Ha ha, what can I say … we’ll continue with our education and outreach, hopefully extending to the more problematic communities, as well as continuing with spaying and neutering, because that is the solution. And hopefully build a beautiful new shelter. 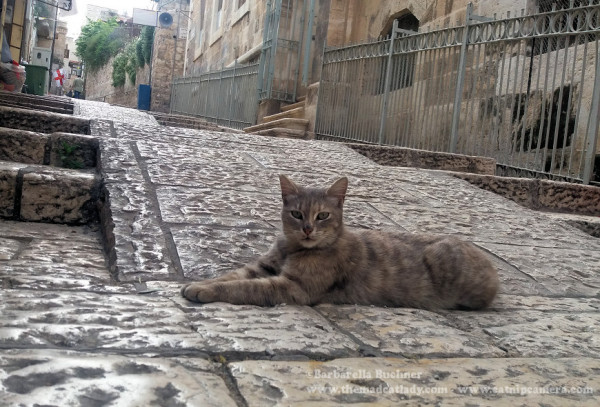 A friendly Jerusalem street cat poses for the camera. 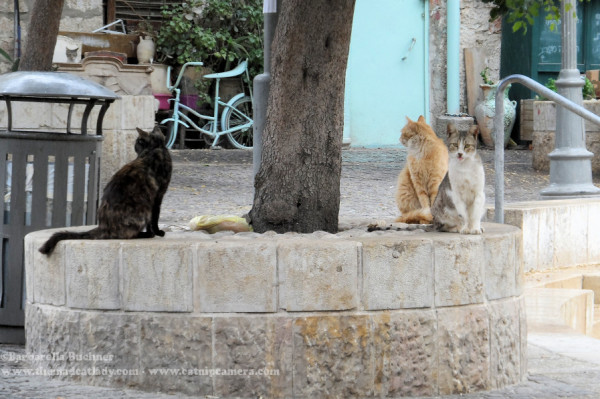 About the Author: Barbarella Buchner — Ailurophile. Geeky Goth Girl. Ex-Musician Singer/Songwriter. Photographer. Web Designer. Fibromyalgia + RA Sufferer. And totally mad. She originally hails from Hannover (Germany), then moved to London, and since 2004 has lived on the tropical island of Lanzarote, together with her tabby twins Lugosi & Spider, and ginger queen Ruby Akasha. She is a photographer, and she works as a freelance web and graphic designer and occasional Catster/Dogster contributor.