Next on The Scoop: Shudder at These Pictures of Cats Wearing Ugly Holiday Sweaters

The 12 Cats of Christmas: Sunny, Ginger Kitty on Wheels

The year is coming to a close, so what better time to take a minute to look back on the most adorable, heartwarming and sometimes heartbreaking cats of the year? That’s exactly what we’ll be doing with the 12 Cats of Christmas. Today’s entry is a special ginger cat who has survived a tumultuous situation … 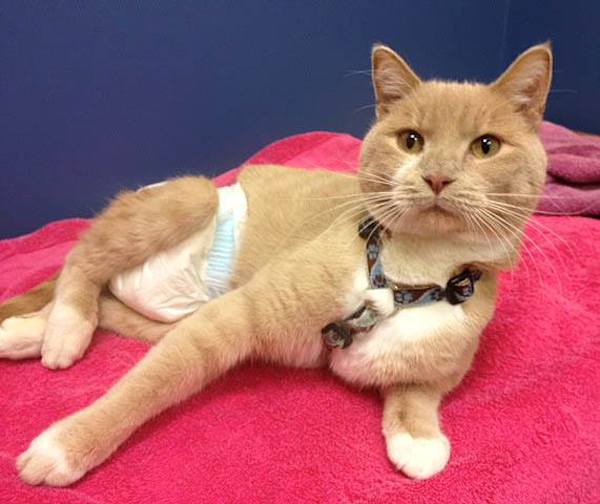 We came across Sunny’s plight late in the year: He’s a ginger cat who seemingly through no fault of his own was shot in the back with a .22 caliber rifle in November. Fortunately, Sunny survived. He was found in a distressed state, dragging himself along the sidewalk, and was rushed to the Catkins Animal Rescue facility. 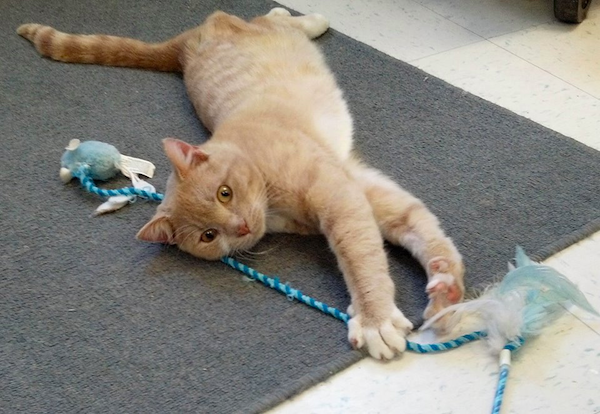 After undergoing X-rays and tests, Sunny began his course of recuperation, which eventually involved him being fitted with a spiffy set of wheels to help him scoot around. He was also discovered to have a bladder problem, which means that sometimes he has to slip on a diaper to control any unscheduled spillages. (If there is a cat who looks more dapper in a diaper than Sunny, we have yet to see him.)

Throughout all of this ordeal, though, Sunny was said to have remained a gentle and loving cat — but one look at his innocent face will tell you that. He’s also bloomed into quite the sociable young gent and is said to enjoy hanging out with both kids and dogs. 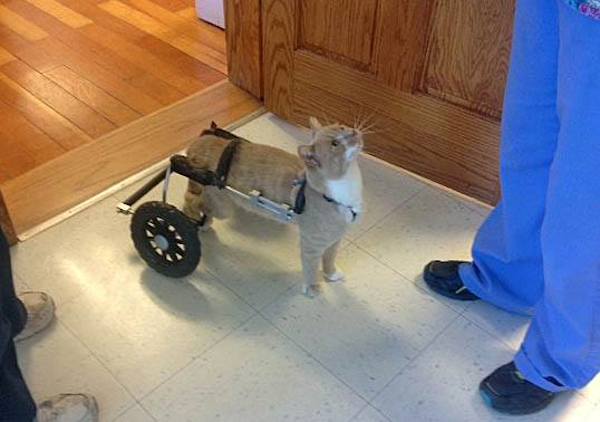 Well, since we first caught up with Sunny’s story it turns out some spectacularly pleasing news has come his way. Posting to the Catkins’ Facebook page, an update on Thanksgiving relayed the following information:

“A very special congratulations goes out to Sunny today. His foster family has officially become his forever family and today he is celebrating Thanksgiving in a home all his own! Holidays are always a time for happiness and celebration, but this news makes today even more special.”