Next on The Scoop: Cat Gagging — Why Does It Happen?
Amazing Cats 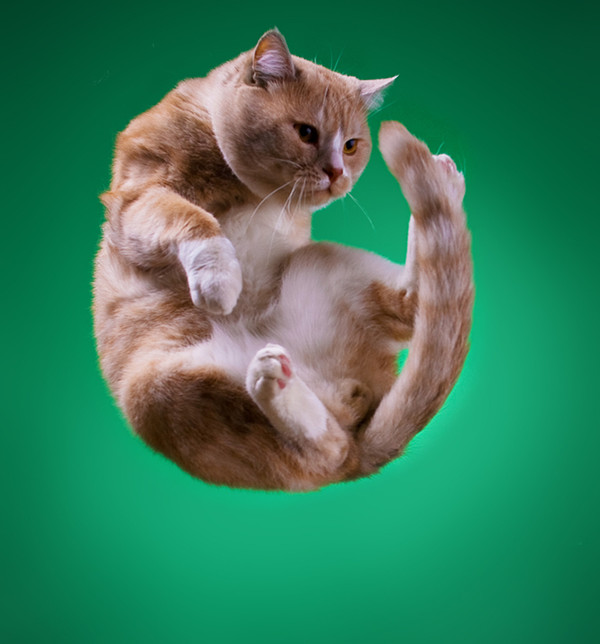 Why Do Cats Always Land on Their Feet?

Is it really true that cats always land on their feet? Find out what makes cats so nimble and graceful when they fall.

The popular proverb “cats have nine lives” is probably derived from their ability to seemingly always land on their feet. This unique talent for aerial moves certainly rivals Cirque du Soleil. It’s a trait that is held by just a handful of mammals. Monkeys, lemurs, primates and squirrels quickly come to mind. But trees are their primary habitat. Cats, not so much now. So how do they do it? Let’s explore why cats always land on their feet!

The ability that cats possess to right themselves as they fall is because of their reflexes. Cat-like reflexes turn out to be a real lifesaving skill! How cats land on their feet turns out to be many voluntary and involuntary responses working in tandem. They essentially are able to twist their body in opposite directions. Then they are able to extend their back legs to create more of a parachute while retracting their front legs to increase the rotation speed on the front of their bodies. 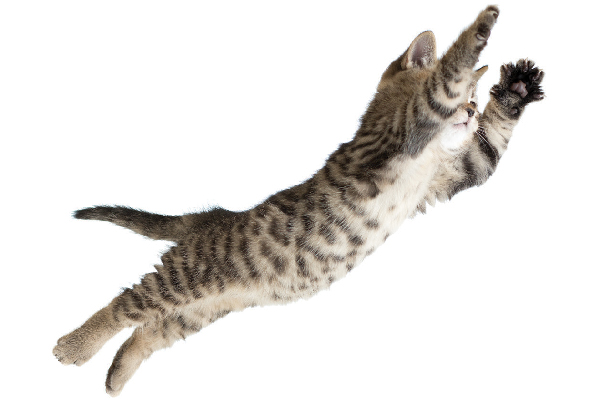 All tree-dwelling animals have an aerial righting reflex, according to biologist Robert Dudley, with the animal flight laboratory at the University of California – Berkeley in a BBC article. And while cats are not living in trees since they came indoors to live with humans about 9,000 years ago, they’ve done their fair share of tree-dwelling and have evolved over the centuries to withstand falls. Their whole body is designed for it!

However, never try to test your cat’s righting reflex – this is a foolish and dangerous idea. A cat pushed or thrown does not have the same advantage of a cat who has lost his footing or miscalculated a leap.

Here are the elements that make your cat’s body a death-defying marvel:

Restless in a high rise

A few years ago, Sugar, a cat from Boston, made worldwide news by surviving a 19-story fall. A prime example of cats always landing on their feet – because the miraculous feline suffered minor injuries. But, there are other kitties who haven’t fared as well.

During the 1980s, the Animal Medical Center in New York City saw a dramatic increase in cats plunging from high-rise buildings. There were so many incidents that they coined the phrase, “High Rise Syndrome.” The white paper on the syndrome states that 132 cats fell from buildings over a five-month period in 1988. Thirty-seven percent of those cats required emergency medical treatment. Amazingly, 30 percent required no treatment. And 90 percent of the cats who received medical attention survived.

While those stats are quite steep in the cats’ favor, there are stats not reflected in these numbers. When a cat falls or jumps from a high-rise and is killed, he is not taken to the veterinarian for treatment. It is not really known what the overall fatality rate for cats falling from high places is exactly.

For health and safety reasons remember:

Our most remarkable house guest

With all their talents, both obvious and more secretive, cats have enchanted people for thousands of years. And while our fascination with all things cat continues, one of their greatest mysteries exposed is why cats always land on their feet!

One comment on “Why Do Cats Always Land on Their Feet?”