Next on The Scoop: What’s Mew at Catster: November 2019 Cat Events
Catster Holidays 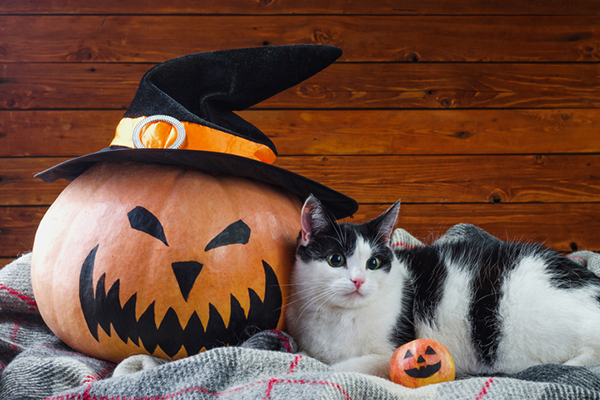 Why No Costumes for Cats

3 reasons why cats + costumes = disaster in my book.

For me, Halloween is more about the decorating than it is about dressing up. My cats feel the same way. While I occasionally make them wear silly witch hats (which usually lasts for about 2 minutes – just enough time for a quick photo), I would never make them wear an actual costume. Well, that’s not entirely true. One year at work I received a package of cute pet costumes, so I decided to try one of them on Jack. It didn’t go well. So, I gave a couple of the costumes to the small dogs next door (who loved them), and the rest went to the animal shelter where I volunteer. 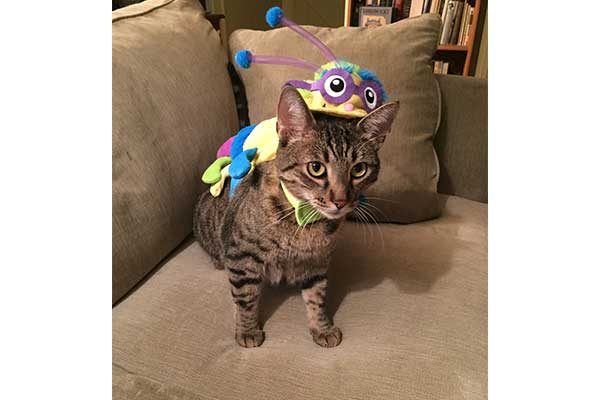 Jack looking a bit perplexed in his costume. He quickly became “the very angry caterpillar,” and I immediately took the costume off.

Some cats have no problem getting all dressed up, and that’s fine – for them. But most cats won’t stand for it, so think twice if you’re toying with idea of dressing yours up this year.

I’d much rather spend Halloween giving out candy and watching scary movies than taking my cat to the emergency vet and spending thousands of dollars getting a foreign object removed. Even if there are no mishaps, the stress your cat is feeling by being confined in a costume just isn’t worth it. And cats are so beautiful and mysterious to begin with – who needs a costume? 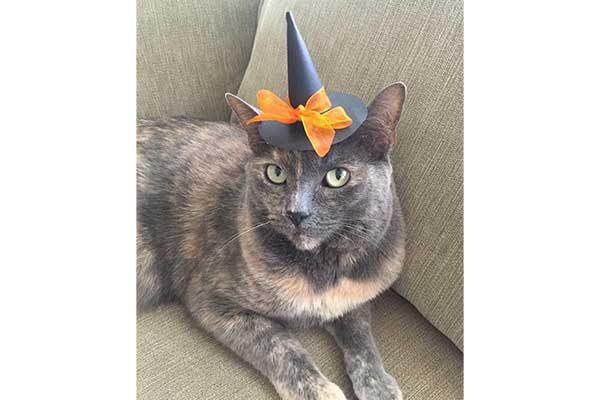 My sweet, patient Agatha modeling a witch hat for me.

I mentioned earlier that I like putting little hats on my cats. Some people might think that’s cruel, but here’s the thing: Every little hat I make or buy is made to simply sit on top of the cat’s head – no ribbons around the neck and absolutely no tape to make the hat stay on. If a cat doesn’t like it, she’ll move her head so the hat falls off, give me a dirty look, and that’s the end of it.

With the right props, you don’t even have to worry about costumes. Even a cute witch hat next to the cat makes for a fun photo. 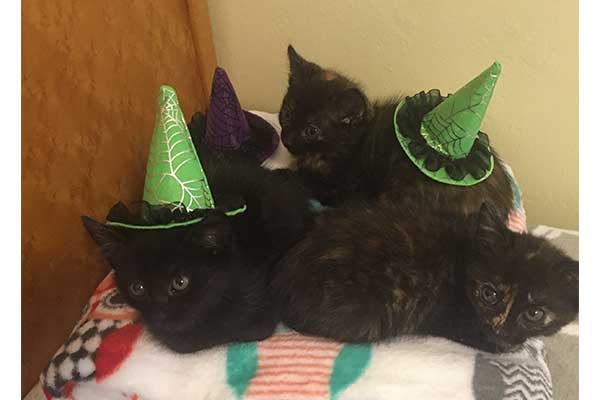 So leave the costumes to all the little ghosts and goblins at your front door, and let your cat enjoy Halloween au naturel.

Annie Butler Shirreffs has worked in the pet industry for 20 years and is currently the senior editor of Catster and Dogster magazines. A cat lover since she was a little girl, she has always had feline friends in her life. She and her husband share their Southern California home with their four cats and an ever-changing clowder of foster kittens, all of whom enjoy being testers for cool, new products.

5 comments on “Why No Costumes for Cats”