Next on The Scoop: Meet Some Cats Who Aren’t Thrilled With Thanksgiving
Catster Home

My Friend Made an Interior Cat Passageway With a Picture Frame

I have a lot of friends who are good at finding unusual ways to solve common problems, and my friend R. is no exception. Like me, R. is a cat lover. She shares her home with several loved cats and humans. (I wrote about R’s ability to think creatively when she had a cool interior door designed for her bedroom. The door kept some of the cats out of the bedroom, but it allowed my friend to be able to hear whether her kids or her elderly parent needed her in the middle of the night.) 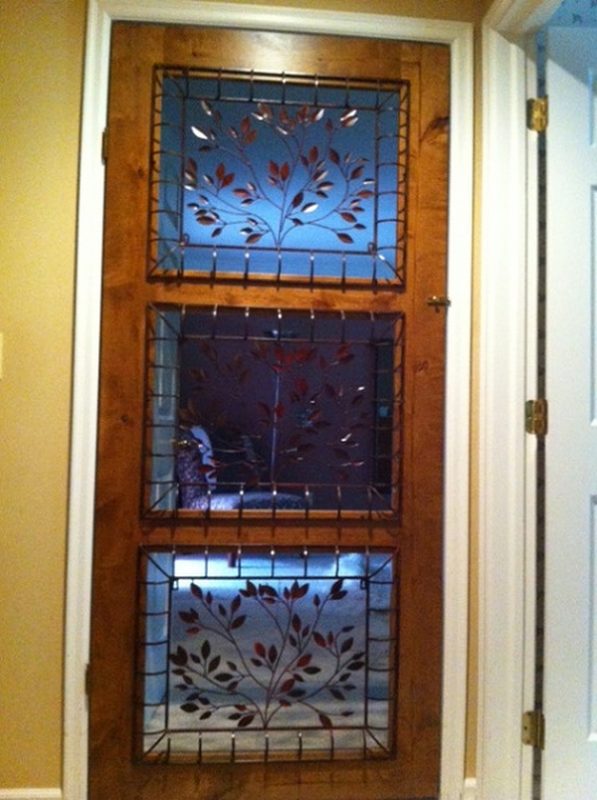 A new need arose in R.’s house, involving kitty dynamics. R.’s other cats were bullying the least dominant and smallest cat, Katy. After trying many of the remedies we hear about (such as Feliway, Rescue Remedy, and so on), the bullying continued. My friend was at a loss so looked for a solution that was not obvious. 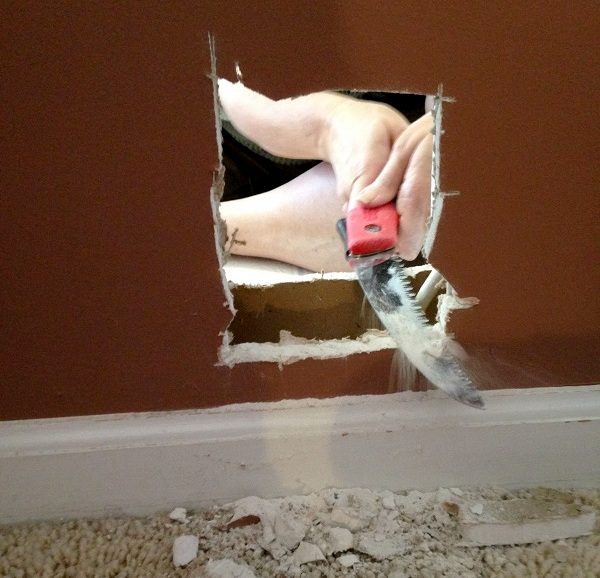 Katy loved being in R.’s bedroom, so my friend R. began confining Katy to that space. The cats were able to interact safely on either side of the very cool bedroom door that I wrote about at Catster. And, R.’s bedroom is quite big with nice windows, so it’s not as if Katy was trapped in a small room without stimulation. Katy seemed happy.

But R. wanted to give Katy even more room. R.’s bedroom shares a wall with a laundry room. R. aimed to make a small cat passageway through the shared wall so Katy could freely go back and forth between the two rooms and none of the other cats would have access to her (other than interactions between the bedroom door pictured above). 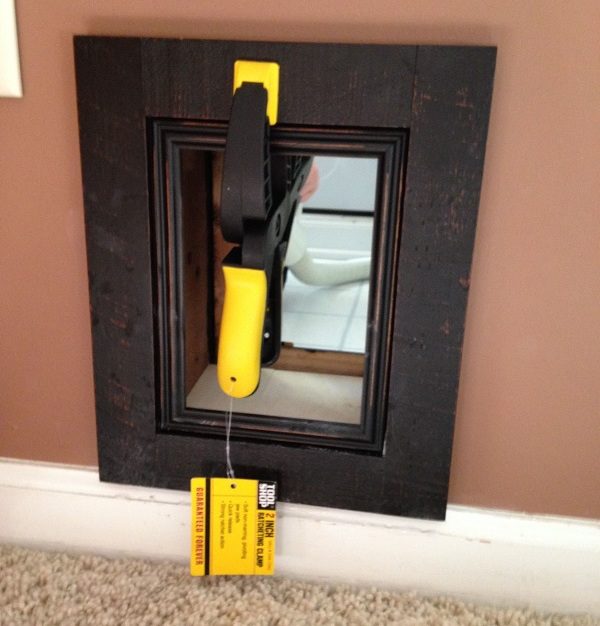 R. thought it through and realized she wanted an opening through the wall, and that the opening didn’t need to have a door. As she said, interior cat doors, for doors, are available and affordable. But doors for walls (designed to go through thicknesses) are designed for indoor/outdoor cats and are often electronic to allow only house pets in.

“I didn’t want something with a swinging (noisy) door and I didn’t want to pay for features that I don’t need. I simply wanted a doorway through an interior wall,” R. said.

As R. thought about how to frame a hole in the wall and make it look finished, the idea of using a picture frame came to her. She didn’t want to mess with power saws, and she wanted the finished product to look nice. She settled on a wood, 5-by-8 picture frame. (Katy is a small cat.) R. did purchase a stud finder so that she wouldn’t hit a stud or any electrical wires.

Next, she cut the hole in the wall just above the existing floor trim and then worked with a small saw to make the hole just the right dimension. R. used the back pieces of the frame along with some craft wood that she could cut easily with her X-Acto knife to frame the opening. This ensured that Katy had a support to walk on and also that she wouldn’t go up inside the wall (Katy is the kind of cat that might do that, according to R.).

The picture frame covered the open edges. R. used wood glue to glue the frame to both sides and she clamped it to dry. The whole project took under two hours.

Katy seems to be very happy with the expanded territory and the new cat entryway. R. always leaves the (human) doors to the bedroom and to the laundry room shut. R. reports that Katy enjoys sleeping with R. in bed at night, and purrs continuously. R says that while she regrets that Katy has to be on her own and not in the rest of the house with the other cats, they do visit through the bedroom door “without rancor.” Katy seems very happy about the entire arrangement. 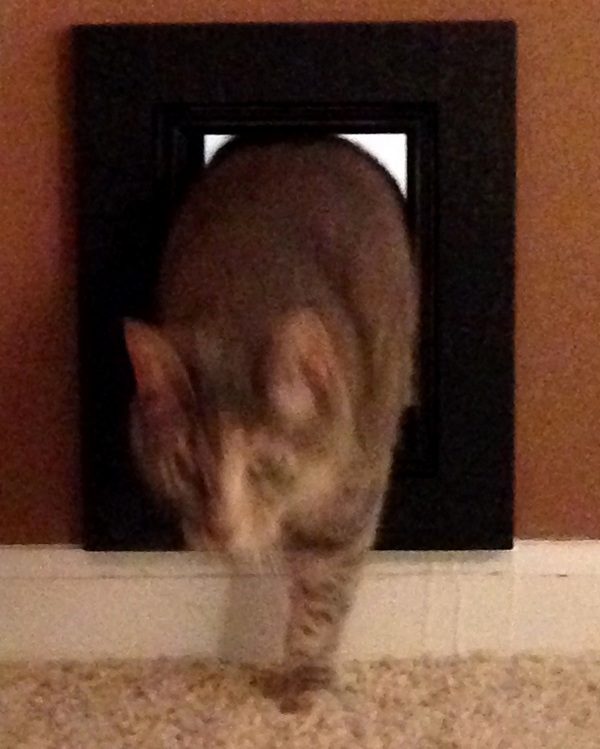 Have you done something like this? Have you gotten creative when the cats in your house needed some sort of solution to make life better? What did you do? Tell us in the comments!