The Wire Lives on with Feline Actors in Kitteh Citteh

The Wire is regarded by many as the finest piece of television ever made. Surely nothing could improve this gritty urban tale of crime, love, and death on the streets of Baltimore. Wait, that’s not true. You can mash the whole thing up with cats!

Yes, possibly for the first time in history, cats are being used for comedy on the Internet. In Kitteh Citteh, Brooklyn-based felines Spanky (the old hand) and Nutkins (named after a cult British TV presenter) are photographed by their owner, Kat Irannejad, in a number of action poses and Wire-style dialogue is added. The results are hilarious and frequently profane.

This intrepid duo fights crime, does deals, and battles the po-lice, all from the cozy confines of their Brooklyn apartment. We chatted up Kat about her ingenious kitty crime drama.

What was the inspiration behind Kitteh Citteh?

My husband and I had just rewatched all five seasons of The Wire and were going through a bit of a withdrawal. We’d find ourselves talking like various characters from the show, most commonly imitating the infamous Clay Davis [Isiah Whitlock Jr.] missive of “Sheeeeeeeeiiiiiiiiiiitt!”

Around the same time, we bought a scratching post for our cats that resembled a city skyline. We’d take pictures of them around it, although they never actually used it, and started putting imaginary dialogue to the pics on a blog — usually as offensive as possible. There’s something about cats and foul language that is endlessly entertaining. Thus, Kitteh Citteh was born!

I initially shared it only with friends, just as an outlet from my stressful job and something to do with the obscene amount of photos we’d taken of the cats. It ended up developing a bit of a cult audience and was even featured on The Huffington Post as a site worthy to waste time on. So cool!

How long does it take to create each episode?

It depends on the photos I have of one or both cats. Some narratives are easy to develop based on the photo … some pics just scream certain scenes from The Wire. I can pump an entry out in a few minutes. I tend to do most all of the entries during lunch breaks or when I get home from work. It really started and continued as a way to decompress and make myself laugh, really.

Tell us more about the feline stars of the show.

Both cats are genuine characters — highly expressive and constantly entertaining. They are kind of like dogs in that they both want to interact with us all the time. They were both strays that we adopted about a year apart.

Spanky, the tuxedo cat, is the elder one, and he’s the more calm, mature presence. Nutkins is the younger, spazzier goofball. He regularly falls off of furniture and is extremely demanding about playing with us and Spanky. They are total bros, and are both really sweet and affectionate and hilarious, and yes, I realize I sound like a pageant mom.

What has been the reaction to the series?

Mostly all positive and enthusiastic — there are a lot of fans of cats and The Wire out there! People (like me) who were obsessed with The Wire seem to especially enjoy the characteristics, dialogue, and personalities of the show’s beloved characters being sort of carried on by Spanky and Nuktins. Some just enjoy the references to Baltimore. The show was insanely well written, and all the characters were so fleshed out and unique that each of their respective personalities and pattern/cadence of speaking was fun to mimic.

I’ve received only one negative e-mail about Kitteh Citteh, from some pretentious idiot whose main complaint was the quality of my pictures.

I’ve also been able to track where some visitors come from, and I kid you not (I have the screengrabs to prove it!) — we get visits from the Dept. of Justice and even the U.S. Senate. I’m hoping they are all secret fans and not, you know, investigating the site …? I know Attorney General Eric Holder was a big fan of the show. It would be so great if he knew about the site and was emailing it to President Obama from the Justice Department!

Are there any other shows you’d consider giving the Kitteh Citteh treatment to?

I’ve definitely been really tempted to do a spinoff of Game of Thrones. The storyline possibilities could be really fun. Same goes for The Sopranos — I’d go to town with that dialogue. Basically, my cats and I are big fans of all HBO shows with sex and violence.

Are the cats willing actors?

Yes, totally, even though they have no idea.

When they are not starring in the show, what do they like to do?

Spanky is really into meow-shouting at us when we get home — like he’s irate we’ve been out all day. He’s also into luxuriating with belly rubs and sleeping on my pile of scarves and hats. Nutkins just wants to play fetch all the time or cuddle and make biscuits on my chest. They both like to watch the toilet get flushed at least once a day and will wait patiently in the bathroom together until we get the hint.

Oh, And they have both also been in a Friskies commercial! The first commercial entirely filmed by cats, actually. Nutkins wore the camera, and Spanky was one of the many stars. Not too shabby for two former strays!

Your name is Kat. Do you think that makes you naturally disposed toward cats?

I am admittedly partial to cats, but I’ll always keep my love for cats in check, so as not to become the crazy cat lady of the neighborhood. If I ever own more than 3 cats at once, you have my permission to stage an intervention.

Who is your favourite fictional cat?

I like that stoner cat from the old Bloom County comics — Bill the Cat. I used to draw him all the time when I was a kid. He ruled. 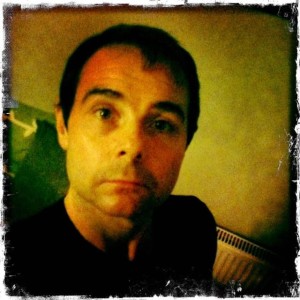 Deadlines, Stories and a Love of Cats