Next on The Scoop: A Cat-Only Vet Turned My Cat from Tortured to Curious
In the News

Ke$ha Adopts a “White Lion” of a Shelter Cat — Bravo!

Mr. Fluffy Pants "has his own bedroom," the singer says, adding she "just couldn't leave him."

Ke$ha and I have a lot in common. While I am (sadly) not a pop star, Ke$ha and I each love glitter and brushing our teeth with whiskey no matter what dentists say. (What’s fluoride?) And now, we each have two adorable rescue cats at home.

Ke$ha has had Mr. Peep$, a Siamese with a penchant for costumes and his own Twitter and Instagram accounts, since July 2012, when someone handed him over through a car window. On Oct. 5, Ke$ha tweeted that she was bringing home a new cat, along with adorable pictures of the fluffy white kitty she said looks like a "white lion." 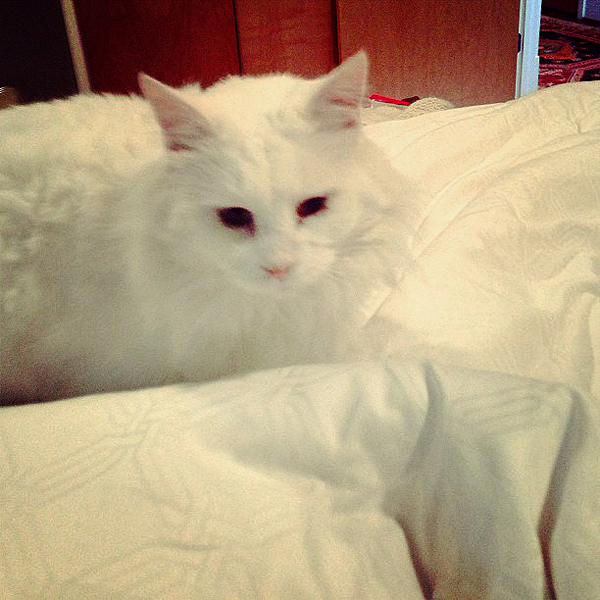 She explained on Twitter "new kitty was in a tiny cage for 8 months … I couldn’t just leave him!! now he has his own bedroom … just need a name ÔÇª" What cat lover could blame her? Stars really are just like us — sometimes they can’t just leave behind a cat who needs a home.

The cat is now officially named Mr. Fluffy Pants, and of course he already has his own Instagram account like every celebrity cat should. There is no word on whether a Twitter account is in development, or whether Mr. Fluffy Pants will put up with being dressed in wigs or a dinosaur costume. 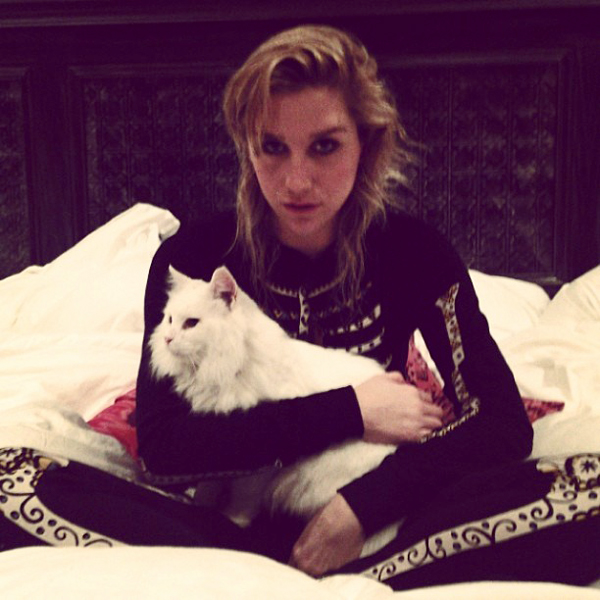 Mr. Fluffy Pants and Mr. Peep$ officially met the day after Ke$ha brought Mr. Fluffy Pants home (not recommended, Ke$ha, but we hope they’re getting along) and the moment was caught in a somewhat anticlimactic Instagram video. But hey, no hissing is a good thing! 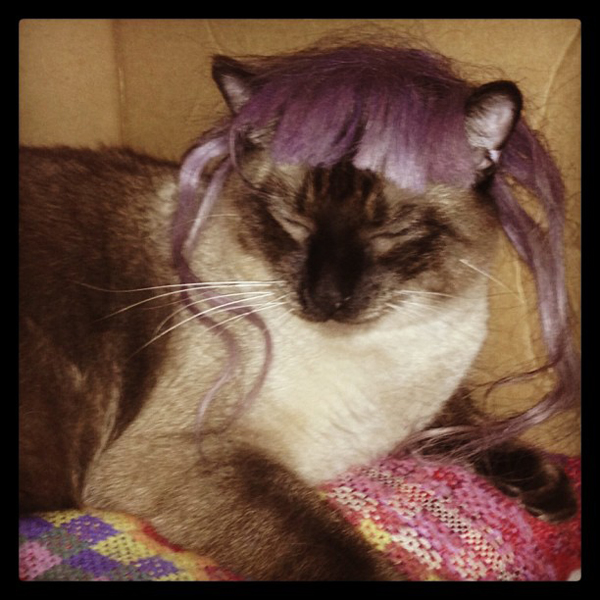 We hope Ke$ha’s latest addition will draw attention to the multitudes of cats waiting in shelters for their forever homes. Mr. Fluffy Pants waited eight months, and we’re sure some cats wait even longer. 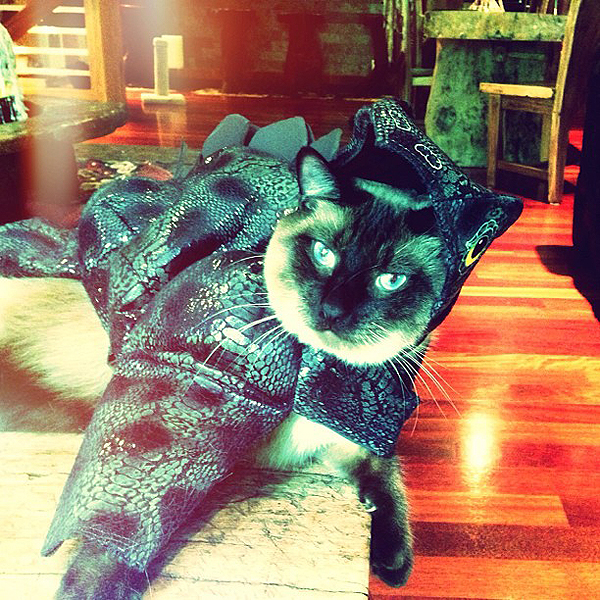 I would be a Ke$ha fan regardless, but her devotion to animals makes me like her even more and makes me feel better about how I’ve been listening to Timber all day. Congratulations to Ke$ha and Mr. Peep$ on their new family member!

Posted in In The News, Shelters, Celebrities, Celebrity Cats, Rescue,