Next on The Scoop: Let’s Talk About Why We Love Having Multiple Cats
The Scoop

Soccer leagues around the world are kicking off their new seasons this month, but the opening game in the Spanish Primera Division between Barcelona and Elche saw a spritely black cat upstage the hundreds of millions of dollars’ worth of talent on display — and it was captured on video. 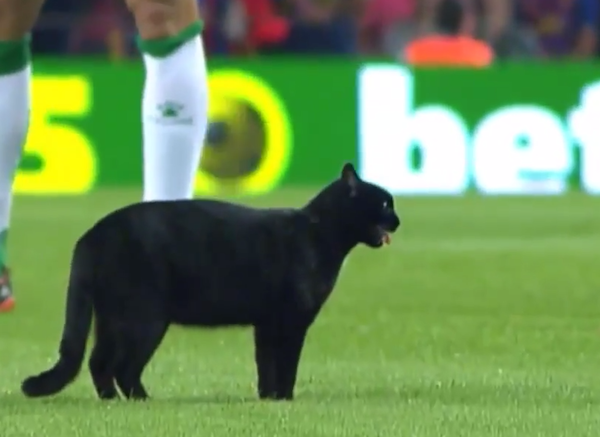 Having sneaked onto the pitch at Barca’s Camp Nou, the speedy all-black kitty toyed with the home team’s number 12, Rafinha, much to the delight of the watching crowd and coaches. 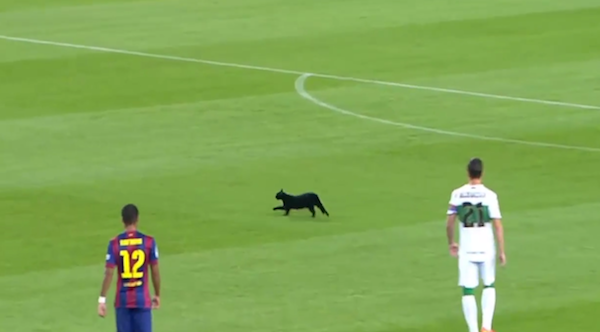 Displaying confidence and poise in front of an audience of more than 68,000, the football-friendly feline found space and time in the middle of the park before eventually heading to the corner flag in a classic case of running down the clock. 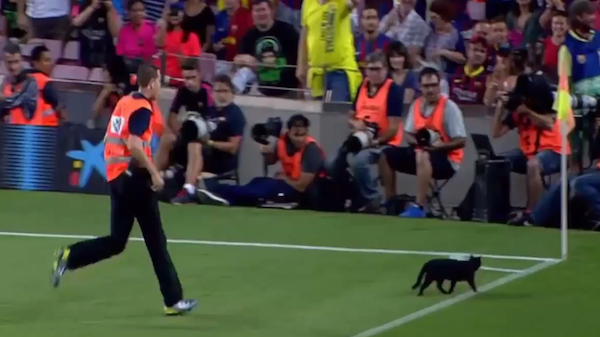 With none of the players, including Barca’s star trickster Lionel Messi, proving either capable or willing to catch the cat, it was left to a plucky steward to eventually scoop him up. That said, if you watch the video below closely, you’ll see the cat seeming to escape from the steward’s clutches as he nears the tunnel to the dressing rooms.

Barcelona’s next home game is on Sept. 14 — rest assured Catster will be first with any breaking news should another cat pitch invasion ensue.