Next on The Scoop: Super Bowl XLVIII: The Complete Guide to Cats
In the News

Weekend Horror: Scruffy the Cat Got Stuck in an Illegal Bear Trap But Made It Home

He might lose a paw; the local SPCA is looking into who might have set the trap any why.

Over the weekend came a horrific vision: Scruffy, a cat from Royal Oaks, California, was found valiantly hobbling along his owners’ driveway with a bear trap ensnared on his leg. The tabby has miraculously survived but might require a paw amputation. (Warning: Some of the following images are not be for the squeamish.) 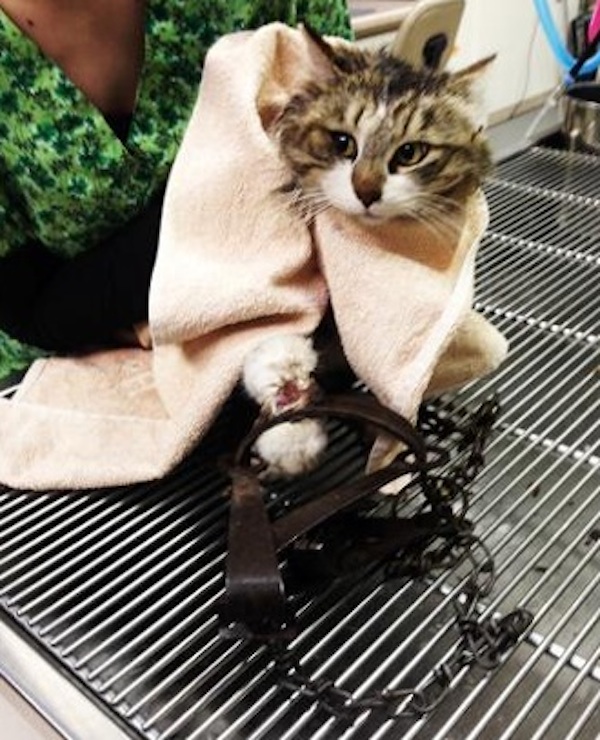 After seeing Scruffy caught in the trap, his owners, Stephanie and Larry Waldrip, rushed him to the East Lake Animal Clinic in nearby Watsonville. The head vet David Carroll and a nurse spent more than an hour freeing Scruffy from the trap. It is estimated that if a human stepped onto the bear trap, she could have easily broken an ankle. 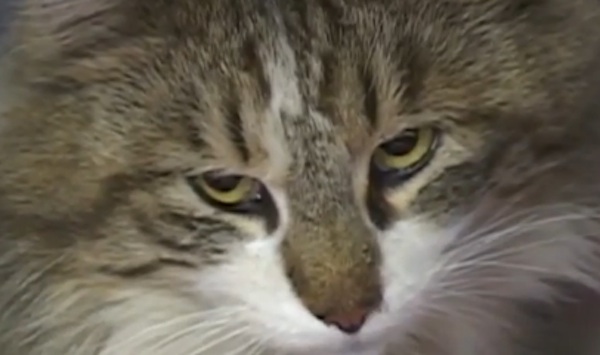 “He’s a scrapper,” the vet told the KSBW news station, before adding that Scruffy apparently has no feeling in his toes and so may need to undergo surgery to remove one of his paws. 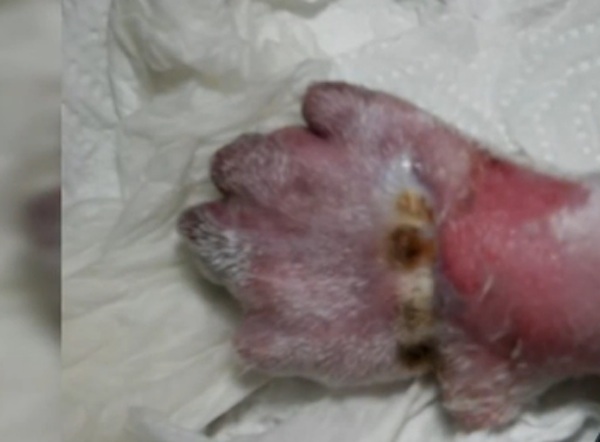 Scruffy’s owners are said to suspect a nearby resident of having laid down the bear trap but they have refrained from going on record about it. They first came across Scruffy a year ago when they noticed him lounging in their driveway and have since become the cat’s owners or at least feeding masters.

At the moment, the local SCPA is investigating the sickening matter and trying to ascertain who laid down the trap that has mauled the poor cat. You can watch more about Scruffy’s plight in the video below.